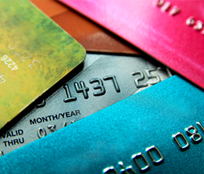 US bank stocks have lost almost half of their value in 2020 due to the negative economic impact of COVID-19 and the resulting hit to shareholder payouts as well as the expected diminished earnings power of banks in a lower interest rate environment going forward. From a credit perspective, we argued last month that it’s likely banks will fare better in a global downturn than the market expects.

Looking at excess return performance at the sector level of the Bloomberg Barclays US Credit Index shows that banks have outperformed the overall credit index by 226 bps in 2020 after the de-risked banking business model produced superior excess returns in the decade following the global financial crisis (GFC) (Exhibit 1). Here we provide additional detail to support our assertion.

“This is not a financial crisis. This is a public health crisis with severe economic ramifications.”–Citigroup CEO Michael Corbat

We fully agree with Citigroup’s CEO Michael Corbat’s observations. We also believe that the markets underestimate the banking industry’s low-risk business model and balance sheet strength, and they unfairly view the current recession as comparable to the GFC. Our view that banks are now stronger, safer and simpler than before the GFC is based on our view that: (1) the banks are not the problem that needs to be fixed; (2) the seeds of future trouble are not present in terms of rapid balance sheet growth, transformational acquisitions or loose underwriting standards; (3) the banking system is now being leveraged to be a critical part of the economic solution through massive fiscal and monetary stimulus and regulatory pragmatism; (4) recessions tend to be much shorter than the rare financial crisis that occurs about once every 25 years and lasts at least five years; (5) banks are arguably better positioned in 2020 for an economic crisis than they have been in decades; and (6) banking industry earnings are the main victim of the current global economic downturn, but bank balance sheets and business models should prove to be much more resilient than what the market expects.

We believe that economic recession is the greatest threat facing banks today. When trying to chart the path forward for bank credit fundamentals, expectations for the economy are a major input factor. As described in the Western Asset 2Q20 Global Outlook, following the coronavirus-related downturn our base case outlook is for a longer, U-shaped global economic recovery. This is premised on the view that near-term growth will be severely impacted, but that this shortfall will prove to be largely transitory as policymakers push to resuscitate economic activity.

The major US banks all expect the US GDP to shrink by mid to high single digits in 2020, but there is sharp disagreement about the duration and ultimate recovery (i.e., whether V-shaped or U-shaped). In its World Economic Outlook, the IMF forecasts an economic contraction in the US of 5.9% in 2020 followed by a 4.7% expansion in 2021, and an unemployment rate of just over 10%. To put these economic expectations into context, the US economy contracted by a cumulative 2.6% in 2008-2009 during the GFC and unemployment peaked at 10%. In its 2019 Dodd-Frank Act Stress Test (DFAST) exercises, the Fed subjected banks to a sharp economic contraction of 10% and an unemployment rate of 10%.

Against this economic backdrop and outlook, the US banks largely missed their consensus earnings in 1Q20, with earnings down roughly by half and with loan loss provisions roughly 3x consensus expectations. However, banks had surprisingly good core, underlying pre-tax provision 1Q20 earnings in terms of relatively flat revenues and expenses with better than expected net interest margins and realized credit costs. The main areas of expected credit stress for banks are credit cards (roughly 70% of actual 2019 credit losses and 9% of industry loans) followed to a much lower degree by the recent revolver draws from several struggling industries (e.g., retail, transportation, etc.) and the energy loan books (roughly 2% of loans).

We Are Constructive on Major US Banks

Given banks’ substantial resilience to economic stress, we believe US banks are arguably better positioned to handle a severe economic crisis now than at any other time in their history. For example, as shown in Exhibit 2, four major US banks have roughly $10 trillion of assets, $900 billion of equity, $150 billion of 2019 pre-tax pre-provision profits, $78 billion of loan loss reserves and excess CET1 capital of $72 billion versus $21.3 billion of nonperforming loans in 1Q20. Importantly, these four major banks stopped their large share buyback programs in mid-March (e.g., $100 billion+ annually) to redirect shareholder payouts and fortify their loan loss reserves for the inevitable spike in bad loans.

The Fed’s most recent severely adverse stress test measured the nine-quarter cumulative loan losses for the industry at $358 billion. We think this is quite manageable compared with loan loss reserves of $129 billion in 1Q20, along with $190 billion of CET1 above regulatory minimums and an estimated $165 billion of pre-tax pre-provision profits for the remainder of 2020. Considering what we believe are banks’ strong fundamental position, we think they will have ample capacity to absorb even severe losses through profits and reserves.