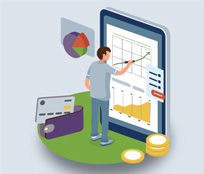 Real consumer spending rose 1.4% in January, partially offset by a -0.2% revision to December. Goods spending (ex. motor vehicles) rose 3.3% in January, only partially offsetting the 3.9% decline reported for December (previously estimated to have been a 3.1% decline). Meanwhile, services spending was unchanged in January from a December level that was revised down by 0.3% from the previous estimate.

As we remarked when discussing January retail sales, an apparently strong monthly gain is actually weak when it fails to fully offset a preceding month’s decline, and again, the January gains, while “strong” at first glance, left the January goods spending level well below what it was in November, prior to the December declines. So, the goods spending swing was right in line with what we already knew from the January retail sales report? No, the surprise in the release was the softness in service spending, which was something we hadn’t seen in preceding months.

The media today is reporting that consumer spending rebounded in January after the Covid omicron variant outbreak restrained December spending. This description is inaccurate. That is, omicron restraints held back consumer spending just as much in January as in December, perhaps more so, given the new softness in services.

Typically, when goods spending is restrained in a particular month by an “act of God”—blizzards, hurricanes or pandemics—it then rebounds in subsequent months to new highs, as consumers double up their spending to make up for purchases not accomplished during the “restrained” month. Clearly, this did NOT happen in January, as goods-spending then remained below November levels. In other words, omicron continued to keep people out of stores in January, just not as much so as in December. Furthermore, consumers in January also reduced patronage of restaurants, hotels, recreational venues and airplanes, something that hadn’t looked to be happening through December.

When omicron restrictions and fears are finally lifted, we will likely see a more honest-to-goodness rebound in both goods and services spending. However, that lift is not likely to come quickly enough to prevent consumer spending from being weak within 1Q22 GDP.

Meanwhile, we would continue to point to the flat trend that goods-spending had been on for eight months prior to the omicron-driven December/January softness. Again, real goods consumption has not shown any real growth since March 2021, as consumers have shifted from goods back toward newly reopened service sectors. (Or, at least, they did until omicron kept them home somewhat, limiting spending on those pursuits). Overall consumer spending is growing merely at the same tepid trend rate as was in place prior to Covid (and below that trend recently).

Finally, we should mention that vehicle spending did rise more substantially in January. Even those gains, however, came after eight months of declines due to the chip shortage.