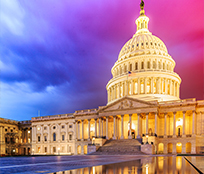 Insights from the IMF and World Bank Annual Meetings

Key Takeaways from the Meetings

We’re in a period of simultaneous secular shifts. Energy and trade flows that have characterized at least the past two decades will not look the same going forward. The implications for markets will vary over the medium- to long-term, with both winners and losers emerging as a consequence of these shifts. In the immediate term, we expect financial conditions to remain challenging given the global repercussions of US monetary policy and the consequent need for US inflation data to turn more decisively lower before global conditions can start to stabilize, and eventually ease.

From a geopolitical perspective, it’s not clear how much the current trajectory can change. The energy arrangement that helped fuel European economic activity has unraveled. This has huge implications for relative prices and competitiveness, which have played out in currency markets. Away from Europe, strategic competition between the US and China will continue to strain the world’s most important trade relationship. The implications for both inflation and long-run growth will remain important, open questions. China’s determination to reengineer its growth model under the direction of President Xi Jinping adds further uncertainty to the outlook for the world’s second largest economy.

In parallel, US inflation dynamics have forced the Fed to pursue policies that increase rather than alleviate global financial strains. Tighter US financial conditions limit policy space globally. There’s very little room for a departure from orthodoxy in this environment, despite social and political pressures that push in the opposite direction. The risk of unexpected/systemic “cracks” will stay elevated in this environment, as previewed recently in the UK LDI experience.

For EM policymakers, there’s a lack of “good” options. Monetary policy had to tighten quickly. In countries that responded to inflation in a rapid and orthodox way, there’s more flexibility now to pause and await the Fed’s end point. But FX strains have surfaced in countries that do not have the resolve to pursue front-loaded hikes, or where existing policy inconsistencies have led to more fragile initial macro conditions. Countries that attempted to absorb the shock through the fiscal accounts, in an attempt to “look through” transitory pressures, now face the difficult task of unwinding accommodative fiscal policies in a still-challenging environment, with limited access to global markets.

Implementing fiscal retrenchment in the context of elevated food and energy prices will challenge lower-rated EM sovereigns. Debt service across single B issuers is probably manageable in 2023. Multilateral development banks (MDBs) and the IMF will help. Policy orthodoxy may eventually help unlock market access, but this outcome is probably path-dependent on the Fed. Sustaining a lack of market access indefinitely risks further instances of debt distress, and a worrying level of underinvestment in sustainable development objectives.

Sustainable finance was a focus in DC, and can potentially help stabilize EM capital flows—to a degree. Significant pockets of financing exist for countries that are willing to do the work on climate change mitigation and adaptation. Environmental best practice can also be a win-win (win) for policymakers, their constituents and investors alike—e.g., investment in adaptation can lower credit risks and improve social outcomes. Sustainable capital flows into EM economies have held up, despite the challenging backdrop, but still lag identified needs. Finding ways to scale these financing channels is a challenge that will require new sovereign debt instruments and better use of MDB balance sheets.

Our View of EM and Geopolitical Regime Shifts