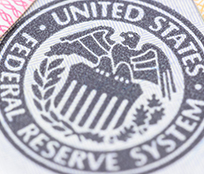 Questions Around the Fed’s Inflation Targeting

Ever since the Federal Reserve broached the subject of average inflation targeting and price level targeting in early 2019, the market has been waiting for some guidance on what it all means for monetary policy. The recent Fed Listens summary gave us little insight into the Fed’s thoughts on inflation. If anything, it highlighted the dichotomy that exists between Wall Street and Main Street on this topic.

The Fed Listens summary brought to the forefront that Main Street in not as concerned about the inflation undershoot as is the Fed. This is no doubt because Main Street is not well served by rising prices. Unlike the Fed, those on Main Street do not feel a pressing need to push prices higher. Rather, they see little or no benefit from inflation. A large percentage of people live on a fixed income, and for others wages are not going up fast enough to keep up with prices of their major consumption bucket: food, healthcare and drugs to name a few. One panelist’s comment from the Fed Listens event in Chicago really drove this point home: “It’s expensive to be poor in America.”

So then why is the Fed hellbent to get inflation above 2%? Its reasons are many. The Fed wants low and steady inflation as that provides a foundation for stable economic growth. The Fed wants to have some cushion to stimulate economic activity in case of a slowdown. The Fed also wants to avoid the trap of debt deflation. This is where depressions occur, as the real value of debt rises due to deflation. This debt burden then leads to a cycle of defaults, drops in collateral values, and declines in lending activity and growth. The Fed also realizes that “an ounce of prevention is worth a pound of cure” and does not want to see the US come anywhere close to an entrenched period of deflation like Japan has experienced. Beyond these concerns around deflation, there is the issue of the debt overhang in developed markets that has built up over the ages. This debt burden needs to be addressed and many believe that in the absence of inflation, debt would become untenable.

Is the Fed’s fear of deflation overstating the risk? We are a long way from deflation and it is not evident that low inflation drives lower real growth. Does 1.5% versus 2% inflation really impact consumer behavior, business investing and lending activity? Consumers likely cannot tell this small difference in price levels and businesses are more driven by inherent growth opportunities as opposed to marginal price differences. The Fed likely fears our economy could be on a path similar to that of Japan. But, there is no real evidence of this as structural dynamics are different here in the US. Our corporate sector is healthier, our banks are solvent, our demographics are better, and our fiscal and monetary policies are more informed and coordinated. The asset bubble collapse in Japan was also of a larger scale. Besides, Japan’s real per-capita growth and income numbers remained healthy through their long episode of disinflation/deflation. What’s more, regarding debt deflation, debt dynamics in a world of QE and growing central bank balance sheets are less of a risk as would have been the case if the private sector balance sheet exploded.

Is 2% really the right inflation target? The Fed’s preferred measure of inflation, core personal consumption expenditures (PCE), has averaged 1.6% since the Fed adopted a 2% inflation target in January 2012 and has been in a fairly stable range of 1.25%-2.0% on a 12-month rolling basis. An inflation target of 1.5% versus 2% would have meant we have been meeting our inflation objectives, which could have led to better sentiment and better inflationary expectations. Also, the underlying inflationary impulse in the US economy is hard to know in the given moment, and it varies over time. This is the case as the non-monetary drivers of inflation, such as productivity, demographics, technology and global trade are constantly changing. So why does the Fed have such a rigid target and should it adapt a range as its target?

Why are we printing so much money when there are no signs of sustained deflation, and is this making things worse? The Fed’s liberal policies have drawn the ire of many market participants due to potential unintended consequences and the impact of its policies on asset prices. Our sovereign debt burden is mounting, aided by the Fed’s balance sheet expansion. These excesses will have to be unwound sometime in the future. Are we just kicking the can down the road to future generations? Additionally, economies with low interest rates are sustaining structural damage through misallocations of capital and economic dynamism/falling productivity; meanwhile, inequalities are rising. Finally, there is the question of the seemingly insurmountable debt levels in developed markets. Is inflation the only way out from under of this debt burden? Ironically, central banks may be encouraging the growth of debt by keeping interest rates doggedly low, leading us further down the debt trap.