The Fed is embarking on a review of its policy strategy, tools and communications practices. Part of this effort includes a public relations exercise of scheduled events called “Fed Listens” that we think is unlikely to result in any big changes. We do expect a shift in the Fed’s inflation strategy, allowing for higher inflation during expansions, but doubt this will have any significant effect on inflation expectations. We think this approach will make further rate hikes in 2019 even less likely. 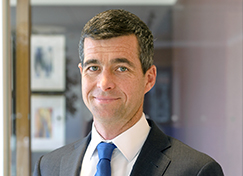 This year the Federal Reserve (Fed) is conducting a review of its monetary policy strategy, tools and communications practices. The review includes Fed Listens events around the country that promise to be a welcome diversion from the usual Fed fare of overly dry speeches. The results, however, are unlikely to hold any surprises. The goal of conducting this public review is to build awareness, and by doing so to bolster the Fed’s institutional standing. Having a contentious public debate or arriving at an unforeseen conclusion would risk creating an impression of a capricious institution rather than one that is both stable and reliable. Therefore we expect this review will be drier than it otherwise could be, with predictable results.

The questions posed at these events also suggest that the review will be far from game-changing. For example, the Fed will consider whether its existing monetary policy toolkit is adequate. Anybody paying attention to recent central bank communications already knows the answer: “Yes, we have an adequate toolkit.” In some sense the Fed has to say that. Even hinting at anything else would be uncharacteristically risky. In a similar vein, it won’t be much of a revelation when the Fed also concludes that its communication policy is effective in its current form.

There is one question, however, that is potentially more interesting. The Fed is likely to change its strategy with regard to inflation. In particular, the Fed is considering adopting a “makeup strategy,” under which policymakers would seek to have inflation to be above 2% in some periods to compensate for the periods in which it falls below 2%. In keeping with the theme of limiting surprises, a number of senior Fed officials have recently signaled a preference for such a strategy. There are still some details to be ironed out, but the movement in this direction is clear.

“…a process that is designed to limit surprises is unlikely to have much of a market impact on inflation expectations.”

The rest of this note proceeds as follows. First, we’ll discuss the details of the likely makeup strategy. Second, as this is far from a new idea, we’ll review why this is being considered now. Third, we’ll evaluate the potential for the Fed to successfully raise inflation expectations. Finally, we’ll outline the market implications.

At the risk of giving away the punchline, a process that is designed to limit surprises is unlikely to have much of a market impact on inflation expectations. The principal investment implication is that the Fed’s new strategy makes further rate hikes this year even more unlikely.

In practice, the magnitude of the change to the Fed’s goal is likely to be modest. Consider the following back-of-the-envelope calculation. If we assume that a recession happens once every eight years, that the recession keeps growth below potential for 18 months and that inflation falls to 1% while growth is below potential, then an AIT strategy would compel the Fed to aim for 2.25% inflation during the subsequent expansion. Obviously this is sensitive to the assumptions about the depth and length of the recession. Nonetheless, the conclusion is clear: this would be a modest change. One final point on the AIT strategy: the target during the expansion period is not based on actual realized inflation. Instead, it is simply a higher target than the Fed would otherwise have during an expansion. This last point distinguishes the AIT from price level targeting (PLT), which the Fed is also considering.

As with the AIT, a PLT strategy would require the Fed to allow inflation to rise above 2% in expansionary periods to offset recessionary periods when inflation would likely fall below 2%. The key difference is that the Fed’s target during an expansion would be dynamic, in the sense that it would be based on the realized shortfall in the previous downturn. If the economy experiences a longer recession, for example, then the Fed would be forced to be more aggressive in the post-recession period in its attempt to raise inflation. Adopting a PLT strategy would therefore constrain the Fed somewhat more than the AIT strategy, which is a key reason why the PLT strategy is less likely to be adopted.

“To be sure, by forcing the Fed to seek inflation above 2% during an expansion, the AIT strategy would represent an evolution in Fed policy.”

The PLT raises awkward questions about how to define the “correct” price level. If the price level was correct in, say, 1995, then PLT would demand the Fed to aim for dramatically higher inflation today to make up for the shortfalls over the last 20 years. If the price level wasn’t correct in 1995, why not? Is today’s price level any more correct? It’s hard to say. A final problem with the PLT is it may force the Fed into an uncomfortable corner. Imagine, for instance, that inflation accelerates to 4% for two years. Would the Fed really be willing to tighten policy such that inflation falls to 0% for the following two years? Likely not. It’s easy to see why the Fed would just as soon sidestep these thorny issues posed by a PLT.

To be sure, by forcing the Fed to seek inflation above 2% during an expansion, the AIT strategy would represent an evolution in Fed policy. Our view is that it would be a small step rather than a big leap from where the Fed is today. We’ll return to the question of how the Fed would seek to achieve the higher inflation in a later section.

The arguments for makeup strategies are not new. To the contrary, the arguments being made by Fed officials today are essentially the same as those made by Fed skeptics two years ago.1 Understanding why this is coming up now provides some useful perspective. Toward that end, here are three observations about why the Fed is likely pursing this option now:
“Actions speak louder than words and the Fed’s actions have consistently called into question its commitment to higher inflation.”

These three observations are related and can be summed up more succinctly. Over the last few years the Fed prioritized policy normalization and persisted in hiking rates even though inflation was below target. As a consequence, the Fed’s credibility on inflation is now questionable and inflation expectations are below where the Fed would like them. Now that the normalization objective has been met, the Fed is turning back to its inflation mandate with the goal of nudging inflation expectations back up.

Can the Fed Increase Inflation Expectations?

While the Fed’s desire to drive inflation expectations higher is clear, its ability to accomplish this is questionable at best. A large part of the problem is that the Fed has damaged its own credibility by subordinating the inflation objective over the last few years. Actions speak louder than words and the Fed’s actions have consistently called into question its commitment to higher inflation.

To re-establish its credibility, the Fed would likely need to take some concrete action in pursuit of higher inflation. In the current environment, the policy prescription coming from the AIT is straightforward—the Fed should be cutting interest rates. The Fed’s own projections for core inflation only reach 2.1% this year and next, before falling back to 2.0% thereafter. Even if we assume those forecasts will prove to be accurate, the inescapable fact is that these inflation forecasts are below the AIT-implied target of 2.25%. Projections of below-target inflation are usually associated with easing policy.

The problem is that cutting rates in the current environment would run against a number of the Fed’s biases. First, the Fed tends to be more focused on the unemployment side of the dual mandate. It would be uncharacteristic for the Fed to cut rates with the unemployment rate below 4%. Second, the Fed generally expects inflation to pick up. An easier solution to the AIT problem would be for the Fed to simply raise its inflation forecasts. Indeed, that’s been the solution over the last few years. Finally, it’s not obvious that Fed officials are ready to take meaningful risks with policy at the moment. They may need to take risks in the next recession, so it’s arguably better to save their political and social capital for that, rather than trying to get inflation a few tenths higher today. These biases could be overcome, and the Fed could cut rates, but that would be a very surprising outcome. After all, as recently as late January there were still “several” Fed officials who wanted to hike rates later this year!

Even if the Fed were to take a concrete action toward supporting inflation, it’s not clear that would be sufficient to raise inflation expectations. Over the last few years a number of central banks have attempted to raise inflation expectations. The attempts have ranged from the mostly rhetorical (e.g., the Fed’s embracing a “symmetric” inflation target) to the more substantive (e.g., the Bank of Japan’s “bazooka,” which included negative rates, unlimited quantitative easing and aggressive forward guidance). Yet, in all cases inflation expectations have trended back down after a short-lived rise following the announcement. The determinative factor seems to be that realized inflation has failed to pick up.

While the Fed is unlikely to cut interest rates to support inflation, there is another way in which the Fed could make good on a new AIT strategy. If inflation were to increase later in the year, the Fed could simply stay on hold and let inflation rise above 2%. This wouldn’t be easing in an outright sense, but the Fed would argue that it was easing relative to its previous baseline, and therefore counts as taking action to get inflation above 2%. In such a scenario, inflation expectations might respond by moving modestly higher.

“Rather than focusing on inflation expectations, a more straightforward implication of the Fed’s new AIT strategy is that it makes future rate hikes even less likely.”

Rather than focusing on inflation expectations, a more straightforward implication of the Fed’s new AIT strategy is that it makes future rate hikes even less likely. Consider the possible scenarios. In the scenario where growth and inflation are weakening, then for sure the Fed would not be hiking. In the scenario where growth and inflation were accelerating, previously there may have been inclination among Fed officials to respond with hikes, but the new AIT strategy will compel them to stay on hold, letting inflation rise above 2% without any corresponding action.

It would have been much clearer had the Fed simply stated directly that no further hikes are likely this year. That would have taken the excitement out of the Fed Listens events, which would be a shame because holding those public events is likely the main point here anyway.