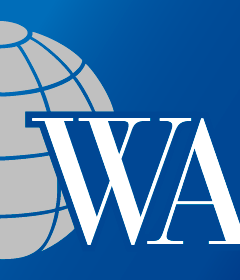 Why Australian Fixed-Income Is Always on the Agenda

Investors in Australia retain one of the lowest allocations to the fixed-income asset class in the developed world. While this is a concerning fact, what is more alarming is that these assets have been allocated to cash and term deposits.

There is undoubtedly a structural element to this allocation based on investor biases (lack of fixed-income understanding) and market structure (historically high term deposit rates); however, both institutional and retail investors have maintained a low allocation relative to international counterparts, despite watching Australian fixed-income outperform cash over the past decade.

Cash and term deposits play an important role in a client’s overall asset base depending on their circumstances. But, it’s important to realize that the characteristics of cash and term deposits are very different than those of an Australian fixed-income portfolio and therefore they are not necessarily a sound replacement in a diversified portfolio.

The Appeal of Australian Fixed-Income

We have seen a dramatic decrease in the level of domestic interest rates since 2008, with the 10-year bond yield falling from around 6% to below 2% in August 2016 (Exhibit 1). As we know, a decline in yields equates to an increase in the capital value of bonds held and when combined with coupons, can result in attractive total returns. This multi-year rally in bonds has led to numerous market commentators citing an impending doomsday as the so called “bond bubble” bursts if bonds return to their 10-year average.

Many who subscribe to an impending doomsday scenario use well understood bond math such as effective duration to justify their expectations of an extended period of significant negative returns for the asset class.

While effective duration is a reasonable measure of interest rate sensitivity for an instant price shock to a single government bond, it fails to capture the true total returns of a fixed-income portfolio and actually gives you the wrong answer.

Time Is Your Friend in Fixed-Income

Simply using duration to measure the total return of a portfolio over a period of rising yields fails to account for other factors, such as:

Fixed-Income Portfolios Are More Than Just a Single Government Bond

Yield Curve Positioning – While effective duration is a reasonable measure for the price impact on a single bond for a point-in-time interest rate movement, it is less accurate on the impact of a portfolio of bonds, as a portfolio is made up of numerous bonds spanning across the yield curve. When interest rates move, they rarely move in a perfectly linear fashion across different bond maturities; the yield curve may steepen, flatten or change shape based on the fundamental or technical drivers supporting the change in interest rate expectations.

This results in bonds of differing maturities experiencing very different mark-to-market price movements. While some may depreciate significantly, others could remain flat or even appreciate in value.

Different drivers impact different sections of the yield curve bonds with short maturities, which are often influenced by expectations of future moves by the Reserve Bank of Australia (RBA), and the longer-dated bonds are influenced by global factors such as inflation, debt loads or demographics.

Consistently Re-investing – The fundamental structure of a portfolio of bonds requires it to be regularly re-invested as it receives coupons and as the bonds mature. In this context, despite the initial price decline stemming from a rise in rates, over the medium- to long-term it is better for a bond portfolio’s total return to be re-investing at the higher interest rate level.

Credit Spreads – Credit spreads refer to the additional return above the risk free rate (that of a government bond) that is required by investors to hold riskier debt, such as that issued by corporations. This spread differs from sector to sector and company to company and is heavily influenced by the prevailing and expected economic conditions. Credit spreads generally decrease in periods of rising interest rates as conditions in the economy are viewed to be strong or improving.

Active Management – Skilled active fixed-income managers not only have the ability to lower portfolio duration in the face of rising rates, but also to adjust the portfolio’s exposure to any of the factors listed above. Furthermore, there are other tools such as inflation-linked securities or derivatives that can be employed to implement conditional strategies that may dampen or negate the negative mark-to-market returns from rising rates.

Each of these factors can help complement the pure return of interest rates in a fixed-income portfolio.

We have seen a multi-decade decline in bond rates in Australia, from the excessive inflationary conditions of the 1980s through to the more recent environment where inflation has regularly undershot the RBA’s target (Exhibit 3).

While rates have fallen over the long-term, Exhibit 3 highlights the bear market periods during this time, where interest rates levels have increased by 2% or more.

In Exhibit 4, we have tracked the yield change (dark blue) and performance (blue) of the 5-year Australian Government Bond (ACGB 5-year) during the highlighted bear market periods. This provides an example of the power of coupons and roll-down, with the running yield over the 1988-1989 bear market being sufficient to negate a negative capital return—with the bond generating a flat total return.

To highlight the impact of the other factors mentioned above such as a credit allocation and the benefit of active management, we have also included the return on both the Bloomberg AusBond Composite* 0+ Index (green) and the Western Asset Australian Bond representative account (yellow). Note that the Western Asset strategy has managed to generate a positive total return in three of the four bear market periods for bonds.

What the above chart also highlights is that the velocity of a rise in interest rates is just as important as the destination. For example, a protracted grind higher over an extended period has less of an impact on the total return of a bond portfolio (over the specific period) than an instantaneous shift, as coupons and reinvestment proceeds help to compensate the investor.

Given the investment time horizon for a core Australian bond portfolio should be five years or longer—if the period of rising interest rates is meaningfully shorter, the reinvestment of coupons and maturing bonds in the portfolio will likely result in higher total returns for a long-term investor.

Why Do We Include Australian Fixed-Income in a Diversified Portfolio?

When comparing Australian fixed-income to cash or term deposits, cash only generates a modest level of income—though it does provide daily liquidity. While term deposits provide a slightly higher income level, this comes at the cost of lower liquidity. While some consider both to be slightly safer than Australian fixed-income, given they sit higher within the bank’s capital structure (relative to bank senior debt) and do not face the same mark-to-market volatility as that of government bonds (given that there is no market price on term deposits), there is a clear cost attributed to such an allocation and in this case it is long-term underperformance.

While many investment commentators fear the initial capital price impact to bond markets due to their expectation of a sharp interest rate rise, factors such as the velocity of interest rate change, receiving coupons and roll-down over time dampen the drawdown. Further, through the effective use of the broad investment tool set available to bond managers, highly skilled active managers such as Western Asset have a proven track record of reducing risk and enhancing returns for investors. Finally, by merely holding a bond to maturity (assuming no default) we receive par value and coupons—the same as what is offered by term deposits, only with the added benefit of liquidity.

Overall, a period of rising interest rates represents a more challenging period for Australian fixed-income markets; however, the reality of a rising interest rate environment on the back of improving economic conditions is a far cry from the dooms day expectations of some market commentators.

When we assess the low overall impairment to an investor’s portfolio of an Australian “bond bubble” scenario, relative to the impact of an equity bear market scenario, we believe it is prudent for investors to include an allocation to Australian fixed-income in their portfolios.