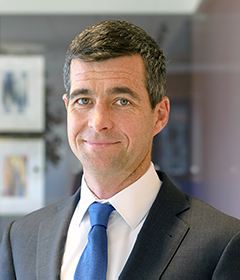 Today the Federal Open Market Committee (FOMC) announced a reduction in its reinvestment of maturing bonds. Most of the details have been out for a while, and all that really happened today was making the plan official by including it in the FOMC statement. Western Asset has written extensively on the Fed’s plans for its balance sheet: As Fed Reinvestments End, New Opportunities Arise for Bond Investors, Fed Balance Sheet Normalization: When Boring Is Good and Four Lessons from the Taper Tantrum of 2013. As we laid out in these pieces, we did not anticipate any market volatility related to the announcement, and the price action has been in line with our expectations.

There are still some unanswered questions about the future of the Fed’s balance sheet, although none that are likely to be resolved anytime soon. In particular, how large will the balance sheet be in the future? Will the balance sheet have any MBS? Will the Fed continue to buy notes and bonds, or will it switch to buying bills? The answers will depend both on how economic conditions evolve and on who is leading the Fed over the next few years.

Looking Ahead to December: Odds Favor a Hike

The market is still not fully priced for a December rate hike, although the probability has increased from the recent low of 20%. We see a December hike as more likely than not. There are a few components to our view. First, our outlook is for continued growth, both in the US and globally. Second, financial conditions have become more accommodative this year, and in particular the US dollar depreciation should support growth and inflation. Finally, the Fed has been pretty clear in stating its desire to move away from emergency policy and we think this will continue with a few more slow, gradual and cautious hikes.

The FOMC dots, released today, also tilt the odds in favor of a December hike. The dots show that the majority of the FOMC anticipates a December hike will be appropriate. While it is true that some FOMC members remain cautious, we think continued growth and accommodative financial conditions are likely to tip the considerations toward another hike.

Another way to think about the Fed call is to revisit the last time the Fed backed off from its plans, and use that experience to assess what is required to force a Fed retreat. In February of 2016 the Fed executed a major dovish pivot, abandoning its plans for quarterly hikes and reverting to a wait-and-see posture. At the time (Federal Reserve Update: Unless and Until), we noted three specific factors behind the Fed’s pivot: growth had slowed (real GDP growth in 4Q15 and 1Q16 were both feared to be negative), financial conditions had tightened (the S&P 500 fell by 10% in the first six weeks of the year), and inflation expectations had severely deteriorated. With the possible exception of inflation expectations—which remain below the Fed’s long-term target, even though they have recovered from 2016 lows—the outlook today is very different. Barring a flare-up of the same concerns that were pervasive in 2016, we think the Fed will continue with its plans of slow normalization.

President Trump has said that he, personally, is a “low-interest-rate person” and we strongly suspect that he favors a “low-interest-rate” Fed chair. Moreover, during the campaign President Trump said he would replace Janet Yellen because “she is not a Republican.” We think there is something to that, as a Republican Fed chair would be more likely to be on board with Trump’s deregulation agenda, among other things. There are good precedents for choosing a Fed chair from your own party; Reagan chose Greenspan, Obama chose Yellen, etc. Putting these two facts about Trump together, we think he will choose a “Republican low-interest-rate person.” One possible candidate, not currently on many people’s radar, would be Jerome Powell. (See more on this possibility here: President Trump’s Pick for Fed Chair).

John L. Bellows, PhD, is a Portfolio Manager and Research Analyst with Western Asset. Prior to joining the Firm in 2012, Mr. Bellows served at the U.S. Department of the Treasury, most recently as the Acting Assistant Secretary for Economic Policy. At Western Asset, he is a member of the US Broad Strategy Committee and the Global Investment Strategy Committee.