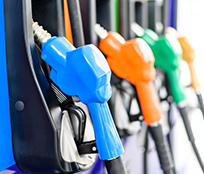 Over the weekend, OPEC+ finally reached a production cut agreement after Mexico initially held out and caused some nervous moments. Specifically, the agreement runs through 2022 and defines staggered production cuts, as follows:

The agreement officially ends the price war initiated by Saudi Arabia in March. The agreed production cuts were not contingent upon any other cuts from non-OPEC sources. Furthermore, OPEC+ has committed to reconvene on June 10 to review if additional production restraint is necessary, and on December 21 to review if a further extension is required. In addition, the US, Canada and Brazil agreed to reduce output by 3.7 million barrels/day through market-based mechanisms rather than voluntary cuts. Industry watchers believe the reductions will come from North America, as follows: US shale production cutting approximately 1.5 million to 2.0 million barrels/day; Canadian Oil Sands, 1.5 million barrels/day; Heavy Oil, 500,000 barrels/day; and Deepwater, 300,000 barrels/day.

These reductions have already begun with approximately 1.8 million barrels/day in production likely to come off in May 2020. Voluntary company shut-ins are already occurring. Additionally, the key oil-producing states of Texas and Oklahoma are debating the merits of mandated company production proration, although we believe this would be difficult to implement. Nonetheless, these global efforts are welcome, as the level of demand destruction related to the COVID-19 pandemic is unprecedented and the pace of the return in demand remains unknown.

What Are the Implications of the OPEC+ Agreement?

This agreement has provided some stabilization to the market and we believe it should reduce volatility in the process. In the immediate term, the production cuts, while a noble effort to avoid storage “tank tops,” may not be enough given the aforementioned oil demand destruction. Refinery demand for crude is still decreasing, creating some logistical bottlenecks. The market remains concerned over the near-term supply/demand imbalance as can be seen in the lower near month oil price relative to longer-dated futures prices, while local oil prices in many US basins are trading at more severe discounts to West Texas Intermediate (WTI) crude prices.

We believe 2Q20 crude oil prices will remain volatile and subject to further downside given storage risks, although the OPEC+ agreement should provide some near-term floor. Recent data on declining US shale production remains an encouraging sign for future rebalancing. However, given the longer-term intention of the agreement, the potential to reduce inventories later in 2020 and into 2021 has set the stage for stronger future pricing (but remains subject to the timing and pace of demand returning). Additionally, we view the announced duration of the production cut (through 2022) positively as the agreement suggests the OPEC+ group’s understanding that further support may be necessary should the virus again impact economic activity later in 2020.