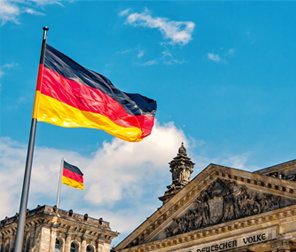 Germany’s Expansionary Fiscal Policy—Are We Sure Godot Is Going to Show Up? (Part II)

In this two-part blog post, we look at German fiscal policy—what is changing, what needs to change, and by when.

In Part I, we described how the current fiscal position in Germany is likely to frustrate expectations of an imminent switch to a structurally more expansionary stance. While there may be a strong argument for cyclical support if the domestic economy deteriorates from here, it is hard to see major stimulus coming anytime soon, especially under the current government. In this installment, we explore the longer-term picture and, specifically, why German fiscal policy requires a structural re-orientation.

The simple answer is that fiscal consolidation is working, and it is arguably working too well. With its 2011 budget, Germany introduced a constitutional limit on the structural fiscal deficit at the federal level of 0.35% of GDP by 2016 and a balanced budget at the sub-federal (Länder) level starting in 2020—the so-called “debt brake”. This rule was introduced as a political counterweight to the significant fiscal stimulus during the 2008/2009 crisis, which saw the fiscal deficit widen to 4.4%of GDP in 2010 and the debt stock rise by almost 20 percentage points between 2007 and 2010. In other words: stimulus now, credible consolidation later. As an example, Switzerland introduced its debt brake with its 2003 budget. Since then, the debt burden has fallen from around 60% to below 40% of GDP and the IMF expects it to be close to 30% in a few years’ time (see chart below).

Over the last few years, there was an additional (and more binding) political commitment to keep the federal budget balance close to zero but in positive territory, the so-called “black zero”. As detailed in Part I, we described how the German government has overachieved this target every year since its inception. This is partly due to economic growth above (reasonable) estimates for several years in a row but also due to interest payments that are structurally lower than envisaged due to ECB asset purchases and lower yields globally. Budgetary rules of this type usually converge to a long-run value defined by the deficit and nominal growth rate.

Looking at Germany through this lens, the “black zero” target, combined with any positive nominal growth rate leads to a steady state of zero debt. Even if the commitment to the “black zero” (which is only a political commitment of the governing parties over the last few years) were to be relaxed and the debt brake limit were to be binding, debt would converge to around 10-15% of GDP, assuming a nominal growth rate in line with the average of the last 25 years.

The key question is whether this is a socially desirable outcome. Many would argue that returning the debt stock to 60% of GDP over a period of exceptionally strong growth—effectively unwinding the debt impact of temporary stimulus during the 2008-2012 period—is textbook countercyclical fiscal policy. Going forward, however, the argument is much less clear. One can argue that a debt stock of 10-15% of GDP could be a suboptimal outcome for a number of reasons, including yield curve considerations (such as the European benchmark function of bunds and liquidity) and the current stock of German debt held by the ECB, as it would run up against issuer limits.

Admittedly, part of this discussion might end up being reminiscent of the “we are running out of debt!” moment in the US post the boom years of the 1990s. Indeed, the Congressional Budget Office wrote in its January 2001 Outlook that “total budget surpluses…would be sufficient by 2006 to pay off all debt held by the public that will be available for redemption.” It obviously never came to that, and it is indeed possible to imagine economic shocks that would push the German government to use escape clauses from the debt brake. But these would be, at best, temporary deviations given the firm anchoring in the Constitution.

German fiscal policy has overachieved its target in the last few years, but could run into issues as growth slows, making the debt brake a binding (and potentially painful) constraint. In addition, there is a need, over the medium term, to adjust the debt brake. This requires a constitutional majority, which, in turn, is very hard to see currently and requires a good cause to rally around. As mentioned in Part I, the recent climate package has been perceived largely as a disappointment by those that would have liked to be more aggressive: it might still come to that structural spending push on “green investment” if and when the political majorities change and the cause becomes even more urgent.