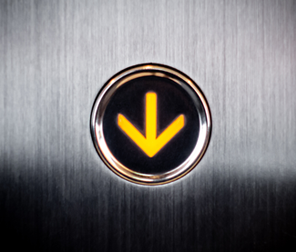 The Fed Cut Rates Yesterday, but Made No Promises for Tomorrow

The Federal Reserve (Fed) cut its benchmark interest rates by 25 bps yesterday and ended its balance sheet reduction two months ahead of schedule. Both moves were widely anticipated.

Fed Chair Jerome Powell hit a number of dovish notes in his press conference. In the opening remarks he talked about the recovery reaching “low- and middle-income communities” and the importance of sustaining the expansion. Powell said the Fed’s estimates of neutral rates have declined. He repeatedly cited low inflation as one of three reasons for easing policy (his other two reasons were slower global growth and trade tensions). Powell said that future hikes are not “particularly likely, frankly.” Finally, Powell tried to thread the needle by giving the impression that more cuts are possible, while at the same time not over-committing to a large number of cuts: “Let me be clear. I said it's not the beginning of a long series of rate cuts. I didn't say it's just one or anything like that.” Clearly, Powell is leaving the door open for more cuts, consistent with the Fed’s latest dot plot, which had a large number of Federal Open Market Committee (FOMC) participants anticipating two cuts this year.

It wasn’t all dovish, however, as Powell did push back subtly on the assumption that the Fed was locked into cutting in September. The post-meeting statement no longer says the Fed will “closely monitor” developments, but instead only says that the Fed will “continue to monitor” developments. Dropping “closely” suggests a little less urgency than there was in June, and therefore less commitment to cutting at the next meeting. (Powell got dangerously close to suggesting the Fed was done cutting when he characterized yesterday’s move as a “mid-cycle adjustment to policy.” This comment caused 2y yields to briefly rise 11 bps to 1.96%. But, Powell then walked that back later in the press conference with some of the dovish bits cited above, causing 2y yields to retrace and settle around 1.87%, up only 2 bps on the day.)

So, in summary, my read of yesterday’s message is essentially: “Still plenty of reasons to be dovish … probably more cuts to come … but we’re not promising that the next cut will come in September.” That is a somewhat nuanced message, and while Powell struggled at times to convey the gradations, I think that’s a reasonable understanding of the outlook, at least as the committee currently sees it.

The sharpest market reaction yesterday was the flattening yield curve, as 2s10s were more than 7 bps flatter on the day. Steepener trades have been popular on the Street recently as some analysts were looking for a 50-bp cut, while others are looking for a move higher in yields due to better growth or inflation. The problem with steepeners, however, has been that the Fed pricing in the front of the curve was very aggressive. Powell’s pushback on a September cut made this pricing look even more stretched, which contributed to the flattening. The market has now repriced somewhat, aided by yesterday’s sharp move, and now there are only 1.5 additional cuts priced in through December. This is slightly above the base case of one more cut, but the mispricing is no longer as extreme as it was a few weeks ago. Stocks were down and the US dollar was up on the day yesterday, both consistent with the Fed not being as dovish as market pricing.