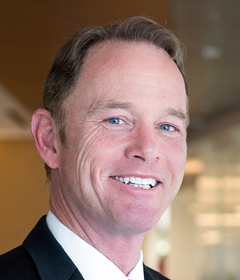 LIBOR: Why It’s Ending, Why You Should Care

The move to replace LIBOR is being driven by a couple of primary factors, and has been a long time coming. In this note, Western Asset Product Specialist Tom McMahon discusses these factors and explains the roots of the international investigation into LIBOR, its possible replacement, why the change matters for fixed-income investors and what we can expect next.

Q: Can you provide a brief overview regarding the LIBOR rate manipulation scandal and why LIBOR will be discontinued?

TM: An international investigation into the London Interbank Offered Rate (LIBOR) that began in 2012 revealed that many banks had manipulated the rate going back as far as 2003. In July 2017, UK regulators announced that LIBOR would be discontinued by the end of 2021. Even before the disclosure of the LIBOR scandal, US regulators had been researching alternatives for a reference interest rate based on transactions from a robust underlying market. The Federal Reserve (Fed) convened the Alternative Reference Rates Committee (ARRC) to identify and analyze substitutes. The ARRC considered a number of options including but not limited to fed funds, T-bills and Treasury bonds. In June 2017, the Fed announced its preferred option was the Secured Overnight Financing Rate (SOFR). On April 3, 2018, the Fed started publishing the rate that regulators hope will be adopted to back US dollar-based derivative contracts and floating-rate obligations.

Q: What factors are driving the move to replace LIBOR?

TM: LIBOR is derived from a daily poll of large banks that guesstimate the cost of borrowing from each other on an unsecured basis. Since interbank borrowing is extremely limited, the rate each bank has offered has been more of a theoretical exercise. Given that the rates submitted were based on a theoretical exercise rather than on actual transactions, there was always a risk of manipulation of the rate whereby banks would report rates advantageous to their current trading position. Unfortunately, this risk became a reality.

TM: SOFR is an overnight rate based on US Treasury (UST) repo transactions. Eligible repo transactions include the triparty general collateral rate collected by the Bank of New York Mellon, the General Collateral Financing (GFC) repo rate from the Depository Trust & Clearing Corporation (DTCC) and the bilateral Treasury repo transactions cleared at the Fixed Income Clearing Corporation (FICC). The Federal Reserve Bank of New York (FRBNY) pools the data from these three sources and after some minor editing, solves for the median transaction-weighted repo level, which in turn becomes the SOFR rate. Simply put, SOFR is the cost of borrowing cash overnight while posting risk-free assets as collateral. The scale of eligible UST repo transactions applicable to SOFR is massive, averaging over $800 billion per day according to the FRBNY. The FRBNY began daily publishing of the rate on Tuesday April 3, 2018, based on trade data for Monday April 2, 2018.

A repo can be either overnight or a term repo. An overnight repo is an agreement in which the duration of the loan is one day. Term repurchase agreements, on the other hand, can be as long as one year with a majority of term repos having durations of three months or fewer. The financial institution that purchases the securities cannot sell them to another party, unless the seller defaults on its obligation to repurchase the security. The security involved in the transaction acts as collateral for the buyer until the seller can pay the buyer back. In effect, the sale of a security is not considered a real sale, but a collateralized loan that is secured by an asset.

The repo rate is the cost of buying back the securities from the lender. The rate is a simple interest rate that uses an actual/360 calendar, and represents the cost of borrowing in the repo market.

Q: Why should people care that LIBOR is ending?

TM: The Fed estimates that there are more than $200 trillion in outstanding derivatives contracts and loans that are based on US LIBOR. The $1.0 trillion bank loan market uses US LIBOR as the reference rate as does $1.1 trillion of the commercial mortgage market and $1.2 trillion of residential mortgage securities. The International Swaps and Derivatives Association (ISDA) reports that $370 trillion of some sort of financial contracts reference IBORs (i.e., interbank offered rates) worldwide. Changing the reference rate on such a large pool of funds across the entire financial market globally is very significant. Specific to the credit markets, Exhibit 1 lists the market value of securities across the spectrum utilizing LIBOR as a reference rate.

Q: What comes next?

TM: The FRBNY has begun posting the SOFR on a daily basis. SOFR-linked futures are up and running, though volumes have been light. The ARRC is hopeful that new swaps referencing SOFR will be an available option at the time of execution between counterparties by 1Q20. By the end of 2021 ARRC expects to have in place a term reference rate based on SOFR derivatives. Turning an overnight rate into a term rate is no easy task. However, the combination of the overnight and term Treasury repo market should help move this process along. It remains to be seen what will happen to floating-rate financial obligations that mature after December 2021 and utilize LIBOR as the reference rate. Most of these contracts call for using the most recent posted LIBOR rate that, if followed, would result in these floaters becoming fixed-rate obligations for the remainder of their terms. There are industry working groups looking at standardizing language that would amend the pricing methodology to account for the move from LIBOR to SOFR.

The extent that liquidity in SOFR derivatives develops will go a long way in determining whether or not the market will accept the move to SOFR. A key problem with reliance on an overnight rate is the rising cost of capital that is experienced almost every quarter-end. Overnight borrowing costs typically rise at quarter-end as banks and dealers tend to shrink their securities holdings, in some cases to comply with regulatory requirements. The greater demand for cash tends to drive repo levels higher for a brief period of time. There are other issues as well that make this project a challenge, including the fact that this change from LIBOR to SOFR is not a regulatory requirement. At the end of the day, it will be the market that decides if SOFR is an acceptable replacement of LIBOR.

Thomas McMahon is a Product Specialist and has been at Western Asset Management Company, LLC since 2001; he has more than 39 years of experience. Previously, Mr. McMahon was a Corporate Bond Specialist and Vice President at Credit Suisse First Boston Corporation. He served for several years as Vice President of Fixed-Income Sales at J.P. Morgan Securities and at Donaldson, Lufkin & Jenrette. He worked for E.F. Hutton & Co. as a Fixed-Income Sales Executive after graduating from the University of Richmond.
© Western Asset Management Company, LLC 2022. This publication is the property of Western Asset and is intended for the sole use of its clients, consultants, and other intended recipients. It should not be forwarded to any other person. Contents herein should be treated as confidential and proprietary information. This material may not be reproduced or used in any form or medium without express written permission.
Past results are not indicative of future investment results. This publication is for informational purposes only and reflects the current opinions of Western Asset. Information contained herein is believed to be accurate, but cannot be guaranteed. Opinions represented are not intended as an offer or solicitation with respect to the purchase or sale of any security and are subject to change without notice. Statements in this material should not be considered investment advice. Employees and/or clients of Western Asset may have a position in the securities mentioned. This publication has been prepared without taking into account your objectives, financial situation or needs. Before acting on this information, you should consider its appropriateness having regard to your objectives, financial situation or needs. It is your responsibility to be aware of and observe the applicable laws and regulations of your country of residence.
Western Asset Management Company Distribuidora de Títulos e Valores Mobiliários Limitada is authorized and regulated by Comissão de Valores Mobiliários and Brazilian Central Bank. Western Asset Management Company Pty Ltd ABN 41 117 767 923 is the holder of the Australian Financial Services Licence 303160. Western Asset Management Company Pte. Ltd. Co. Reg. No. 200007692R is a holder of a Capital Markets Services Licence for fund management and regulated by the Monetary Authority of Singapore. Western Asset Management Company Ltd is a registered Financial Instruments Business Operator and regulated by the Financial Services Agency of Japan. Western Asset Management Company Limited is authorised and regulated by the Financial Conduct Authority (“FCA”) (FRN 145930). This communication is intended for distribution to Professional Clients only if deemed to be a financial promotion in the UK as defined by the FCA. This communication may also be intended for certain EEA countries where Western Asset has been granted permission to do so. For the current list of the approved EEA countries please contact Western Asset at +44 (0)20 7422 3000.