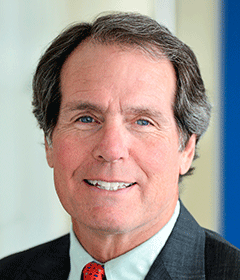 Low Inflation Is No Mystery

Various Federal Reserve (Fed) policymakers expect US inflation to accelerate in 2018, and financial market analysts generally agree with them. Of course, these same folks predicted rising inflation in previous years as well. It didn’t happen then, and we think it is unlikely to happen in 2018.

It is probably fair to say that we see more slack remaining in the US economy than do our colleagues and competitors. It is also true that we disagree with the widely held notion that the recently passed tax bill will be inflationary. However, more than anything, we just don’t agree that Fed policy has been conducive to rising inflation.

The Fed has certainly attempted to stimulate the economy, and it is equally clear that it would welcome somewhat higher inflation. The fact is, however, that its policies have failed to incite the faster growth in spending that would make higher inflation sustainable.

Inflation doesn’t just crawl out of the woodwork. It doesn’t just magically emerge because unemployment attains some critically low level. It happens because monetary policy—Fed policy when we are talking about the US—has stimulated the economy excessively, generating faster growth in nominal (dollar) spending than is consistent with the economy’s capacity to grow and with existing rates of inflation.

Again, the Fed influences—or tries to influence—total spending. How that gets split up between real growth and inflation might depend on the state of the economy, expectations, etc., but without an acceleration in spending, there is nothing to split up between faster growth and inflation. Without an acceleration in spending, there is no reason to think that Fed policy has been expansionary, let alone inflationary.

Exhibit 1 shows 4-quarter average growth rates in nominal GDP over the last 58 years. One might argue for looking at other measures of nominal spending growth, for example, at final sales or domestic purchases, but these all show essentially the same trends, and nominal GDP is the most widely recognized and most relevant. Also shown in the chart is inflation as per the GDP deflator, the most comprehensive measure of US inflation (because it covers the prices of all goods and services produced, not merely consumer items).

As you can see in the chart, rising nominal GDP growth preceded rising inflation in the 1960s, and decelerating nominal GDP growth preceded falling inflation in the 1980s. Across the last 70 years, you won’t find even a temporary, substantive swing in inflation that was not preceded by a sympathetic swing in nominal GDP growth. This only makes sense. If spending growth were accelerating, then more spending would be in place to accommodate both higher inflation and stable or accelerating real growth. If spending growth were stable, then inflation couldn’t rise without putting downward pressure on real growth, which would tend to stem price pressures. Similarly, if nominal GDP is decelerating, the pressure would be on producers to slow their price increases, lest their real sales be restrained even more seriously than is actually happening.

What About the Velocity of Money?

Once again, if you are an adherent of money stock growth as an indicator of Fed policy, then you believe that velocity—or its growth rate—is generally stable, in which case variations in money growth should eventually show up in variations in nominal GDP growth, if they are to influence inflation. If you think Fed movements in interest rates affect the economy independently of what money is doing, then it must be the case that these rate movements cause velocity to move, in which case nominal GDP will still register the effects of policy.

One way or the other, if monetary policy is affecting the economy, it does so by influencing the growth of nominal GDP. And if nominal GDP growth is not accelerating, then Fed policy is not working to stimulate the economy or to increase inflation.

Now, let’s examine the present situation. Exhibit 1 makes clear that nominal spending growth has been very slow throughout this expansion. More to the point, there has been no sustained acceleration in nominal GDP growth at any point in the nearly nine years of the present expansion, other than the bounce off extremely low rates at the bottom of the recession in mid-2009. Nominal GDP growth has held relatively steady at a rate between 3% and 4% per year. For any expansion prior to the present one, 3% to 4% nominal GDP growth would have been consistent with recession troughs, not with the late stages of an expansion.

This low, stable rate of growth in nominal GDP is prima facie evidence that Fed policy has failed to stimulate the economy as intended. How is inflation going to accelerate if nominal spending growth does not accelerate? How is nominal spending growth going to accelerate going forward when the last attempts at stimulus by the Fed were four years in the past (the end of QE3, the third round of quantitative easing) and when policy has actually been ostensibly tightening for the last two years? Further, if corporate tax cuts drive supply-side growth within a monetary environment dictating steady or slowing nominal spending growth, how can inflation do anything but decline?

Granted, there are hordes of conflicting opinions. Some analysts cite unemployment rates that are supposedly unsustainably low. However, Phillips Curve analyses of inflation have been prone to error ever since they were first instituted over 50 years ago, and recent demographic changes in the labor force have affected unemployment rates in ways that even Fed officials have been forced to acknowledge. More to the point, where is the evidence that unemployment has been driven lower by Fed “force-feeding”? Where is the acceleration in nominal spending growth that is supposedly driving unemployment lower in response to Fed policy?

Others argue that with interest rates still “low,” policy is still stimulative, so that inflation must eventually rise. This argument flunks basic economics. Even if interest rates are accepted as the proper measure of Fed policy, it is not the level of interest rates but the decline in them that drives faster spending. Rates stopped declining seven or 10 years ago, depending on whether you are looking at the fed funds rate or 30-year US Treasury bond yields. Any lagged effects of those declines are way behind in the rear-view mirror…and, again, where is the evidence that those declines stimulated the economy even when they occurred?

Again, it is not low yields that are stimulative, but declining yields, and those effects don’t last forever. If one argues that yields are below “equilibrium” levels, so that the Fed is still inducing an excess supply of money and credit, where is the excess demand for goods and services to accompany that? Walras’ Law says that any excess supply in the economy is accompanied by an equally large excess demand elsewhere. Again, if it has been excess supply of credit keeping yields where they have been for the last 11 years, the excess demand for goods and services associated with that would be manifest across the economy. Yet, once again, as seen in Exhibit 1, nominal spending growth has been low and stable throughout this expansion, directly contradicting claims of still-easy (still-inflationary) monetary policy.

Admittedly, recent chatter is that the economy is picking up, and growth in nominal GDP did indeed show slightly faster growth in 2017, rising at a 4.4% rate. However, this rate is still quite low by historical standards. Moreover, it is well within the range of experience of the last nine years, years which, again, saw dead-steady—and lower-than-expected—inflation. In any case, again, it is hard to credit faster nominal spending growth in 2017 as a sustainable response to Fed policy when it occurs out of the blue seven to 10 years after the last declines in relevant interest rates. It is more likely that it will prove to be temporary, just as were similar fluctuations in 2012 and 2014.

And if you want to look at money and credit rather than interest rates as a measure of Fed policy, the fact is that both money and credit have seen slowing growth over the last year. As seen in Exhibit 2, growth in total bank lending has slowed to 4% over the past year, compared with 8% growth through 2015. Within that total, growth in commercial and industrial loans (C&I, or business loans) has slowed to 2%. Overall growth in household and business debt has slowed comparably—all of these recently exhibiting growth rates more consistent with a recession trough than with an accelerating economy. If anything, money and banking trends suggest decelerating spending growth and decelerating inflation.

Market buzz is that January hourly wage and Consumer Price Index (CPI) data point to accelerating inflation. A seldom mentioned fact is that both measures actually showed slowing inflation in 2017. Concerning the CPI, we saw similar spikes in inflation in January 2016 and January 2017, only for those spikes to be reversed by subsequent months’ data (Exhibit 3).

As for wages, the 2.9% growth in hourly wages occurred in the all-worker hourly wage measure, which amalgamates both supervisory and nonsupervisory workers. It is nonsupervisory workers who actually punch a time clock and whose wages determine production costs. They saw no wage pop in January, with their hourly earnings growing at a 1.6% annualized pace for the month and registering absolutely no acceleration over the past year (Exhibit 4).

Bigger increases for supervisory workers may reflect profit-sharing or discretionary raises by management…or they may be a random spike. After all, supervisory worker wages had actually shown a deceleration through the December data. Either way, it is doubtful that they are a meaningful indication of inflation pressures.

To repeat, we see nothing in Fed policy that would point to an acceleration in nominal spending occurring this year. And if it is the tax bill—or Trump Administration efforts at deregulation—that makes you think the economy is revving up, ask yourself why an increase in aggregate supply should push prices up rather than down. (And ask yourself further how nominal spending can pick up, even with lower taxes, without any recent, relevant impetus from Fed policy.)

Whatever near-term impacts on growth the tax bill might have, we think nominal spending growth will hold at its tepid, steady rates of the past nine years. Further, we think that slow spending growth will continue to restrain inflation. While the popular drumbeat to the contrary is loud, it has sustained that volume despite years of being incorrect. We doubt that 2018 experience will prove any different.