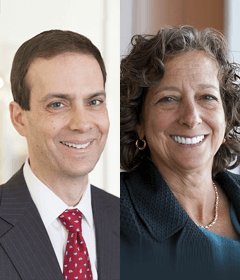 Infrastructure Investment Under Solvency II: Application to US Municipal Bonds

Global financial regulation continues to evolve and shape the behavior of investors. For the insurance industry in Europe, the impact of Solvency II—which sets forth guidelines concerning the amount of capital that insurers must hold to reduce the risk of insolvency—continues to permeate. Recently, in an effort to further promote European infrastructure investment while prudently calibrating risks, the European Commission made additional proposals to relax solvency capital requirements.1

In this short note, we consider the criteria that municipal bonds would need to satisfy to qualify as infrastructure investments under Solvency II, and to be eligible for favorable capital treatment under the regulation. We provide specific examples of obligors that would and would not satisfy these criteria.

In the US, a significant portion of infrastructure investment is financed through the municipal bond market. Moody’s reports that there is $800 billion of rated municipal infrastructure debt currently outstanding. Much of this issuance will likely qualify for capital-charge relief under Solvency II, which covers infrastructure located in Europe and also Organization for Economic Cooperation and Development (OECD) countries such as the US.2,3

Investors should generally consider the three primary components of US municipal bonds:

What Is Eligible for Favorable Relief?

Favorable treatment may be realized if the investment conforms to the following criteria:

The Solvency II definition of “Infrastructure Project Entity” excludes debt issued by general governments or their departments since the substantial majority of revenues does not necessarily derive from owning and operating infrastructure assets. Debt issued by agencies, authorities or LLCs, however, whether for an infrastructure system or for a stand-alone project, may qualify. Recently, the scope of infrastructure investments under Solvency II has been extended from projects to corporate groups.1

Public ratings are available on most securities, and they carry a strong rating. At the end of 2016, Moody’s reported that 99% of its universe of US municipal infrastructure debt was rated at least investment-grade.

In this brief note we have highlighted the eligibility of portions of the US muni universe under the requirements of Solvency II. The favorable capital-relief treatment available to those munis that meet the infrastructure criteria increases their investor base by improving their attractiveness to European insurers. This should also promote issuance in the sector and enhance the overall liquidity of the asset class.

In summary, US municipal bonds that qualify as infrastructure investments under Solvency II provide benefits to both European insurers and the residents in those communities that can now more easily and cheaply finance crucial infrastructure projects.

Alan M. Nadel, PhD, is a Portfolio Risk Manager with Western Asset, and has more than 29 years of industry experience. Prior to joining the Firm in 2011, Mr. Nadel served as a Senior Portfolio Strategist at Union Bank. He has also held related roles at Countrywide Securities Corporation, Deutsche Bank and Société Générale. He currently serves as an Advisory Board Member for the Master of Financial Engineering Program at UCLA Anderson School of Management.

Mr. Nadel earned a Bachelor of Arts degree from Pomona College and a PhD in Mathematics from Harvard University.

Thea Okin is a Research Analyst at Western Asset and has 35 years of experience in the municipal market place. Over her career, she has covered sectors ranging from the traditional such as public power, to the more esoteric, such as senior living, as well as international public finance and infrastructure. Ms. Okin has been actively involved in building Western Asset’s Advisory business and has been critical to its success to date.

With the majority of her career spent in the bond insurance industry, she brings a deep understanding of long-term risks associated with municipal bonds. In addition to her analytic expertise, Ms. Okin was also responsible for business development in certain regions of the US, enabling her to cultivate relationships with banking and government leaders. As an integral part of deal teams, she helped craft sound, marketable bond structures in the high-yield space. As a function of her expertise and sterling reputation, her advice is sought out by business leaders and financial regulators. Prior to joining Western Asset in 2010, Ms. Okin worked at Financial Guarantee Insurance Company as Director, Portfolio Risk Review, was Director, Municipal Underwriting at ACA Capital, was a Finance/Investment Consultant and helped develop one of the first transit grant backed bond deals, and was Managing Director and Vice President at Ambac Financial Group, Inc.

She holds a Master of Public Administration degree from New York University and a Bachelor of Science degree from the State University of New York, Binghamton.