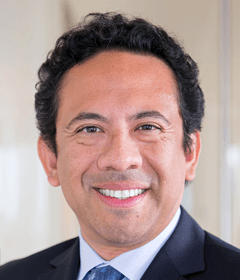 As 2018 draws to a close, we wanted to offer this high-level summary of our views for the year ahead. This is of course a snapshot of this moment in time wherein we describe some of the most significant matters of interest for fixed-income investors. The “Big Picture” table that begins on page 4 provides an at-a-glance compilation of our current views for major sectors, including a simple dashboard of our sentiment for each sector distilled down to either positive (+) negative (–) or mixed (+/–) along with brief commentary.

In 2019, we expect global growth to remain positive, as US growth moderates slightly and Europe and emerging markets (EM) economies, buoyed by China and the Asia-Pacific complex, regain their footing. We acknowledge that there are risks that may challenge this view, such as a collapse in US-China relations, unexpected Federal Reserve (Fed) rhetoric or policy decisions, an escalation in tensions between Italy and the EU as well as the UK separating from the EU via a “hard Brexit.” The market, however, is pricing each of these scenarios for extremely negative outcomes. Below, we provide a summary of the key drivers behind our global outlook, how we are positioned in broad market portfolios and a more detailed description about where we see glimmers of light amidst all of the doom and gloom.

The US-China trade front has introduced tremendous uncertainty in the global economy. Risk premia have risen substantially, particularly in EM countries. While there is always hope that some definitive resolution in trade can be reached between the two countries, the more salient point now is the reversal of Chinese economic policy that the dispute has engendered. For instance, gone is China’s deleveraging campaign from earlier in 2018. Interest-rate cuts, reserve requirement reductions, targeted fiscal spending increases, individual tax-rate cuts and a renewed emphasis on providing credit to the private sector all suggest that slowing Chinese economic growth will reverse over the course of the next several quarters.

That stated, there are wide-ranging views among market participants as to what constitutes a reasonable pace of growth. We would not be surprised if China’s GDP growth trajectory moderates to 6.2% and 6.0% in 2019 and 2020, respectively. However, we do not view this as apocalyptic: a 6% expansion today has far greater impact on global GDP than 10% did in the early 2000s. More importantly, our view is that a measured pace of growth with domestic consumption, improvements in information technology and high-end manufacturing is in China’s long-term interest. While this is not a bullish scenario, our expectation is that at a minimum it reduces the tail-risk of an extreme China meltdown.

The challenge is to distinguish cyclical factors from secular ones. Within a normal course of a cycle, the pace of economic activity in China will respond to evolving developments, such as capital flight worries and (presently) heightened trade tensions with the US. The question is whether policymakers have sufficient ammunition in their policy toolkit to navigate near-term turbulence. We believe they are highly motivated to counter these contractionary forces. In the context of a command-style economy with capital controls, they have sufficient tools to deploy, as amply depicted by recent efforts in fiscal pump-priming and cuts in reserve requirements.

In the US, we expect slower growth in 2019 as some of the fortuitous factors recently boosting growth begin to fade. While 3%-4% growth (annualized) in some recent quarters has garnered headlines, average growth for all of 2017-2018 was a more modest 2.8%. Given the 2017 tax bill’s incentives, one would think capital spending would continue to hum, but recent capital goods data has been spotty. Meanwhile, homebuilding looks to have embarked on a downtrend. If foreign trade and inventories do indeed revert to 2015-2016 trends and either equipment investment or housing sputters, economic growth could drop to the 2.0%-2.25% range. We think the claims of runaway growth are exaggerated and that we will likely see more modest performance in 2019, along with continued low inflation.

The Fed’s renewed focus on contained inflation, risk management and a lack of certainty about equilibrium or neutral rates suggests a more dovish direction moving forward. What’s more, Fed Chair Jerome Powell just declared in late 2018 that the Fed is very near the neutral range (thought to be a fed funds rate of 2.5%-3.5%). We are optimistic that the new tone will prove helpful, but it is too soon to tell. More importantly, monetary policy has been tightening for two years and fiscal stimulus is waning. We think as the Fed comes to face more seriously a moderating growth and inflation outlook, a pause will be both signaled and warranted.

A key driver for our global outlook is our view on European growth prospects. In hindsight, it was the very strong performance of the eurozone economy from mid-2016 to early-2018 that sowed the seeds for the disappointing outcome in 2018. The bar for the eurozone was raised and expectations grew that the strong performance would continue. We would argue that the bulk of this deterioration stems from uncertainty over global trade and by contraction of the German economy in 3Q18, mainly stemming from a large fall in auto production due to new tighter emission tests.

For 2019, we believe eurozone growth will come in around 1.8% (above the trend of 1.25%) and that this will foster further falls in unemployment and a gradual rise in wages and core inflation, allowing the European Central Bank (ECB) to continue down its path toward policy normalization. Recent data shows that eurozone unemployment has breached the level of non-accelerating rate of inflation (NAIRU). Although the level of NAIRU is subjective, anecdotes such as supply backlogs and area-wide labor shortages strongly indicate that the eurozone is facing capacity constraints. This is filtering into wage negotiations, which tend to lead core inflation (especially so when supply constraints are present). Thus we expect growth to stabilize above trend and core inflation rates to move toward the ECB’s target of 1.60% in 2019.

Key risks to our European view are developments happening in Italy and the UK. In Italy, political risks, a weaker growth outlook and medium-term fiscal concerns warrant some flight-to-quality bund premium, but at this juncture we do not think that this has the potential to derail our eurozone growth and inflation outlook. Likewise, ongoing volatility and uncertainty surrounding Brexit negotiations between the UK and the EU represent a substantive risk should “no deal” be forthcoming, but this is not our base case. The low points in the annual range of bund yields in 2016 were related to the initial Brexit vote whereas the low points in 2017 and 2018 were both related to stress in the Italian sovereign; hence these two risks are still key in 2019.

Japan’s economy posted a -1.2% GDP contraction in 3Q18, but we believe that this should be transitory as the contraction was likely due to a series of natural disasters, including the severe floods in the western part of Japan and the earthquake in Hokkaido. We believe the economy will continue to grow above potential until 4Q19 when the consumption tax is set to increase from 8% to 10%. Robust capital expenditures and continuing positive investment sentiment and steady growth in exports will also likely drive the economy forward in the coming quarters. Moreover, the administration of Prime Minister Shinzo Abe has started to address demographic challenges with the reform of labor markets including foreign workers in Japan, which should be positive over the longer term.

The greatest downside risk to Japan’s economy would be an acceleration in weakening external demand due to increasing trade tension between the US and China. That stated, we believe the Bank of Japan (BoJ) is committed to supporting domestic economic activity via its current monetary policy approach. At this moment, we do not see anything that would push the Japanese economy into a recession.

In Australia, GDP growth was strong through 1H18 and included a stronger contribution from the consumer than many had expected. The domestic residential property sector continues to cool slowly, with the major banks tightening lending standards in response to criticism from the banking royal commission and pressure from financial market regulators. We are very mindful of the contributors and drivers in this market and we think there is a little more softening to come, but we consider expectations for a more significant weakening to be overblown. We expect GDP to moderate a little from the 1H18 level but to remain close to the trend of around 3% for all of 2018, aided by increased government spending on infrastructure projects, solid exports and a slightly weaker Australian dollar. Given the downtrend in unemployment and low wage inflation, we expect the Reserve Bank of Australia (RBA) to remain patient with any future adjustment to the cash rate. Our base case remains for the RBA to keep rates on hold at 1.5% until at least 4Q19.

Rounding out our global outlook is our assessment of EM. In our view, China is not the single dominant factor driving EM asset prices as of late. Idiosyncratic considerations and other exogenous forces (notably US Treasury yields and geopolitics) have asserted substantial pressure on EM asset prices. Indeed, extreme market pessimism pulled the entire asset class downward in 2018 despite important positives in the sector, such as remarkably subdued inflation and resilient sovereign and corporate balance sheets.

We continue to believe that EM fundamentals remain resilient despite current headwinds. Compared with developed markets (DMs), the cyclical growth recovery remains intact after challenging years marked by the taper tantrum, collapsing commodity prices and political scandals. In aggregate, external debt as a percentage of GDP for EM countries continues to be in relatively better shape than it is for DM countries, which reaffirms our view that most EM economies are now better positioned to absorb exogenous shocks than at any time over the past few years.

Admittedly, recent volatility stemming from a tougher than expected macroeconomic environment year to date (YTD) should not be overlooked. Higher US interest rates, US dollar strength, a perceived growth gap between the US and the rest of the world, and fears of an impending trade war have collided so far this year to provide a challenging backdrop. However, valuations and technicals are likely to be supportive of the asset class over the medium-term. Consider the following statistics: index yield spreads between EM debt and DM debt are near 2008 and 2016 wides; currency levels are 35% lower than just five years ago, and the real yield of EM debt is at a 15-year wide versus the real yield of DM debt. While the path to improving risk sentiment may well still be volatile, we believe EM is the most undervalued asset class and would be the biggest beneficiary of any attenuation of the global risks. 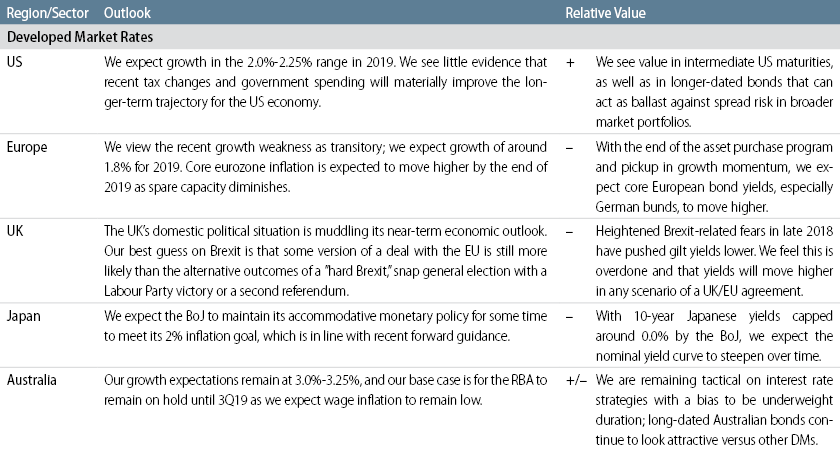 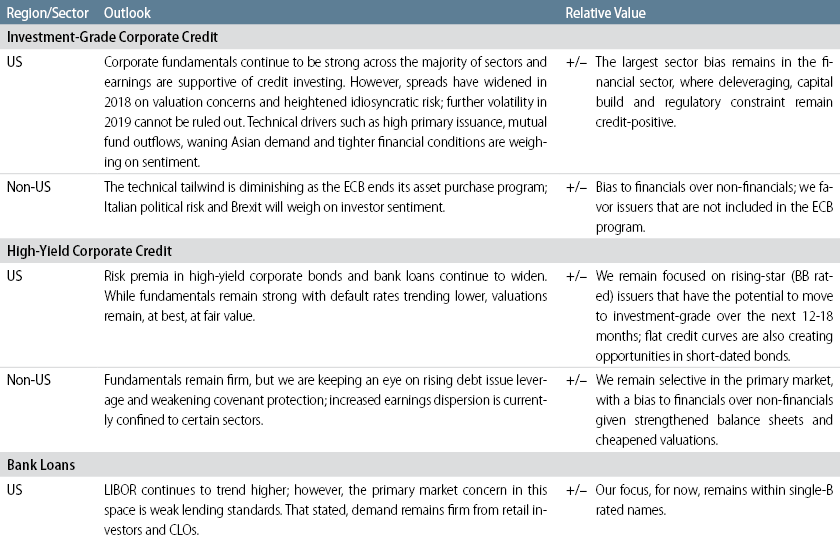 Prior to joining Western Asset in 2006, Mr. Abad was Senior Credit Officer and Market Risk Manager for Citigroup Investment Banking, a post he held from 2002 to 2006. Mr. Abad has also held positions as an Investment Strategist at Fiduciary Trust International, Assistant Portfolio Manager at Global Emerging Markets Advisors, L.P., Emerging Market Debt Analyst at Merrill Lynch & Co., and an Analyst at the Equitable Insurance Companies.

Mr. Abad holds an MBA and a Master of International Affairs from Columbia University, and a Bachelor of Science degree from New York University. Mr. Abad is currently an Adjunct Professor of Finance and a Member on the Board of Advisors at the Peter F. Drucker and Masatoshi Ito Graduate School of Management.