In this brief paper, Western Asset Quantitative Analyst Rolf E. Lundelius, PhD, explains the significance and implications of the recent elimination of new pre-refundings of municipal bonds. The provision was eliminated by the Tax Cuts and Jobs Act of 2018, effective January 1, 2018. The ability to utilize pre-refunded bonds had enabled issuers to take advantage of positive market conditions and reduce their current borrowing costs. 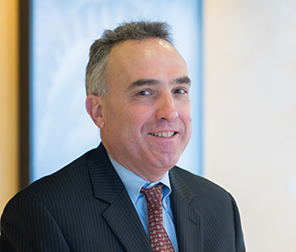 “Pre-refunding…allowed municipal issuers to take advantage of favorable market conditions and reduce their borrowing costs by replacing their existing municipal bonds with lower cost issues before their outstanding debt had matured or become callable.”

One of the salient terms of the Tax Cuts and Jobs Act of 2018 was the elimination of advanced refunding of tax-exempt municipal bonds.

Periodically, the public is treated to policy discussions that involve suggestions (or threats) that the tax-exempt status of municipal bond income might be taken away by Congress. So far, this has not come to pass, but the recurring discussions remind the public that there are interests in the federal government that are opposed to tax-exempt income. In 2017, those interests achieved a partial success when the Tax Cuts and Jobs Act eliminated pre-refunding, effective January 1, 2018.

Pre-refunding (or advanced refunding) had allowed municipal issuers to take advantage of favorable market conditions and reduce their borrowing costs by replacing their existing municipal bonds with lower cost issues before their outstanding debt had matured or become callable.

The process of advanced refunding involved issuing new debt and using the proceeds to buy Treasury bonds that were pledged to defease the outstanding debt. An old bond was thereby “pre-refunded” and thereafter referred to as a “pre-re.” This was typically beneficial to the holders of the old debt because their investment was collateralized by Treasury bonds and would certainly be called at the first call date. Investors benefited from the improved credit quality of their bonds and the consequent price rise, and they could keep the embedded book yield from their original purchase.

In addition to these benefits, pre-re bonds sometimes exhibited peculiarities that complicated their management. Often, issuers would not pay rating agencies to review the ratings of their newly collateralized bonds. In this case, the pre-re would retain a stale credit rating that greatly overstated the credit risk of a security collateralized with Treasury bonds. In other cases, the pre-re bond was reissued under a new CUSIP without any credit rating at all. The bonds were then classified as “unrated,” despite their very high credit quality. Without a credit rating, the bonds would be dropped from the most common benchmark indices, rendering them invisible to many routine reporting and analysis processes that are dependent on benchmark publishers for market data.

Given those advantages, pre-re bonds have been an important feature of the municipal bond market. They have delivered a good return for investors savvy enough to invest in bonds that were eventually pre-refunded and have provided a safe harbor from volatile markets in that they were essentially tax-exempt US Treasury securities. However, they were characterized by one other peculiarity that has drawn the interest of lawmakers: a pre-refunded bond and the newly issued bond that funds it represent two tax-exempt coupons arising from one municipal borrowing. Whereas previously the pre-refunded bond paid a single tax-exempt coupon, there is now a second tax-exempt coupon from the new bond. Surely, this was just too much tax-exempt income to arise from a single municipal project!

The Effects of Pre-Re Bond Redemption

Pre-re bonds are high in quality and short in maturity. As a first estimate, the redeemed cash will be reinvested in the short-term, high quality sector of the municipal bond market. We find support for this view by looking at the municipal/Treasury yield ratios for short to intermediate rates ranging from credit rating AAA to A.

Exhibit 1 illustrates how the ratios of 2-year AAA and 2-year AA rates clearly broke away from the 5-year ratios in June 2018 as the first wave of pre-re bond maturities occurred with no new supply.

Looking ahead, we anticipate $80.5 billion of pre-re maturities in 2019. In the absence of other intervening factors, we believe the shorter, higher quality yields will remain slightly lower for the first half of 2019. By contrast, only $39.8 billion and $35.8 billion of pre-re bonds are scheduled to mature in the years 2020 and 2021, respectively. The numbers for subsequent years diminish quickly. We expect no material effect on the markets after 2019 ensuing from maturing pre-re bonds.

First, as the short, high quality pre-re bonds mature, their holders will seek “replacement parts,” namely, short bonds with AA or possibly single A ratings. Under this scenario, the replacement bonds should experience tightening spreads.

Second, the reduction in supply on the short end and ensuing steepening of the short to intermediate part of the curve suggests greater attractiveness of bonds with maturities of 5 to 10 years. In addition to avoiding the lower short yields, these bonds may appreciate in value as they roll down the curve into the low-yielding short sector.

“Despite the ‘end of an era’ feel of the disappearance of the pre-re bond, in the larger scheme of things this is just more grist for the mill of active management.”

The municipal market will carry on as the bedrock of financing for state and local capital in the US and as a reliable source of investment returns. Despite the “end of an era” feel of the disappearance of the pre-re bond, in the larger scheme of things this is just more grist for the mill of active management as the municipal bond market has long been susceptible to policy changes. As usual, thoughtful attention to policy changes can improve investor outcomes.