Brazilian President Jair Bolsonaro took office on January 1, 2019 with ambitions to revive the country’s economy. His administration faces significant headwinds, especially with the country’s public pension system. Western Asset’s Product Specialist Marcelo Guterman describes the relevant history of politics in Brazil and explains why we believe the reforms being pursued by the Bolsonaro administration should be positive for the Brazilian economy over the longer term. 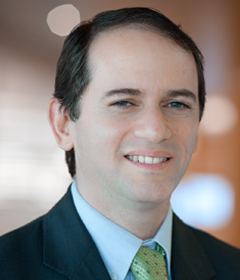 On July 30, 2018, then Presidential candidate Jair Bolsonaro faced a pool of journalists on one of Brazil’s most famous talk shows. The question posed to him was “What is the fulfillment, in your government, for which you would like to be remembered for posterity?” Bolsonaro did not hesitate when he replied, “That our economy becomes really liberal¹, that is our dream.” That Bolsonaro chose this response to such a fundamental question of any government was a surprise. During his public life, the former captain of the Brazilian Army was noted for his extremely aggressive rhetoric against the impunity of criminals, against a certain agenda of customs and against the corruption in the political world. Economics had never been a topic of focus for the then leading candidate in polls. How and why Bolsonaro chose liberalism as the main focus of that TV appearance and his campaign is beyond the scope of this paper. What matters for our purposes is understanding the new Brazilian President’s actual plans for reshaping the country’s economy.

“…the task of putting Brazil back on the path of economic growth will require time, perseverance and patience.”

Here we outline the reasons why we believe this time is different for Brazil. In short, we are encouraged by the reforms being pursued by the Bolsonaro administration, which should help present a more positive environment for investors seeking attractive returns.

To understand this current moment in the Brazilian economy, we need to go back in time to the story that began in October 2015. This was when President Dilma Rousseff was under the weight of accusations of corruption against the main leaders of her party, including former President Luiz Inacio Lula da Silva, known as Lula. Brazil was also enduring a brutal recession that would result in the country’s GDP declining that year (-3.8%) and also retreating in 2016 (-3.6%).

Talks of impeachment were already on the agenda of the main political actors when PMDB, the party of then Vice President Michel Temer, released a document entitled “A Bridge to the Future.” It was clearly a government program for the impeachment case to advance, and for Michel Temer to take over the presidency, as indeed happened in August 2016. That document outlined a surprisingly liberal agenda for a country accustomed to state intervention.

Measures such as the Labor Reform—the first relaxation of the rules governing the labor market in 70 years—were already included in that document. The Temer government was also responsible for deregulating trade unions, setting a ceiling on public spending, bringing inflation to the target and announcing the privatization of state-owned electricity giant Eletrobras. The pension reform, essential for the spending ceiling to be enforced, was not approved only because the new government succumbed to new accusations of corruption.

The Bolsonaro government therefore is starting to build on an existing base established over the last two years. The perception of continuity is important, because the task of putting Brazil back on the path of economic growth will require time, perseverance and patience. Let’s now turn to the challenges and opportunities, and first address the most urgent issue: achieving fiscal balance.

“Not only is the Brazilian public debt currently the largest, it is also growing much faster than the debt of its peers.”

Not only is the Brazilian public debt currently the largest, it is also growing much faster than the debt of its peers (Exhibit 2).

By 2015, the fiscal situation was no more than a footnote in Brazilian macroeconomic concerns. Interest rates and exchange rates were discussed a lot, however, with a primary surplus of around 3% of GDP as a backdrop, which was enough to stabilize and even reduce Brazil’s net public debt. Primary surpluses for 15 years led to a reduction in the net debt-to-GDP ratio by half, from 60% of GDP in 2002 to 30% of GDP in 2013 (Exhibit 3).

Gross debt also fell, but was less pronounced. Due to the huge accumulation of international reserves and, beginning in 2009, the intensive use of BNDES (the Brazilian Development Bank) in an attempt to induce economic growth, gross debt did not fall in the same proportion of net debt (Exhibit 3). Therefore, there is a great discussion about the optimal level of international reserves and the size of the BNDES balance sheet, which has reached almost 10% of GDP at certain times. Regarding BNDES, the Temer government had already decided to significantly reduce the bank’s balance sheet. The Bolsonaro government is expected to continue this policy.

“With the expenditure ceiling, the fiscal margin will decrease until it disappears in 2025, which is a practical impossibility from a political standpoint.”

Ceiling Expenses: An Initial Solution to the Fiscal Problem

In an attempt to deal with the fiscal issue, the Temer government was able to approve the so-called Expense Ceiling Law in Congress. Under this law, government expenditures for a given year cannot be greater than the expenses incurred in the previous year, adjusted for inflation. That is, the real growth of expenditure should be zero. This limit is valid for 10 years, until 2025. This was a very important measure because once this rule is fulfilled the debt trajectory becomes convergent, not explosive. Exhibit 5 illustrates a debt-to-GDP simulation with and without the debt ceiling.

However, the spending ceiling rule does not apply to Social Security spending, which supersedes other expenditures to the extent that the ceiling must prevail. We can observe this phenomenon in Exhibit 6, where we show the evolution of the so-called “fiscal margin,” which is what is left over from the budget after all compulsory expenditures determined by law, including pension and personnel payments. The fiscal margin, therefore, is the budget room that the government has for discretionary spending. With the expenditure ceiling, the fiscal margin will decrease until it disappears in 2025, which is a practical impossibility from a political standpoint. Therefore, there are only two alternatives: give up the spending ceiling or reduce expenses incurred by Social Security.

“Without the possibility of increasing taxes, the return of economic growth is essential to improving the trajectory of public debt.”

The first alternative, as we saw in Exhibit 5, would lead the public debt to unsustainable levels. The only choice left for the Bolsonaro government is the second option, to reform Social Security. This is the government’s first major battle in Congress.

On the revenue side, increasing the tax burden does not seem to be an alternative. Brazil is already a country that taxes its citizens a lot compared with its EM peers. This is what we can observe in Exhibit 7, which compares the tax burdens of some EM countries along with their per capita income levels.

Without the possibility of increasing taxes, the return of economic growth is essential to improving the trajectory of public debt. Here we go back to what we discussed at the beginning of this paper—exploring precisely how Bolsonaro plans to revive the economy.

Bolsonaro poses as a liberal president and his Minister of Economy, Paulo Guedes, who holds a PhD in Economics from the University of Chicago, follows that lead. In his inaugural address as the new minister, Guedes highlighted the following points: privatizations and concessions, decreased bureaucracy and increased productivity and trade liberalization.

“Concessions and privatizations are important both from the fiscal point of view and for helping to improve the productivity of the economy as a whole.”

Concessions and privatizations are important both from the fiscal point of view and for helping to improve the productivity of the economy as a whole. Perhaps this will be the main impact of this agenda on the economy over the long run.

To lead the privatization effort, Guedes called the businessman Salim Mattar, founder and largest shareholder of Localiza, Latin America’s biggest car rental company. Mattar will be the secretary of privatizations. The position was created by Guedes specifically for this task, and it will be subordinated directly to the Minister of Economy.

Another important front for increasing productivity is concessions. This sector is under the Secretariat of the Program of Partnerships and Investments (PPI). The secretary is the same person who led this department in the Temer government, so there will be continuity of purposes and projects.

Currently, 70 projects are listed in the PPI portfolio, with investments expected to be approximately BRL110 billion, including 12 railways, eight highways, 17 airports and 22 ports. The first round of auctions occurred on March 15, 2019 when the government auctioned 12 airports, raising BRL2.4 billion. While this was inherited from the previous government, we can expect much more from this new government.

Red Tape and the Business Environment

The World Bank conducts an annual survey on the ease of doing business in various countries, called Doing Business. Exhibit 8 presents Brazil’s business practices³ in greater detail, showing Brazil’s great opportunities for improving its business environment. In most of the categories, the country is positioned in the third or fourth quartiles compared with other countries.

“A Brazilian company spends on average 1,958 hours a year to pay taxes, compared with just 311 hours in Argentina, 296 hours in Chile and 240 hours in Mexico.”

The area in which Brazil performs worse among those evaluated by the World Bank is the “payment of taxes.” The Brazilian tax system is a bureaucratic nightmare, and in this respect, the country is in 184th place in the world. A Brazilian company spends on average 1,958 hours a year to pay taxes, compared with just 311 hours in Argentina, 296 hours in Chile and 240 hours in Mexico. For no other reason, the Tax Reform targeting the simplification of the tax system should be the next item of the economic agenda in the Congress, once pension reform has been approved.

Trade openness is a delicate matter, as some influential industries have in trade restrictions an important premise for their viability in the country. In any case, this is a stated objective of the new government and, therefore, there will be an attempt to implement it, albeit in a phased manner, initially addressing sectors with a more direct effect on the productivity of the economy, such as capital goods and information technology. We can expect an increase of the global productivity of the Brazilian economy also by the size of the foreign trade.

The new Brazilian government, which is a continuation of the liberal turning point initiated by the Temer administration, is radically different from all that Brazil has had in the last decade. The excessive intervention of the state, provoked by an old-fashioned vision of capitalism, accumulated distortions that eventually led to the greatest recession in Brazilian history. What is being done now is precisely the opposite. Efforts are under way to clean up the public accounts and intervene as little as possible in the functioning of the markets. This new approach should begin to bear fruit down the road.

When summarizing the Brazilian landscape and associated investment implications, we note the following positives:

Considering these positive developments, Western Asset is positioning its Brazil exposure to take advantage of opportunities in local rates and select high quality corporates. Western Asset also favors local rates over FX despite the fact that the Brazilian real is currently considered fair to slightly undervalued. Western Asset believes the reforms being pursued by the Bolsonaro administration are positive for the Brazilian economy over the longer term.