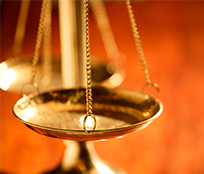 The debate rages on over what’s driving inflation and where it may be headed across a number of key geographic regions. As our CIO, Ken Leech, notes in his latest Market Commentary, “One of the acute challenges in the [US] inflation debate is whether to look at forward indicators of inflation, which are slowing sharply, or the more notable Consumer Price Index (CPI) and Personal Consumption Expenditures (PCE) inflation measures, which tend to be lagging indicators.” The following illustration depicts a number of forward-looking indicators that have come out in recent weeks and which support a lower inflation outlook. Despite clear evidence that this may well be the case, rate markets have repriced aggressively with yields spiking on fears that the Federal Reserve (Fed) will continue tightening to contain inflation pressures. Hawkish rhetoric from Fed Chair Jerome Powell and a number of Federal Open Market Committee members before and after last month’s Jackson Hole symposium—reiterating that inflation remains unacceptably high—has only poured more fuel on US rate volatility and fanned the flames of fear for an imminent (self-engineered) recession. This has caused spreads to widen across all risk assets.

A similar story is playing out in Europe where economic data, such as German factory orders, construction activity and additional survey data, point to a marked growth slowdown. However, core European bond yields are elevated on the back of accelerating food and energy prices and ongoing anxiety over disruptions to pipelines that feed gas from Russia to Europe. Rates repricing has also been significant in the UK where markets fear annual inflation rates could surpass the Bank of England’s peak forecast of 13%. Some Wall Street banks are forecasting annualized inflation in the UK could surge past 20% in early-2023—all of this in the face of a slump in household spending (due to cost-of-living increases), soft retail sales data and weak Purchasing Managers’ Index (PMI) indicators that point to slowing demand.

The disconnect between market pricing and incoming economic data is clear. So how might investors take advantage of this?

As we discussed in a recent paper, Global Bonds—Ripe for Picking, we’re in an environment where markets are pricing in more rate hikes by the major central bank against the backdrop of slowing global growth, the ongoing Russia-Ukraine conflict, key election cycles across developed market (DM) and emerging market (EM) countries as well as simmering Taiwan-related tension between the US and China. We believe this is no time to take a passive approach to exploiting pricing inefficiencies across global fixed-income markets.

For fixed-income investors today, active duration and yield-curve management are critical. This means diversifying duration positions in those markets where the interest-rate cycle is stabilizing or poised to ease. It also means being thoughtful about which countries to own and where duration is held along the yield curve. Given the substantial variance among the changes and movement of absolute yield levels, slopes and shapes of government bond curves—both within and across countries—active management can add value for investors by anticipating and seeking to capitalize on these differences.

At Western Asset, we believe the key to an improved tone and more stability in fixed-income markets is a moderation in inflation. Our base case is that the combination of easing supply-chain bottlenecks (which is underway) and tighter policy by the Fed and other major central banks, along with negative real incomes slowing consumption, should have the ultimate effect of pushing overall inflation lower. In the US, there are clear signs that the housing market is beginning to slow as higher mortgage rates begin to bite. Anecdotal evidence from corporates indicates inventories are normalizing and demand is softening. In Europe and the UK, higher energy costs and inflation are hampering consumption and negatively impacting business confidence. With all of these fundamental data points in mind, we anticipate global inflationary pressures will peak in the coming months and decline as 2023 progresses—a scenario that should lead investors to reengage with global fixed-income markets where valuations are much more compelling than they were at the start of the year.