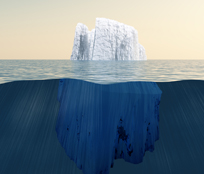 With the recent adoption by the US Securities and Exchange Commission of Rule 18f-4, US mutual funds are working toward implementation of a new framework governing the use of derivatives and financing transactions. Rule 18f-4 takes effect in August 2022, but compliance with the rule will require significant advance preparation.

One key element of Rule 18f-4 is the shift to the use of Value at Risk as a metric to limit the use of derivatives and leverage. This overview illustrates key decision points for Value at Risk model ownership and administration that ultimately will serve as the basis for adhering to limits established by the rule.

Western Asset has evaluated the implications and is prepared to assume ownership of the Value at Risk model for its fund clients, but fund clients may wish to retain ownership as well. With the recent adoption by the US Securities and Exchange Commission of Rule 18f-4, US Funds should approach these decisions fully informed of the potential implications for the various operational options. Western Asset expects to work closely with its clients through the transition and our new paper is designed to facilitate those discussions.

This excerpt comes from our Rule 18f-4 paper that more broadly describes the Rule’s background, objectives and implications. Read or download the full paper here.

Rule 18f-4 is an Investment Company Act rule that applies to US mutual funds. Funds in scope are required to maintain a derivatives risk program and abide by Value at Risk (VaR) limits as a means of controlling derivatives and leverage risk.

The Rule requires maintenance of a VaR model which compares portfolio VaR to the VaR for the portfolio’s benchmark or selected reference portfolio (or in more limited cases, establishes an absolute VaR limit) for daily monitoring. In addition, the Rule requires back-testing to ensure the model continues to reasonably reflect the real world. If a portfolio goes over its designated VaR limits, immediate corrective action is required.

The calculation of VaR is not a simple and mechanical process. Effectively designing and utilizing VaR models requires an understanding of various assumptions and implications—there are elements of judgment involved.

VaR models require understanding of various assumptions and other elements subject to careful judgement regarding the exact approach required. However, a fund ultimately must look to one VaR model as its official model for Rule 18f-4 purposes.

There may be different results produced by different parties using different models and/or different underlying assumptions in calculating the VaR numbers. There always may be benefits of shadowing or comparing models, but we have to take into consideration that the Rule imposes limits and requires certain actions in a limited timeframe based on the official VaR model results.

By regulation, Western Asset, in its role as sub-adviser, cannot assume overall responsibility for a fund’s derivatives risk program. However, Western Asset can assist fund clients in complying with Rule 18f-4 VaR limits in one of the following ways:

Western Asset prefers the first option, but recognizes that for different reasons, a client may prefer to maintain their own VaR models and/or monitoring VaR via a third party vendor. Western Asset can accommodate either approach.

Each approach comes with its own implications. An overview of each approach can help inform discussions that Western Asset has with its US mutual fund clients in considering which approach to select.

There are two key advantages of Western Asset’s VaR model: knowledge of the instruments, the model and its underlying assumptions, as well as using the same model in day-to-day risk management. Both of these are critical in times of stress when a fund can approach or exceed VaR limits and when time is short to correct the issue, especially when markets are under stress.

Security set-up is crucial. A number of questions comparing model results are answered by reconciling security set-ups rather than differences in methodology. As the sub-adviser, Western Asset is well-positioned to understand the instruments and their attributes.

Knowledge of the model and its drivers will be extremely important if/when a fund is approaching or crossing the VaR limits. There is value in being able to validate before taking action and forcing trades to remedy. Being close to the model also helps determine what measures are needed to keep a portfolio under a VaR limit or repair an overage. VaR inherently stems from a quantitative model, so the interactions of all the inputs and variables/model assumptions, and the corresponding cause and effect of particular trades may not be immediately clear. Being able to make informed decisions—particularly in times of stress—may prevent unnecessary fund trades in the most difficult market conditions. That difference may facilitate Western Asset’s ability to address outages in the tight time frames required by Rule 18f-4. Using the Western Asset model will also lessen dispersion from proprietary funds, often a key concern of sub-advisory clients.

Rule 18f-4 requires regular back-testing to ensure the VaR model maintains integrity. Identifying circumstances when actual returns significantly deviate from forecast model returns leads to an ongoing evaluation of the model. There is judgment and expertise involved in this discipline. Western Asset typically reviews the efficacy of its model on a monthly basis. Other than regular updates to inputs, the model itself may not change frequently.

Western Asset has expertise with VaR modeling, estimation and usage, and worked with VaR limits in other regulatory contexts before Rule 18f-4 was established. The Firm built and maintains an in-house system, so it does not rely on third party vendors. There will be design decisions in how Western Asset builds and maintains its model.

If a fund delegates the VaR aspect of Rule 18f-4, Western Asset can provide transparency into daily VaR metrics on whatever frequency the client requests. The Firm can also provide documentation and support fund oversight and diligence efforts.

Fund clients may wish to maintain a shadow VaR model as a measure of independent oversight. Western Asset would work with such clients to mitigate the risk of large differences between the models, but Western Asset’s internal model would be the metric of record. In practice, clients with such capabilities may ultimately prefer to use their model as the standard but it is an option worth noting.

Fund or Fund Adviser Ownership of the VaR Model

For various reasons, funds may prefer to use a VaR model they develop and associated monitoring for Rule 18f-4 purposes. For example, fund complexes with multiple sub-advisers and multi-manager funds may prefer to maintain a single VaR approach at the fund level.

In these cases, Western Asset would maintain a shadow VaR for its internal purposes and/or coordinate with fund clients to obtain a regular feed of official VaR metrics. These measures would be necessary to permit Western Asset to effectively manage the fund within required VaR limits.

There are trade-offs to this approach. As noted above, there may be differences among Western Asset VaR results and the results from other models due to security set-ups and/or VaR methodology. Western Asset will not be able to validate fund client VaR results and will not have full transparency into the drivers or what actions are likely to have what results under the client’s model. When approaching or exceeding VaR limits, funds will either need to instruct specific remedial measures based on their knowledge of their VaR model or Western Asset will make its best educated guess.

There may be delays in the back-and-forth of communications and action, which are exacerbated in times of market stress. These delays may impact prompt resolutions, particularly if a client is relying upon another third-party service provider for its VaR model administration. Resolutions could take different forms for different fund clients with different VaR approaches resulting in dispersion.

Western Asset understands there are valid reasons for different approaches. There may be clearly “wrong” approaches; there may not be a single “right” approach. Being aware of the implications and either accepting or mitigating those risks is part of an informed decision-making process.

For fund clients that choose the second approach, Western Asset envisions the following framework to mitigate the risks involved: