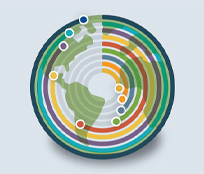 The US balance on foreign trade improved dramatically in October, to a deficit of -$67.1 billion, from -$81.4 billion in September, as exports rose 8.1% versus a 0.9% rise in imports. Export gains were recorded for most types of goods, with especially sharp gains for industrial supplies, mostly oil, and food, mostly soybeans. In terms of geographic areas, far and away the largest export increases were in trade with Canada, China and Hong Kong.

When advance measures of these data were announced last week, along with data on consumer spending, many Wall Street houses took the trade data as a sign of sustainable improvements in foreign trade, and they consequently marked their GDP forecasts higher, to the 7% to 9% range for 4Q. We are inclined to be more circumspect concerning the gains.

As impressive as the October export gains appear, they were to a great extent a reversal of export weakness in September. So, average together the September and October data, and you get an uptrend in exports, but not nearly as explosive a one as the October data would suggest. Similarly, the big increases in oil and food exports—and in exports to China and Hong Kong—work to offset sharp declines in preceding months, suggesting a short-term export rebound rather than a durable growth trend.

The accompanying chart provides some perspective on things. The foreign trade data obviously contain a lot of “moving parts,” components such as oil, food and motor vehicles that show a lot of fluctuation/ volatility from month to month. The trade deficit measures including these components show sharp October improvement following a similarly sharp deterioration in September. Abstract from these volatile components, as per the heavier blue line, and the “underlying” trade balance shows a steadily declining trend, some improvement in October, but nothing out of the range of random fluctuations seen in preceding months.

Meanwhile, we have not even tried to fold in the disruptive effects on trade flows of the container ship traffic jam bedeviling Southern California seaports.

Bottom line: Perhaps the October data do indeed mark a break in trend that will lead to a constant boost to growth from the export side. However, our inclination is to think that the October gains were somewhat spurious and that going forward, foreign trade will remain the constant drag on US growth that it has been throughout recent years.