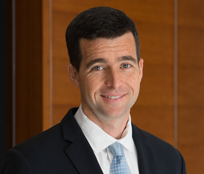 Our Thoughts on the Fed’s Emergency Actions

Yesterday the Federal Reserve held an unprecedented Sunday meeting to announce a new round of measures to address the current economic emergency. The new measures include cutting rates to zero and an expanded bond purchase program. Brief thoughts on each measure are provided below, in addition to some observations on what the Fed did not do yesterday and where we think policy could go from here.

Before discussing the details, we’d like to be clear that overall we see the Fed’s measures as extraordinary. While it’s true that the Fed’s actions cannot change the course of the COVID-19 virus, that fact should not be used to diminish the importance of the response. By acting in such a dramatic fashion the Fed has made it clear that it will use all of the tools at its disposal—and will use them as aggressively as necessary—to address the economic fallout from COVID-19. This aggressively accommodative stance will contribute to market stability and could potentially have long-lasting, positive impacts on the eventual economic recovery. Of course, the Fed was pushed into such action by truly trying times, and investors clearly need to be mindful of the seriousness posed by the spread of the virus.

The Fed cut its benchmark interest rate to zero. The Fed has long signaled that it believes monetary policy should be used proactively and aggressively. Nonetheless, the cumulative 150 bps of emergency cuts and return to the zero lower bound came faster than anybody expected, including anybody at the Fed.

The Fed stated that it will wait to raise rates until it is “confident that the economy has weathered recent events.” In the subsequent press conference Fed Chair Jerome Powell further emphasized the intent to be slow in normalizing when he said that the Fed would be “patient” in raising rates. The sharp decline in oil prices year to date, which will likely weigh on realized inflation, further pushes out any future rate hikes. The important point for investors is that the Fed’s zero interest rate policy will likely be here for a while, and could be here even well past the time when COVID-19 concerns have moderated.

The Fed also authorized $700 billion of purchases in the “coming months.” The purchases are to be split between Treasuries ($500 billion) and Agency mortgages ($200 billion). These purchases are primarily intended to address illiquidity in the Treasury market. The Fed’s statement made this connection explicit, as did Chair Powell in his subsequent press conference.

There are two implications of tying the bond purchase program to the illiquidity in the Treasury market. First, if illiquidity continues to be a problem, then the Fed can certainly do more on this front. One way that the Fed could do more is by pulling forward as much of the purchases as needed. For reference, the Fed bought $40 billion of Treasuries on Friday last week and another $40 billion of Treasuries today. Thus in just two days the Fed purchased $80 billion worth of Treasuries, which was as much as the monthly pace of purchases during the previous QE program. There is nothing preventing the Fed from proceeding at this elevated pace. The Fed could also do more by authorizing more purchases. It could do that at any point, and we expect that the Fed will continue to be aggressive in purchasing bonds until Treasury market liquidity is stabilized.

The other implication of tying bond purchases to the illiquidity in the Treasury market is that bond purchases may come to an end if COVID-19 concerns moderate. Thus, in contrast to the rate policy, which will likely remain accommodative long past any return to economic normalcy, the bond purchases could be limited in time. Of course, the Fed would likely be a little careful in curtailing purchases, perhaps by tapering the pace. Nevertheless, the prospect of ending bond purchases is one that the market may have to face much sooner than the prospect of rising rates.

What the Fed Did NOT Do

The Fed did not do anything to directly address stress in credit markets yesterday. Instead, the Fed’s actions are intended to indirectly support credit markets by supporting growth, providing liquidity and stabilizing the Treasury market. While these actions should prove helpful, they are not as powerful as a direct intervention in credit markets would be.

Part of the reason that the Fed stopped short is that a direct intervention in credit markets involves other parts of the government. For example, if the Fed were to provide funding for corporate or structured credit, it would need the US Treasury to take the first loss on any facility in order to indemnify the Fed from losses. (This would be similar to the TALF program, the Term Asset-Backed Securities Loan Facility, that ran from 2009-2010). Another possibility would be for the Fed to buy distressed assets outright under its emergency, Section 13(3) authority. Using Section 13(3) would require a determination that prices were being depressed to fire-sale dynamics, and would also require an approval from Treasury and Congressional leaders.

It remains to be seen whether or not the Fed will eventually intervene directly in credit markets. Our sense is that in the current atmosphere any barriers to the Fed doing so could be rather quickly overcome. Specifically, Treasury and Congress would likely agree to a more aggressive Fed response, and there are areas of the market that are increasingly distressed. Moreover, the Fed’s dramatic actions thus far demonstrate an impressive commitment of doing whatever is needed. Some kind of intervention in credit markets is therefore the next thing for the Fed to consider. Whether it eventually comes is not a question of will or ability, but instead a question of need.