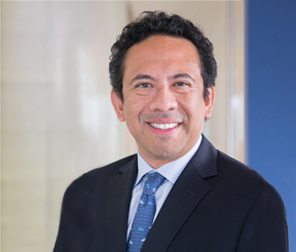 The Opportunity Cost of Fear

Three storylines dominate today’s financial headlines: slowing global growth, rising debt levels and the extended credit cycle. Perhaps they’ve convinced you that an imminent crisis is lurking around the corner. This isn’t surprising. In times of market pessimism, news tends to veer toward the sensationalistic, loss aversion sentiment goes viral and the opportunity cost of fear—the risk of staying on the sidelines—rises.

Just three months ago, markets were pricing in extreme negative outcomes for US growth, Brexit and US/China trade war risk. This seemed unjustified to us based on our assessments of global and local market conditions. As such, we seized the moment by adding risk selectively across our portfolios. Had we drifted from our long-term fundamental view or allowed ourselves to be distracted by bombastic headlines, we would’ve missed the sharp market turnaround year to date.

Post-rally, we’re now hearing the expected refrain of “sell the rally while you can.” Although we recognize a number of remaining potential landmines, when we look at the global landscape as a whole, we just don’t see the dire view some pundits would have you believe.

First, while there’s little question that economic growth in the US and Europe is slowing, this shouldn’t be too much of a surprise given the number of self-inflicted policy wounds from the US administration over the past year and Europe’s continued inability to side-step political chaos. But we see the odds of both economic giants slipping into a protracted, downward growth trend remaining low, especially with both the Federal Reserve and European Central Bank signaling a commitment to policy accommodation and our expectation that temporary factors inhibiting growth will fade over the course of this year. We expect growth to remain positive, albeit at low levels.

Second, never underestimate the comeback power of emerging markets (EM). Despite facing multiple headwinds over the past year and lingering concerns about China’s growth prospects, EM fundamentals have remained resilient and we expect economic momentum, in aggregate, to continue supporting global growth. This bodes well for EM fixed-income markets where valuations are compelling and the risk of rising US interest rates has diminished.

Third, with global growth humming along at a 3.0%-3.5% annualized rate—not anemic by any stretch—we believe the odds of a full-blown global debt crisis are remote. Granted, debt levels around the world have hit a record high, but global debt sustainability—the ability of countries in aggregate to service their debt—shouldn’t be a cause for alarm, at least not this year or next.

Bear in mind that governments and corporates have been able to sustain higher debt levels since the 2008 crisis because the ultra-low interest rate environment afforded them the opportunity to refinance their debt at very favorable levels and maturities. In our view, low interest rates are here to stay, especially now that policymakers are looking to pause rate hikes or even cut rates to avoid derailing the recoveries in their home countries. It’s this combination of benign global growth, low interest rates and more “risk-conscious” policymakers that underpins our view that the global credit cycle has more room to run, even if we are in the second half of the game.

We recognize that themes such as slower global growth, rising debt levels and the credit cycle are all complex. But we’ve learned the value of weaving such themes together to develop a “big-picture” view, even if all of the pieces don’t come together neatly. Without that holistic perspective, investors run the risk of succumbing to fear, drawing the wrong conclusions and missing out on what could have been a compelling value opportunity.