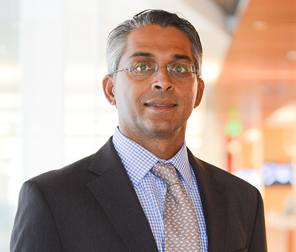 Despite massive monetary easing by developed market central banks since the great recession, inflation has failed to emerge. Falling inflation expectations are now becoming a concern. The Fed has brought this problem to the forefront with talk around “average inflation” and price level targeting. The Fed does not want a mindset of disinflation getting embedded here in the US as it did in Japan. The University of Michigan 5-year Inflation Expectations are as low as they have ever been at 2.3%. Clearly, this is a concern for the Fed.

The recent fall in core PCE—the Fed’s favored inflation measure—to 1.6% is not a worry at the moment. As Fed Chair Powell suggested, this decline in inflation can be dismissed as “transitory” due to one-off downside surprises from asset management services, apparel prices and airfares. But, one could argue that other factors such as health care, core goods, a strong dollar and slowing housing could pose headwinds over the longer term. Regardless, the persistent shortfall in core PCE needs to be addressed. A rise in inflation above the Fed’s 2% target has been elusive and any further weakness will necessitate some action from the Fed.

The Fed’s Credibility at Stake

The Fed’s core PCE inflation target has averaged 1.6% and 1.7%, over the last 10 and 20 years, respectively. Any inflation make-up policy would suggest tolerance of inflation rising above the Fed’s 2% target; core PCE has consistently undershot this target. The longer-run consequences of such a policy will depend on the success of this “forward guidance”-like program to generate inflation. Central banks’ ability to produce inflation through their policies in a world that is saturated in debt—one that faces headwinds from the demographics, technology and the supply side—remains a challenge. In the recent past, central bank policies have failed, despite modest growth in developed economies.

The Fed is currently “listening” and its emphasis on inflation at this time of the cycle strikes a dovish tone. With the subject of inflation-targeting breached, the market now expects the Fed to act if inflation remains below its target. The markets are already pricing in the probability of rate cuts this year due to this rhetoric from the Fed. It will be very hard for the Fed to backtrack its inflation targeting framework without losing credibility. As the saying goes, “It’s hard to put the toothpaste back in the tube.” It now appears that some sort of inflation make-up strategy will be part of the Fed’s toolbox by next year. We don’t think this change will lead the Fed to cut rates this year, unless growth or financial conditions deteriorate. But, it remains to be seen at what threshold (for core PCE) will drive the Fed to action.