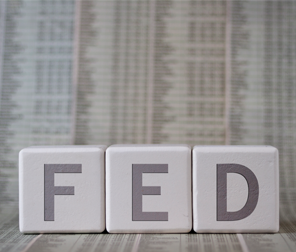 The Fed Is Reacting to Inflation Data, Not Trying to Get Ahead of It

Today the Federal Reserve (Fed) moved forward with its program of withdrawing the extraordinary accommodation it had put in place during the pandemic. The Fed accelerated the tapering of asset purchases, doubling the pace of reductions to $30 billion per month, so that purchases will be completed by mid-March 2022. It also revised up its expectations for the number of rate hikes next year. Now most Federal Open Market Committee (FOMC) members expect it will be appropriate to hike three times next year. These expectations are consistent with rate hikes beginning in either May or June, although of course a number of permutations are possible. Today’s actions were widely anticipated. Market prices had adjusted considerably over the past six weeks. Prior to the meeting the market had priced close to a full hike at next year’s June meeting. The outcome today did more to validate the current market pricing rather than change it.

The context for today’s Fed action was as follows. Inflation has accelerated sharply in recent months. The acceleration has been led by outsized gains in supply-constrained goods sectors (such as autos), although firming costs of housing have also contributed. The progress on the Fed’s employment mandate has been more modest in comparison. Two months of declines in the unemployment rate suggest there is a bit less slack than at the time of the previous Fed meeting. The labor market remains some ways from full employment, however, as is evident in the still-significant distance to the pre-pandemic trend in total jobs (7 million) and to the pre-pandemic prime employment-to-population ratio (more than 1.5 percentage points).

While there was undoubtedly some discussion among Fed officials about how to balance the two sides of the mandate—surprisingly strong inflation on the one hand, a still-significant distance to full employment on the other—the outcome of today’s meeting had been amply foreshadowed by public comments prior to the meeting, which had focused on the inflation risks. The focus on inflation was evident again in today’s post-meeting press conference. In fact, Chair Powell explicitly attributed the acceleration in tapering to the surprise in the October CPI print. He said, “the Friday after that we got the CPI which was a very high reading and I honestly at that point really decided I thought we needed to look at speeding up the taper.”

As Fed policy seems tied to inflation, for the moment, an interesting question is whether the Fed is currently ahead or behind of inflation developments. One could infer from the smallish magnitude of today’s price moves in interest rate markets, at least in relation to the much bigger adjustments caused by the inter-meeting releases of inflation data, that the Fed is following the economic data rather than leading it. While that may not be 100% true—prices have also responded to comments from Fed officials over the past few weeks—it is a plausible interpretation that seems supported by the recent price action. A similar conclusion would be reached by comparing the size of the surprise in inflation (over the last six months the Fed’s forecasts for current-year inflation were revised up by nearly 2 percentage points) with the change in the Fed policy (a mere three more hikes anticipated over the next 12 months). That such a big surprise could lead to a rather small reaction suggests the Fed is not actively trying to get ahead of developments.

At the time of last year’s framework review, the Fed embraced a policy of following the inflation data (rather than leading it). The pre-emptive tightening cycle that started in 2015 was an avoidable policy mistake. The expected inflation back then never materialized and instead the tightening likely delayed further gains in the labor market. The current Fed strategy, which was put in place last year, was designed explicitly to avoid making a similar mistake again. The current amount of inflation is likely well in excess of what Fed officials had in mind when they formulated their strategy. Nonetheless, the fact that they did not try to pre-empt the inflation was, to some degree, intentional. The new strategy is less than a year old and it’s likely that some aversion to pre-empting inflation data remains.

Some investors may worry that the Fed’s removal of accommodation today puts it on a trajectory that would eventually have policy ahead of inflation developments. Should that happen, it may pose a challenge both for growth and for risk assets. Similarly, some fear the current strategy may eventually be overturned: the Fed ruled out pre-emptive tightening in the past, so why couldn’t it rule it back in someday? We suspect that the scenarios that would cause such an outcome are quite far out of the money, so to speak. One such scenario would be if the inflation outlook were to deteriorate meaningfully enough to demand a sharp Fed response. This could happen if an inflationary mindset were to become entrenched, thereby causing changes in consumer or producer behavior, not to mention ongoing price increases. There is hardly any convincing evidence of this happening today. Both market-based and survey-based inflation expectations remain only modestly higher than pre-pandemic levels. And there is a general understanding that much of the current inflation can be attributed to the pandemic, therefore it’s unlikely to be repeated on an ongoing basis. An undisputedly tight labor market is another scenario that could plausibly cause the Fed to reverse its strategy and try to get ahead of inflation developments. While theoretically possible, the prospects of such a labor market seem rather remote at the moment. Not only are a number of indicators far from pre-pandemic levels, the experience of 2018-2019 suggests that standard measures may not in fact capture the amount of true capacity in the labor market.

We are left, therefore, with the conclusion that the Fed is reacting to inflation developments rather than attempting to get ahead of them. That posture is unlikely to change materially in the near term. What are the implications for the outlook? Based on the observed Fed reaction to recent inflation surprises, we have a pretty good idea of what would happen if inflation were to stay around its current elevated levels. In that case, the Fed would likely continue its program of withdrawing accommodation and may even further accelerate the process, as it has done recently. There would be limits, however, as we suspect the intent to be led by inflation developments would remain, rather than the other way around. As a consequence, any withdrawal of accommodation will likely be measured, not sharp. There would also be a heightened sense of caution among officials about undue damage to the labor market, which could further restrain any adjustments to tighter policy.

What if, on the other hand, inflation were to fall from its current levels, perhaps even disappointing expectations over the next few quarters? It’s not hard to see what would lead to such an outcome—growth slowing from elevated levels, supply returning as producers move beyond the pandemic and the structural disinflationary headwinds reasserting themselves. In this case we suspect the Fed would be unwilling to proceed with tightening at anything near the current market pricing. The Fed intends to react to inflation, not get ahead of it, and if inflation is falling on its own, then the risks of repeating the previous mistakes would be too great for the Fed to plow ahead.