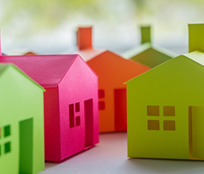 Taper on Steroids—MBS Sales Expected in 2023

Ever since the minutes of the March Federal Open Market Committee (FOMC) meeting were released on April 6, the agency mortgage-backed securities (MBS) market has been repricing to anticipate quantitative tightening from the Federal Reserve (Fed). Balance sheet runoff is not the main source of uncertainty, as the minutes provided a framework consistent with prior tightening episodes. The real wildcard, and source of investor concern, was the following excerpt from the March FOMC meeting minutes: “Participants generally agreed that after balance sheet runoff was well under way, it will be appropriate to consider sales of agency MBS.”

The Fed has implemented three rounds of MBS purchases since the global financial crisis of 2008-2009, and has allowed MBS to run off its balance sheet twice in that period. But in all that time the Fed has never sold MBS. This would be an unprecedented dynamic for our market, and would come at a time when the Fed holds more MBS than ever before, at $2.7 trillion now, compared to $1.7 trillion after QE3 and $1.1 trillion after QE1.

As of this writing the Fed is currently still reinvesting principal and interest payments from its MBS holdings. The Fed will need to slow those reinvestments and allow for runoff before sales become a possibility. The playbook for runoff prescribes a June start, when the Fed will allow at most $17.5 billion of agency MBS to pay off. The Fed will hold that $17.5 billion monthly cap constant until September when it will be bumped up to $35 billion per month. We expect MBS paydowns to be approximately $20 billion per month, which means the Fed will still need to purchase securities through August. That will supply a technical tailwind to MBS in the near term. However, the supply/demand technical picture would then turn decidedly more bearish in September. Additionally, $20 billion per month of MBS paydowns falls well short of the Fed’s ultimate $35 billion monthly cap, which becomes concerning when we consider how the Fed will handle the runoff of US Treasuries (USTs). The Fed has committed to selling T-bills if necessary to meet the $60 billion per month runoff cap on USTs. In the current framework, the Fed will be increasing the concentration of agency MBS on its balance sheet, and it has repeatedly stated a preference for having its balance sheet composed of mainly USTs over the longer term. This fact is by no means lost on the Fed, and we believe it is why broad support for sales was reflected in the March FOMC meeting minutes.

Mention of sales was absent from the May FOMC policy announcement. However, the meeting minutes and subsequent talking points from Fed officials make it clear that the idea is very much alive, reinforcing the messaging that it would be appropriate for the Fed to consider MBS sales after balance sheet runoff was well under way. On May 10, Cleveland Fed President Loretta Mester reiterated the importance of MBS sales as a tool to enable the “return of our portfolio’s composition to being primarily Treasury securities.” Dr. Mester put forward two possible frameworks to determine the amount of outright sales. During months when the runoff cap of $35 billion was not reached with principal and interest payments, the Fed could use sales to make up the difference. Alternatively, the Fed could set a floor on monthly reductions, and sell to ensure that minimum was met every month. Notably absent from these comments was any mention of the strength of the housing market or inflation. We interpret this to mean that the Fed does not currently view MBS sales as a tool to tighten monetary conditions, and therefore implementation is unlikely until next year.

Although we anticipate that sales will be an event for 2023, we respect that markets are forward-looking and believe that sector and coupon positioning will be key to protecting portfolios. The MBS held by the Fed are heavily weighted toward 30-year 2.0% and 2.5% coupon pools. These sectors are priced at a steep discount due to the rise in rates this year but also have very tight spreads due to duration extension, slow expected prepays and the Fed’s ownership. In our view, the spreads of low coupons have plenty of room to widen and we expect them to come under pressure from both Fed sales and also due to passive investor sales as production coupons (4.0% and 4.5% MBS) gain a larger weight in the index. During prior periods of MBS runoff nominal spreads have widened by roughly 40 bps, which would result in 300 bps of negative excess returns. The historic selloff realized during the first half of this year combined with the prospect of Fed MBS sales has created compelling risk reward opportunities within the agency MBS universe. Our ability to actively position against the US MBS benchmark allows us to focus on sectors we believe offer the most value and avoid those that we believe are most susceptible to unfavorable technicals and policy risk.