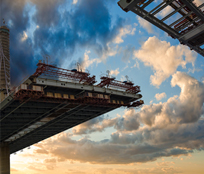 Despite the tremendous challenges states face in combatting COVID-19, we believe they will survive—given the combination of healthy reserves, federal support and robust management tools that should enable even the most troubled states to prevail during this unprecedented pandemic.

The impact of COVID-19 on our health and economy has been swift and dramatic. Nowhere has the collective economic damage been more keenly felt than by state and local governments, as they form the front line in the battle against the virus. State budgets will bear the brunt of increased costs related to providing healthcare and economic support, and this against a backdrop of lower income and sales tax revenues associated with the economic shutdown. But not all states were in equal standing coming into this crisis, nor are all states equally affected by the crisis. Rainy day fund balances, varied federal support from the CARES Act, sensitivity to volatile revenue sources, existing liabilities and rising unemployment exacerbating poverty rates all combine with the number of COVID cases to affect both the level of damage and the ensuing response.

Examining the 27 state revenue shortfalls in 2020 and 2021 (as reported by the Center on Budget and Policy Priorities), we find that only three are able to cover the gap from existing rainy day fund balances; however, when considering the significant federal support associated with the CARES Act alone, we believe 16 states will be able to solve for the shortfalls associated with COVID-19. There is only one problem: the federal CARES Act money can only be used for increased expenses due to COVID-19, not for lost revenues. For that reason, certain states are seeking additional flexibility in the use of funds, but this also highlights the political and policy considerations of the municipal bond market, and the moral hazard of states requesting COVID-related aid to address challenges that preceded the pandemic.

In addition to federal aid, states also retain a great deal of flexibility to help cope with the pressures of the pandemic. States have unilateral powers to cut expenditures and the ability to draw on reserve funds and borrowable resources, which often span across state agencies. Many of the states entered FY2020 in better shape than others, considering record revenues and their having built liquidity and reserves after the devastation caused by the global financial crisis (GFC). While some states were still struggling coming into FY2020, and continue to struggle now, strong management practices can help overcome these challenges. We are already seeing successful austerity measures in light of anticipated budget shortfalls. Now, let’s take a look at the states that have frequented the headlines in recent weeks.

Perhaps no state has been as affected by COVID-19 as much as New York, the epicenter of the outbreak in the US. Following record revenue and job growth, New York now faces $61 billion in cumulative budget gaps through 2024, with $13.3 billion to come during FY2021. Revenue reductions are fueled by a 17% drop in personal income tax revenue and a 16% drop in sales taxes. To combat this, $10.1 billion in expenditure reductions have been enacted by the state, including $8.2 billion of cuts to localities including school districts, higher education and healthcare. This one-year reduction is the largest decline since the Great Depression. Increases in federal Medicaid funding and the use of reserves will help achieve a balanced budget. Through April 15, 2020, New York reports spending only $650 million of its $5.2 billion of CARES Act funding on COVID-related expenditures. Access to this capital money for the purpose of supporting budget gaps would certainly help the state manage through its projected stress over the next few years. New York has a strong history of adapting to unprecedented circumstances, and we believe the state’s action to curtail the spread of the virus and strong management practices honed through years of dealing with fiscal crises including that of New York City in the 1970s will enable it to successfully navigate the unprecedented situation caused by the pandemic.

California Governor Newsom shocked the municipal market in early May by forecasting a budget gap of $54 billion through June 30, 2021. The Governor’s estimate is considerably larger than that of the office of the state’s legislative analyst, which pegged the gap at between $26 billion and $39 billion. This divergence illustrates the point that just like projections about the spread of the virus, the economic damage wrought by the virus is open to debate, but is likely to be considerably more severe than that inflicted by the GFC.

California is dependent on income taxes, which comprise 70% of revenue. This drives a “boom and bust” environment that makes the state especially vulnerable to economic cycles. However, California entered the Great Lockdown well prepared to weather the economic crisis. California has reserves of 13% of expenses versus the state average of 8%, and the funds that it may borrow make it unlikely that it will have to tap the market for short-term liquidity. The state also has capacity to issue bonds, having paid down debt during the recent years of strong economic growth.

In Illinois, Governor Pritzker had previously asked his team to prepare expenditure cuts of 15%, which could soon be enacted. The state also proved its market access during the week of May 8, receiving high interest without the need of accessing the Fed’s Municipal Liquidity Facility (MLF) backstop (though the state continues to explore this facility for financing). The hard-hit state also expects to have sufficient CARES Act funding to cover virus-related expenses through 2021.

States Can Recover From Their Budget Shortfalls

We understand the headlines around these massive challenges associated with state budget shortfalls can be unnerving for municipal investors. While these are real and significant concerns, municipal investors should be comforted by the vast flexibility states have to address these challenges, which, when coupled with federal aid, will support state governments through the current crisis. A newly proposed $3 trillion relief package would include another $1 trillion for state and local governments. The degree of funding from Congress will ultimately inform the degree of austerity required from states. While austerity is not supportive of growth and reinvestment into the respective communities, it is what we have seen from states during prior economic contractions to meet their obligations. In a stress scenario, states may also access the aforementioned Fed MLF backstop, which can purchase notes with up to a 3-year maturity to provide cash flow as a lender of last resort.