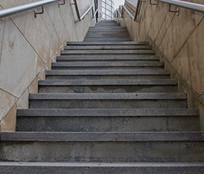 Our View on Rising Rates and Inflation

We believe the current fervor around rising rates and inflation in the US seems extraordinarily optimistic at this point. Although we’re extremely hopeful we’ll win the medical and economic challenges ahead as COVID-19 infections and economic disruptions recede, we believe it will take more time than what markets are pricing in at the moment.

Consider the goal of how quickly the US economy may get back to pre-Covid levels; what did that former environment look like? Well, in December 2019 the US was at 50-year lows in unemployment, equities were at all-time highs—and the Fed was cutting interest rates because inflation was subpar. Today, by contrast, considering the participation rate, unemployment is near 10%—approximately 10 million Americans are out of work, with some of those jobs permanently lost due to Covid. Regarding the debt burden, we are in a considerably worse position than we were in December 2019. Further, the fiscal spend the Democrats will pass through the March budget reconciliation process, in addition to the $900 billion we got in December 2020, plus the possibility of an infrastructure deal later this year, will be funded by even more debt.

Fiscal thrust will be a terrific short-term boost to the US economy, but will it be self-reinforcing enough to generate meaningful longer-term GDP growth? That’s not abundantly clear to us. Remember the 2018 passage of the largest personal and corporate tax cut in US history that was marketed as a self-reinforcing kick-start (and of course with higher inflation)? By December of that year growth fizzled and the Fed spent 2019 undoing a number of rate hikes previously implemented—again because inflation was anemic.

Current pricing reflects spectacular optimism. For example, the current five-year, five-year forward suggests the Fed will have the funds rate past 2.0% in five years. That implies the Fed will have been able to completely taper all its purchases and accommodation without impeding growth; that it will have been able to raise rates at least 200 bps without impeding growth; that our tremendous debt burden will not have slowed growth; and that the Fed will have achieved broad-based, full employment whose benefits are broadly shared. Is it possible anything can go wrong or take longer to achieve? To short the market at today’s pricing—those accomplishments are required simply to break even on the trade!

We expect that through base effects, pockets of inflation will rise this year. Both the Chair and Vice Chair of the Fed openly acknowledge they’re willing to look through “transitory inflation” in the great likelihood it may not persist. Their inflation goal is not only to achieve 2% over the medium term, but to have a high degree of confidence it will remain there persistently. Longer-term secular forces we’ve been dealing with since the GFC have muted inflation. These include the debt burden and aging populations throughout the developed world which increase dependency ratios and advancements in technology. While tech advances do increase productivity over time, they also displace human workers at an increasing pace. All three of these forces have worsened over time. Currently, US 10-year breakevens suggest the Fed’s job is already accomplished—might this also be overly optimistic? We think so.