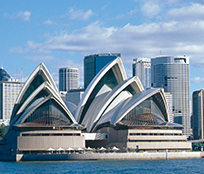 Governments and central banks around the world have responded to the economic implications of COVID-19 by rolling out unprecedented monetary and fiscal policy responses. To date, in an Australian context, the federal and state governments’ measures announced amount to approximately A$200 billion or 10% of GDP. Together with the Reserve Bank of Australia (RBA), there have been several policy initiatives announced over the course of the COVID-19 crisis, with each policy packing in more stimulus than the one preceding it. That being said, whilst quantitative easing (QE) can broadly define many of the central banks’ responses, “the devil is in the details” as the saying goes with the “Aussie” programme offering some nuances which make it a more targeted, and potentially a more effective set of policies.

In this blog post, we further discuss the details of what we view as the three key components of the four-part package announced by Governor Lowe on 19 March and share our assessment of the potential impact of each on the Australian economy as well as fixed-income markets.

In our view, the RBA’s emergency rate cut of 50 bps in total to a record low of 25 bps will clearly result in an across-the-board impact. Both households and businesses will see reducing funding costs and exporters are likely to see further help via the exchange rate channel. The commitment, or lack thereof, from the RBA to a time limit on this emergency cash rate is an important message to the economy and Governor Lowe’s direct link to the RBA’s objective of generating a sustained inflation rate of 2%-3% per year and to an unemployment rate that approaches the non-accelerating rate of unemployment (NAIRU) of 4.5%, provides the market with clear signposts for future upward movements in the cash rate.

Over and above the emergency rate cut, the RBA announced a yield curve control policy specifically targeting a 3-year government bond yield of “around” 25 bps. The benefit of the initiative is that the yield curve remains anchored to the cash rate and alleviates investors’ concerns that significant new supply of government and semi-government bonds will find an investor base. Furthermore, the 3-year yield is a key funding rate and lower yields at this key rate will benefit the pricing of all financial instruments and assist liquidity in government bonds and semis which has been challenged during the crisis. The RBA’s actions have quickly flowed through to market pricing, as demonstrated in Exhibit 1.

The target yield will be achieved by allowing broad-based buying by the RBA of both government and semi-government bonds across the curve, with no limit on the timing or quantity of purchases. The RBA’s action in the open market has been remarkable and unprecedented with the RBA purchasing A$30 billion in bonds from 20 March to 1 April.

The RBA concurrently announced an “at least” A$90 billion term funding facility (TFF) at a fixed rate of 25 bps. This is largely targeted towards small and medium-sized enterprises (SMEs) but will bring down funding costs across the board. The RBA has made the SME sector a target through an incentive structure whereby banks will be given the opportunity to increase their initial allowance within the facility (set at 3% of outstanding credit) if they increase their outstanding credit to SMEs. The incentive is significant, as banks will receive an increase in their allowance of five times the dollar increase in credit outstanding. In addition, the federal government further enhanced the TFF through the extension of loan guarantees to SMEs whereby they will assume 50% of the credit risk on new lending.

The focus on SMEs is welcomed as this area of the economy stands to be the most affected by the COVID-19 driven economic slowdown. Moreover, small businesses are an area of the economy that provides 44% of private sector jobs, but have experienced stubbornly high interest rates relative to recent moves in the RBA cash rate and housing lending rates (Exhibit 2). Therefore, the TFF will offer much-needed financial support over and above the significant policies put forward by federal and state governments.

Operationally, funding under the TFF will be extended under repo agreements which is notable as it may result in downward pressure on the yields of government bonds, semis and AAA rated supras as banks accumulate stock given their eligible security status for RBA repos.

The banks’ regulator, the Australian Prudential Regulation Authority (APRA), has also come to the party to support the TFF by temporarily changing its expectations around bank capital ratios. Although APRA has not provided banks with a specific CET1 ratio, it has stated that it “would not be concerned” should banks fail to meet the benchmark set in 2017 of 10.5% of risk-weighted assets over this period. APRA noted the excess capital buffer that Australian banks have built post the global financial crisis (GFC) are clearly sufficient if the banks were to reduce this to ensure the provision of credit at this time.

Non-bank lenders, who rely heavily on securitisation markets, have also received policy support that ensures access to cheaper funding and continued flow of credit to their customers. Specifically, the Australian Office of Financial Management (AOFM) will invest A$15 billion in RMBS and other ABS issued in the primary market as well as provide financing for securitisation warehouses.

From a sector perspective, cheaper funding, meaningful incentives and multilateral support to grow business lending books is likely to create a profitable venture for the bank and non-bank sector. Given the already healthy capital buffers of the banks (Exhibit 3) both versus APRA benchmarks and international peers, we do not see an expected reduction in the CET1 ratios as a material issue for banking credits.

We believe the RBA, the Australian government, APRA and the major banks have come together to offer and support a set of programmes that are fit for purpose by targeting measures that reflect the dominance of the services sector in the Australian economy. It remains to be seen what further programmes are deployed as the spread of the virus continues and as the community faces even more restrictions on its ability to generate economic activity. In the last seven days alone, the pace of fiscal policy announcements has been frenetic with the federal government announcing an A$130 billion “JobKeeper” wage subsidy and an A$1.6 billion childcare stimulus. Likewise, it is difficult to get a timely read on the effects of the current set of programmes in order to make an assessment of their success. What is clear is the multilateral commitment to offer a set of policies to keep the Australian economy on life support. We expect this collaboration to continue and commend the authorities and banks for their work done to date.