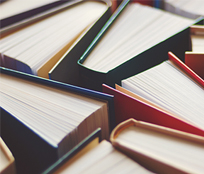 Are New Regulatory Changes Ahead for Money Market Funds?

Once again prime and tax-exempt money market funds (MMFs) have fallen under regulatory scrutiny following a market crisis. In 2008-2009, regulators stepped in to support MMFs during the global financial crisis (GFC); move forward to March 2020, and the market events brought on by the COVID-19 pandemic again required intervention from the Fed to ensure the continued functioning of both sectors. Now, in parallel to the “fallout” from turbulence for the US MMF industry following the GFC, the SEC has embarked on a process of review and consultation that will likely result in new changes to Rule 2a-7, the set of regulations governing MMFs within the Investment Company Act of 1940.

We believe regulatory action that supports the prime and tax-exempt MMF sectors and reduces inherent structural vulnerabilities is welcome. At the same time, we argue that regulation should be carefully calibrated to support MMF’s continued viability as important intermediating vehicles in the economy, providing diversified cash investment options for institutional and retail investors, and sources of funding for issuers borrowing in the taxable and state and municipal markets. Whatever the outcome, it is likely that investors will need to digest new amendments to Rule 2a-7, which will require investor education through the mutual fund industry.

Prime funds’ appeal to cash investors is that their portfolios are more broadly diversified and generally generate higher yields than do government MMFs, while tax-exempt MMFs can offer attractive taxable equivalent yields through federal, state and local exemptions.

Today, Rule 2a-7 creates a complex structure of parameters including specific accounting requirements for both FNAV and CNAV MMFs, issuer diversification and credit quality limits. Rule 2a-7 also defines daily and weekly liquid asset requirements that are in turn linked to the introduction of fees and gates designed to slow redemption activity. Finally, the Rule also places limits on portfolio duration and final maturities, and extensive rules around shareholder reporting and transparency.

The current rules came into effect largely as a result of the GFC and the Lehman Brothers bankruptcy, which caused the Reserve Primary MMF to “break the buck,” or, in other words, fail to provide same-day liquidity at the $1.00 NAV due to price impairment. At the time, the US federal government took extensive action to support the MMF industry and to ensure that short-term funding markets continued to function.

Spurred on by the perceived weaknesses of Rule 2a-7 at the time, the SEC engaged in an extensive consultation and review process introducing changes in 2010 and 2014 with the aim of strengthening Rule 2a-7. This led to the implementation of far-reaching reforms in October 2016 that saw the US MMF industry transform as investors moved away from the new “complexity” of FNAV/fee and gate MMFs, and toward “simpler” CNAV government MMFs.

Since October 2016 institutional and retail prime MMFs have steadily grown as investors had become more comfortable with their framework and their yields, which were generally competitive to government MMFs.

However, in March 2020 as the new Covid crisis took hold, institutional investors fled FNAV prime MMFs to “safer” CNAV government MMFs. A number of institutional prime MMFs experienced significant redemptions, taking their weekly liquidity levels toward the 30% “trigger,” in turn causing investors to redeem as they worried about the introduction of fees and gates. Some investors started to think of the 30% weekly liquid asset (WLA) trigger as a new “bright-line” for investors, replacing “breaking the buck” as a significant idiosyncratic risk of investing in prime MMFs.

Using the GFC “playbook,” the Fed took swift and aggressive action to support the prime and tax-exempt MMF sectors among others, including introducing the Money Market Liquidity Facility (MMLF) and the Commercial Paper Funding Facility (CPFF).

Exhibit 1 illustrates the impact of the March 2020 crisis on prime and tax-exempt MMF balances, and their subsequent recovery as the Fed supported the MMF sector.

The PWG report outlines 10 options intended to strengthen the prime MMF construct, including removing the link between weekly liquid assets and fees/gates, reforming conditions for introducing redemption gates, introducing capital buffers protecting against losses, using swing pricing to transfer the costs of redemption activity to redeeming shareholders and requiring fund sponsors to become members of a “Liquidity Exchange Bank.” A number of the PWG options were considered in depth prior to the introduction of the October 2016 reforms.

For a second time, the Fed needed to support the prime MMF industry during a time of market crisis. And once again, the SEC has begun an extensive consultation process requesting comments from the public on the PWG report, before potentially implementing a new round of regulatory amendments.

A challenge for the prime and tax-exempt MMF sectors is how regulation can be strengthened without the products becoming unattractive to investors, unprofitable for sponsors, or logistically impractical for intermediaries and distributors.

We believe prime and tax-exempt MMFs play an important intermediating role in bringing together borrowers and lenders in the short-term funding markets and we support their continued existence within Rule 2a-7. Reducing or eliminating the sector through regulation may have the unintended consequence of removing transparency from short-term funding markets, and reducing the investment choices available to investors for their liquidity.