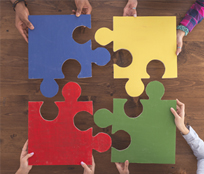 On March 18, we mapped out our expectations for the Reserve Bank of Australia’s (RBA) announcement that was to occur the following day. We were of the belief that the RBA was “ready to walk the talk” and we (along with the markets) were not left wanting. A blockbuster four-part package was announced with the key aim of easing funding costs and ensuring the continued provision of credit. The four components are as follows:

The cash rate cut was widely expected and brings the RBA in line with most other developed market central banks at the effective lower bound of conventional monetary policy. Of note, and consistent with previous statements, RBA Governor Philip Lowe communicated that the cash rate is likely to remain at this level for an “extended period” in order to bring inflation up to the 2%-3% range on a sustained basis. Governor Lowe acknowledged that the coronavirus/COVID-19 had halted progress towards this goal, albeit with the expectation that achieving the objective was going to take some time regardless.

2. A Yield Target of Approximately 0.25% on the 3-Year Government Bond and a Bond Purchase Programme

Governor Lowe was sure to draw a distinction between this programme and other QE programmes, namely that the RBA is not held to a quantity or maximum balance sheet size. Essentially a more technical way of delivering former European Central Bank President Mario Draghi’s now-famous “whatever it takes” quote. Controlling the yield of the 3-year government bond will provide cheaper funding for households and businesses by extending the risk-free rate further out the curve. The RBA will achieve this via regular auctions, starting today (March 20), and through purchases of bonds across the yield curve in the secondary market including semi-government securities. The latter action is expected to bring much-needed additional liquidity into what was a dysfunctional bond market.

3. A $90 Billion Funding Facility to Ensure the Provision of Credit to Businesses, in Particular Small and Medium-Sized Enterprises (SMEs)

Governor Lowe acknowledged that the next few months are going to present extraordinary challenges to SMEs as demand throughout the economy retreats. The additional risk here is that the road to recovery will be even more challenging should the SME segment meaningfully shrink as a result of COVID-19. This component of the package provides the most direct link to SMEs through the creation of an “at least” $90 billion facility for lenders to extend credit to businesses. The scheme also incentivises lenders to grow their SME lending book by allowing them to borrow additional funds from the RBA if lenders increase their lending to businesses and SMEs.

4. An Adjustment to the Interest Rate on Overnight Exchange Settlement Balances

Finally, the RBA announced that it would be adjusting its corridor system on Exchange Settlement balances. Specifically, banks will now earn 10 bps on overnight balances with the RBA, as opposed to 0% (cash rate less 25 bps). The top of the corridor will remain the same. This component of the package has been announced given the expectation that the flood of liquidity from the aforementioned components will dramatically increase the balances held with the RBA. Applying a 0% interest rate would increase the costs on the banking system at precisely the wrong time.

In our view, the RBA has effectively targeted the key stress points in the market and, when combined with the government’s $15 billion program to support non-bank lenders, should have a material impact on the economy and markets. By not employing a quantitative approach (a specific amount of purchasing over a specific period), the RBA has significant flexibility in its program and negated potential market concerns that it does not have enough firepower. Funding facility measures when combined with a supportive and well-capitalised banking sector should go a long way to support many segments of the economy that will feel the impact of the containment efforts most acutely. It is critical to emphasise the significant coordination across the RBA, Treasury, regulators and banking system. While the Australian economy may require additional measures in the coming months, this is a large “coordinated step” in the right direction.