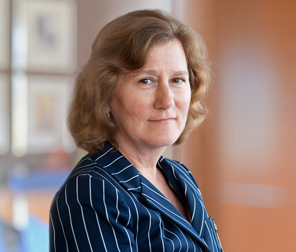 In a surprising and possibly precedent-setting decision in January, a ruling was made that Puerto Rico did not have to pay the special revenue bonds issued by its Highways and Transportation Authority. Judge Laura Swain, who is overseeing Puerto Rico’s Title III restructuring proceedings, decided that Puerto Rico could divert the Authority’s revenue for its own purposes. That decision subjected the Highway Authority’s tolls, motor fuels taxes and the like to the automatic stay provisions that halt creditor collections during bankruptcies. Previously, bonds secured by “special revenues” like the Authority’s had always been exempt from stays because of a provision of Chapter 9, known as section 928(a), which governs municipal bankruptcies.

The decision was quickly appealed, but the First Circuit Court recently agreed with Judge Swain’s ruling.

While there are many avenues to appeal these two controversial rulings, and participants fully expect appeals to move forward, the decisions leave the market in an uncomfortable limbo as investors seek further clarity on the status of this section of Chapter 9.

Analysts are sorting out the practical ramifications for the market. Will the courts ultimately uphold the intended protections that special revenue-backed bonds enjoy during municipal bankruptcy proceedings? If not, what will the ratings and pricing impacts on the bonds be? Will issuers ultimately pay more to finance capital plans?

There has already been ratings fallout—last week Fitch put seven special revenue ratings on negative watch because their ratings were much higher than those of their related governments, a distinction that would lose merit should the special revenue protections fall.

Recovery assumptions may also be too low if special revenue bonds become vulnerable to cram down strategies by debtors—something common with general obligation bonds.

It will likely take some time until the challenge to special revenue debt is resolved as bond insurer Assured Guaranty may take the case all the way to the Supreme Court. Yet it is a crucial case for the market to follow. Revenue bonds are not all secured by streams that could be characterized as “special,” but they comprise fully two-thirds of the $3.8 trillion in outstanding municipal bonds, and billions of dollars in exposure for the bond insurance companies that secured the debt.

Some investors may be troubled by this ruling which may affect the ratings for some special revenue bonds, but it is also all the more reason to have professionals conduct credit surveillance on municipal bonds. When applied to the broader market, the ruling has the potential to reduce liquidity for stressed credits within economically challenged regions, but the ruling should not impact liquidity for well managed essential service revenue bonds.