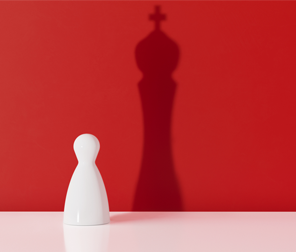 Paradox: [n.] a person, situation or thing that seems to have contradictory or inconsistent qualities (Collins Dictionary)

With a technical recession in Germany potentially looming—given weakness in manufacturing and the vulnerability of its export-based model to weak global trade—growth in Poland by contrast has seen limited impact.

Whether the current deviation is structural or inherently cyclical, evidence points to this outperformance being persistent as it is driven by a combination of accommodative fiscal policy in Poland and unfavourable external conditions in Germany.

Wages in Poland are booming and consumer confidence is at all-time highs. EU funds are contributing to infrastructure investment and despite a sizable fiscal stimulus, public finances remain strong due to a consistent track record of budget under-execution combined with upside revenue surprises, stemming partly from improvements in tax collection (Exhibit 2).

Poland’s ruling Law and Justice Party (PiS) has seen a boost in its popularity on the back of increased fiscal spending, as evidenced by its recent success in the May 2019 European parliamentary elections. This surge in public opinion is timely for PiS ahead of a crowded electoral calendar with national as well as presidential elections in the coming months.

The Polish paradox lies in the stark disconnect between a robust economy and the performance of the local bond market. Contrary to ongoing macro strength, the impact of global growth concerns and the ongoing search for yield entirely outweighs domestic dynamics. Consequently, local Polish government bonds yields have mirrored (and outperformed) German bunds despite opposing growth dynamics. (Exhibit 3).

At Western Asset, we have been investing in local Poland government bonds as an attractive alternative to negative-yielding core eurozone bonds given their still-compelling relative valuations (Exhibit 3).

We believe that it is highly unlikely that Polish monetary policy will tighten while the ECB embarks on yet another round of easing. Furthermore, although incrementally picking up, inflation remains under control allowing Poland’s central bank to maintain an unequivocally dovish rhetoric, recently alluding to further monetary support should growth prospects deteriorate. In contrast with its “emerging market” labelling, Poland has benefited from a “safe haven” status, and continues to perform as such during periods of volatility, acting as a risk-off “hedge” in diversified fixed-income portfolios. As more investment-grade debt yields become negative, Polish bonds will stay in the focus of investors.

Will the market converge toward the macro reality or is it a leading indicator of what lies ahead? Western Asset’s view is that, barring significant idiosyncratic developments, external forces will continue to drive valuations. On one hand a positive shock to European growth via, for instance, a larger fiscal stimulus would likely trigger a sell-off in core European rates and impact Poland government bond prices negatively. Conversely, a continued period of protracted weak growth in the eurozone, particularly in Germany, makes it more likely than not that Polish bond yields stay lower for longer.