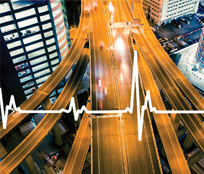 The elevated municipal fund inflows and coupon/principal reinvestment offset an elevated supply calendar. The muni market recorded $11.3 billion of new-issue volume last week, up 10% from the prior week. YTD issuance of $173 billion is 17% above last year’s pace, primarily driven by taxable supply, which is over 3x that of last year’s levels while tax-exempt supply remains below last year’s levels. We anticipate an approximate $12 billion calendar next week, led by $1.9 billion from the New York State Urban Development Commission and $794 million in taxable Texas Transportation Commission transactions.

In May, state and local payrolls declined 662,000 to 18.6 million, down 3.6% month-over-month. Considering payroll declines in March and April, states and local municipalities reduced employment by approximately 1.6 million individuals, which is approximately 7.9% below February highs, and steeper than prior recessions. Looking at the state-level detail as of April 30, Michigan, Vermont and Hawaii observed the largest payroll declines, consistent with the manufacturing and tourism strain in those economies.

While not great for growth (state and local spending accounts for approximately 14% of GDP), spending reductions and payroll cuts are what we have seen from states and locals to meet their obligations in the past, and what our base case calls for going forward. However, we remain cautious on local general obligations and downstream entities that could receive lower state funding due to budgetary stress.