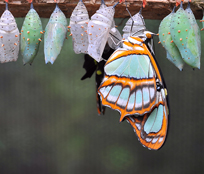 Until last year, it was widely accepted that the main replacement for US dollar LIBOR would be the Secured Overnight Financing Rate (SOFR), with different alternative rates replacing LIBOR in other currencies.

SOFR is an overnight rate based on US Treasury (UST) repo transactions. Eligible repo transactions include the tri-party general collateral rate collected by the Bank of New York Mellon, the General Collateral Financing (GFC) repo rate from the Depository Trust & Clearing Corporation (DTCC) and the bilateral Treasury repo transactions cleared at the Fixed Income Clearing Corporation (FICC). The Federal Reserve Bank of New York (FRBNY) pools the data from these three sources daily and after some minor editing, solves for the median transaction-weighted repo level, which in turn becomes the SOFR rate.

Since July 2020, the historic spread between overnight US dollar LIBOR and SOFR has been largely range-bound between -2 and +2 bps. However, this correlation broke down from January 2021 onward as SOFR fell quickly to a floor of zero in sympathy with the Fed’s accommodative monetary policy, while LIBOR only saw a modest drop, leaving the spread close to +7 bps. This new detachment between the rates has undoubtedly made the transition more difficult to swallow for some as it became clear the new rate is not simply a replacement of the old one without some modification.

Two other significant issues with using SOFR have persisted, namely that 1) it represents a secured lending rate, so it is less applicable to unsecured debt such as commercial paper (CP) and certificates of deposit (CDs), and 2) it is currently an overnight rate only, again less useful for term—or longer-dated—securities with a maturities greater than one day which CP and CDs normally are.

These issues have also been exacerbated by last spring’s “dash for cash” when the amount of liquidity in the US banking system increased dramatically. M1 money stock—broadly representing the amount of cash and demand deposits in the US—rose from $4.8 trillion at the end of 1Q20 to $19.0 trillion at the end of 1Q211 reflecting a spike in risk aversion in the wake of COVID-19. This increase has led to a sharper introspection about where a large portion of this cash is normally invested, namely money market instruments such as CP and CDs, and how they might be affected by the LIBOR transition.

In light of this backdrop, three main competitors to SOFR in the money market space have emerged: the American Interbank Offered Rate (AMERIBOR), the Bloomberg Short-Term Bank Yield Index (BSBY) and the ICE Bank Yield Index (BYI). All of these alternatives to LIBOR represent unsecured, term funding by banks and as such should be more palatable for participants in the money markets.

AMERIBOR is a new interest rate benchmark created by the American Financial Exchange (AFX), a self-regulated electronic exchange founded in 2015. Membership of AFX is currently made up of small, medium and regional banks which in total represent 25% of all banks in the US.2 AMERIBOR is touted as a completely transparent representation of the unsecured borrowing costs between these member banks, weighted by executed volume. AFX recently began publishing a 1-month, forward-term rate that incorporates interbank lending on its platform as well as information on bank CP issuance, both very useful for participants in the money markets. Since its inception, AMERIBOR has been highly correlated with LIBOR, but less so during periods of market stress which is to be expected considering the credit risk component.

Another strong contender as a LIBOR replacement is the Bloomberg Short-Term Bank Yield Index (BSBY),3 affectionately pronounced “biz-bee.” Similar to other competing rates, BSBY also reflects unsecured funding in the interbank market and will be published in a variety of tenors (overnight, 1 month, 3 months, 6 months and 12 months). BSBY is constructed using aggregated and anonymized data that is anchored in transactions of CP, CDs, US dollar bank deposits and short-term bank bond trades. BSBY will be published on a daily basis by the market data behemoth Bloomberg and so it will be readily available to the finance community without additional subscriptions or source connectivity. This ease of accessibility has meant the industry has been keen to see an initial issue of a BSBY-based money market instrument, a task fulfilled by Bank of America in April 2021. Although the issue was purchased by a large institutional buyer and not money market funds, more BSBY issues are expected to come to market this year and the rate itself is anticipated to become the new benchmark for Prime money market funds in the US.

As another potential replacement for US dollar LIBOR, the ICE Bank Yield Indices will reflect credit risk in the interbank market with term maturities ranging from one to six months.4 Although the indices are currently not formally published, back testing has been released by ICE to allow market participants to review the historical data. The rates are based on wholesale, senior, unsecured deposits with large banks, and are likely to come in two forms: primary market funding transactions and secondary market bond transactions. Although ICE is well known in the industry, particularly as they are the existing provider of LIBOR, their delay in bringing the rate formally to market will no doubt be a hindrance in light of other LIBOR alternatives already being used.

While not an exact replacement for LIBOR, AXI could potentially be a published spread curve that can be added to a secured rate curve such as a term SOFR—when it exists—to reflect the credit risk premium. Created jointly by Professor Darrell Duffie of Stanford University and Professors Antje Berndt and Yichao Zhu of Australian National University, AXI is a measure of the recent cost of wholesale unsecured debt funding for publicly listed US bank holding companies and their commercial banking subsidiaries5. The index is a weighted average of credit spreads for unsecured debt instruments with maturities ranging from overnight to five years, with weights that reflect both transaction volumes and issuance volumes. AXI is not currently published but the Alternative Reference Rates Committee (ARRC) is seeking feedback from the industry.

Our Approach to the LIBOR Transition

At Western Asset, we continue to believe that regulators, market makers, issuers and benchmark providers are in the best position to effect the market’s conversion to new reference rates. Still, our LIBOR Transition Working Group is actively engaged with counterparties and industry groups to understand and participate in market-wide efforts to address the transition. Specifically, our working group is focused on inventory, monitoring and establishing plans for:

Operationally, as a fixed-income asset manager, Western Asset is already accustomed to dealing with many different interest rate sources. As a result, the movement away from LIBOR does not pose a challenge to our key systems. We have essentially already completed our arrangements to support any new reference indices.