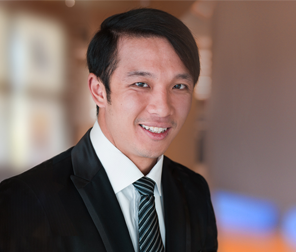 The secular re-rating of the Indonesian sovereign over the last two decades has been nothing short of spectacular. Last month, S&P lifted the country’s rating by one notch to BBB, bringing it on par—albeit belatedly—with Moody’s (Baa2 since April 2018) and Fitch (BBB since December 2017). Current ratings are at least seven notches higher than the lows of B3/CCC+/B- of the late-1990s. (Only Korea did better, having been upgraded 11 notches by S&P from B+ to AA.) To be sure, the journey has been an arduous one for Indonesia considering that the Indonesian rupiah (IDR) lost over 80% of its value from peak to trough at that time, and that the Indonesian economy shrank by a staggering 13% in 1998.

Since then, thanks to the adherence to strict and conventional policies, an internal built-in mechanism of economic resilience has taken shape. GDP growth averaged an impressive 5.1% per annum over the last 20 years. The budgetary shortfall now stands at 1.8% of GDP, below the constitutionally mandated cap of 3.0%. In response to the US Fed’s successive hikes totaling 100 bps in 2018, Bank Indonesia lifted its benchmark rate by a cumulative 175 bps to 6.0%. Consequently, policymakers are well placed to pursue counter-cyclical measures if needed. The accumulation of foreign reserves of almost $120 billion, equivalent to five months’ worth of imports, should provide a buffer to exogenous shocks.

Favorable structural factors underpin Indonesia’s longer-term growth potential. As the fourth most populous country, domestic demand plays a pivotal role. Indeed, Indonesia stands out as one of only two countries in Asia—the other being China—that did not experience a quarterly GDP contraction in the aftermath of the global financial crisis a decade ago. Supportive demographics will provide an additional boost, with the United Nations projecting the demographic dividend to last through 2030. The recent re-election of market-friendly President Joko Widodo (Jokowi) for another five-year term should help spur further investments in infrastructure and human capital.

Nevertheless, the risks of Indonesia reverting to sub-investment-grade do bear monitoring, as the Brazil experience attests to. One macro drag in Indonesia is its stubbornly sticky current account deficit at 3% of GDP, given weak export competitiveness as unit labor costs outpace manufacturing productivity gains. Institutional reforms, notably on labor laws, will be key to achieving Jokowi’s goal of achieving 7% growth per annum by attracting foreign direct investments. While its reliance on commodities has whittled down, these foreign investments still represent a considerable share of the economy. On domestic politics, last month’s post-election street riots underscore a still delicate socioeconomic fabric of Indonesian society. In the near-term, Jokowi’s key appointments in the finance, planning and economic affairs ministries will be keenly watched.

All factors considered, Western Asset views Indonesian debt as an attractive fundamental value play. In the hard currency space, the country’s sovereign and quasi-sovereign bonds offer the appeal of diversification within the global investment-grade universe. We also see value in local government securities, given 10-year yields at 7.6% versus the latest print of 3.1% year-over-year for core inflation.