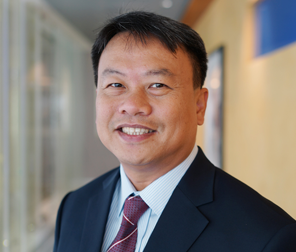 The Hong Kong economy is very externally oriented and open, with foreign trade in goods and services equivalent to around three times its GDP. Therefore, it is important for Hong Kong to maintain a stable exchange rate.

Since its launch on 17 October 1983, Hong Kong’s Linked Exchange Rate System has been functioning smoothly despite three significant volatile events that include the Hong Kong stock market crash of 1987, the Gulf War in 1990 and the Asian financial crisis of 1997-1998 (see Exhibit 1).

The HKMA’s strong-side Convertibility Undertaking (CU)—to buy USD from licensed banks at HKD7.75 to one USD—removes the uncertainty about the extent to which the HKD may strengthen. Conversely, under the HKMA’s weak-side CU at HKD7.85, the authority will sell USD from its FX reserves and buy HKD.

Under the Currency Board system, it is interest rates rather than the exchange rate adjusting to inflows or outflows of funds. The expansion or contraction of the Monetary Base causes interest rates for the domestic currency to fall or rise, respectively, creating the monetary conditions that automatically counteract the original capital movement, while the exchange rate remains stable. This process is very much an automatic mechanism (Exhibit 2).

Since the beginning of 2019, USD LIBOR has gradually declined following the Federal Reserve’s dovish pivot. However, HKD HIBOR has risen due to a number of specific events, such as expectations of mega equity IPOs (e.g., Alibaba) soaking up liquidity and competition for HKD deposits following the handing out of Digital Bank licenses. Further, a series of HKMA FX interventions (to cap the USD rise versus the HKD in the last two years due to large negative spread between HIBOR and LIBOR) have significantly reduced the Aggregate Balance to HKD 54 billion (this is the balance of the clearing accounts of banks kept by the HKMA). With a low level of Aggregate Balance, HKD short-term rates will be increasingly volatile and prone to liquidity squeezes. In the last few years, the HKMA has also increased the issuance of Exchange Fund Bills (EF) in efforts to mop up excess HKD liquidity and to satisfy investor demand.

The robust construct and mechanism underpinning HK’s Linked Exchange Rate System makes it likely that the HKD-USD peg should withstand crisis situations including the large scale protests that we are seeing in the Special Administrative Region in China. Ultra high net worth individuals are likely to have already accumulated significant foreign assets so the convertibility pressure for HKD into USD should not be as great. As a result, we focus more on foreign funds outflows from the HK Exchange. The steadfast nature of the HKD peg means that the adjustment should be for higher HK short-term interest rates. However, the large amounts of EF Bills outstanding provide an avenue for the authorities to soften HKD short-term rates by not rolling over maturities. We believe higher HKD short-term rates will have a dampening effect on corporate and mortgage loan demand. Our base case, however, remains that HK financial institutions are well capitalized and macro prudential measures pre-emptively instituted by the HKMA should shield banks from a severe correction in the HK property market.