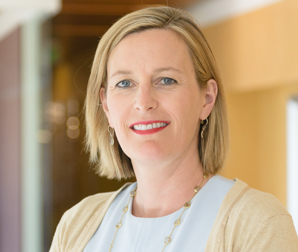 The Global Hunt for Carry

The transmission of negative yields to euro corporate markets has already been dramatic; 20% of the new issuance in August had 0% fixed coupons. Negative yields are now a feature of 45% of the euro corporate index names, with higher quality issuers negatively yielding, out as far as 10 years. Rather than spreads widening to deliver a commensurate or higher yield for corporate credit, spreads have in fact tightened. Why has this happened?

In a yield-starved world, investors must decide whether to stay within the asset class and either extend duration or reduce credit quality to increase yield, or to move out of liquid fixed-income into other asset classes. Another option is to look overseas for yield.

What is the trigger for this yield-seeking? When fixed-income becomes “fixed-cost” it appears investors react. We don’t have many past case studies here, but we can look at the example of Japan where yields turned negative at the start of 2016. The Japanese example is somewhat unique as the Japanese corporate bond market is relatively small in size—only 2% the size of the overall government bond market—leaving overseas markets as the only viable source of positive yield with liquidity. Japanese investors started to move money overseas meaningfully at the end of 2015, in response to Japanese Government Bond (JGB) yields falling to zero and then into negative yield territory. The 10-year JGB yield, for example, fell 80 bps between June 2015 and June 2016. Most of these flows overseas initially went into government bonds; however, cumulative inflows into nongovernment bonds have been increasing steadily ever since. In fact, since 2014 there has been ¥9.5 trillion (approximately US$88 billion) that has flowed overseas into nongovernment bonds. More recently, the pace of nongovernment bond investments has been increasing more dramatically, with June 2019 the highest monthly flow recorded.

Buying overseas bonds becomes risky if they are bought without a currency hedge. Currency volatility could swamp the pick-up in yield available. So most investors will buy overseas bonds with the currency hedged, typically using 1- to 3- month forwards. The consideration then becomes the currency-hedged yield, which can significantly alter the value proposition. Looked at this way, positively yielding USD-denominated corporate bonds are in fact relatively uninteresting currently for a European- or Japanese-based credit investor.

For Japanese investors, though, given the lack of credit product available in the Japanese yen, the US does provide a much larger pool of corporate assets and the best liquidity of all credit markets. As a result, unless the currency-hedged yields look meaningfully less attractive, allocations to overseas credit may remain relatively stable.

Inflows into investment-grade corporate bonds have been positive, in both USD- and EUR-denominated corporates, from domestic and overseas investors. This has provided a very positive technical driving force in US credit, given net issuance is 7% lower year to date. Europe has benefitted from its own positive technicals with the expectation of the re-start of quantitative easing, which has now been announced. However, one of the side effects of lower yields in Europe has been a wash of issuance from corporates, and in particular from US-domiciled corporates, which may have some operations in Europe and so are issuing at the very low yields, intending not to hedge back their borrowings into US dollars. US-domiciled corporate issuance in euros so far this year has been €96 billion, accounting for more than a quarter of the total corporate issuance.

Our contention is that increasingly negative government bond yields are driving this “reach for yield”, with both domestic and overseas investment-grade corporate bonds the main flow recipients, given the depth and liquidity of the market and regulatory restrictions involving credit quality, particularly for insurance companies.

Negative rates are supportive for issuers looking to refinance debt or raise new funding. This may be particularly important for high-yield corporate bond issuers. For investment-grade issuers, low rates may spur M&A activity and share buybacks to the detriment of bondholders. Of course, negative yields aren’t there in isolation they generally reflect economic weakness and depending on the magnitude of that weakness there may be a deterioration in credit quality which all else equal ought to be reflected in wider spreads.

The Impact of Negative Interest Rates on the Banking Sector

Banks and insurance companies face another challenge from low rates, via pressure on net interest margins. From looking at the example of Switzerland’s domestically focused banks, and recent quarters’ earnings from banks across Europe, we can see that there has been a profitability impact from lower/negative rates, in the single-digit range. In many of these cases, though, we see that banks have mitigated impacts through, for example, reducing costs or strengthening other sources of income, leaving their earnings potential intact. As our analysis below suggests, we expect the same impact going forward.

Given the considerable increase in capital we have seen over the past several years we think this is not a credit issue for the fundamentally strong and diversified banks. Instead, we consider the impact of low and negative interest rates to be much more of an equity story with a much smaller impact on the credit story. This is evidenced in much weaker bank share prices over the course of the past year or so and a decoupling in their performance when compared with bond spreads. The following chart shows that as banks stocks reach their lows there is increasingly less reaction from subordinated bank spreads.

While credit fundamentals remain the dominant determinant of corporate bond spreads, the demand for the corporate asset class is increasingly influenced by the range of currency hedged yields available in the global government and corporate markets.