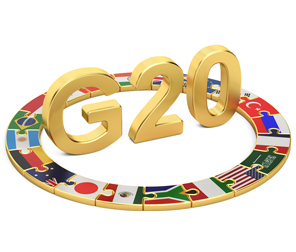 The outcome from this weekend’s G-20 summit was in line with market expectations and the base case we outlined in our recent paper, Trade Wars in the 21st Century: More Perspectives From the Frontline. In that report, we noted that the US and China had mostly been engaged in posturing over the past year: hitting at non-vital trade areas and leaving the more strategic trade interdependencies unharmed. There was certainly the risk that either or both countries might seriously “up the ante,” but we believed that they would ultimately reach a ceasefire given the potentially wide-ranging consequences of initiating a full-blown trade war.

For now, the US has stated that trade talks are “back on track”; it will suspend the 25% tariffs on the remaining $300 billion of imports from China and it agreed to lift US supplier restrictions on Huawei (a focal point in the negotiations). In turn, China agreed to purchase US goods (with an emphasis on agriculture) to address the trade imbalance. While this development is positive on the surface—a resumption of trade talks improves the odds of a longer-term “deal” between both countries—caution is nonetheless warranted given the lack of any concrete details from the trade discussions, continued sticking points relating to intellectual property protection and forced technology transfers, and the risk of the Trump Administration unexpectedly shifting its position and issuing a new tariff threat at a moment’s notice.

This welcome reprieve from the G-20 summit should provide a tailwind to risk assets as we enter the second half of the year. We expect the combined weight of sturdy global growth, low inflation, accommodative central banks and low interest rates to continue extending the life of the current credit cycle, which bodes well for corporate credit and emerging market (EM) debt. That stated, the Trump Administration will likely continue to evaluate the costs and benefits of various trade measures on China and other trading partners, such as Europe (with an eye toward not engendering a US economic recession or market panic before the 2020 presidential election). Any negative headlines on this front could fuel a spike in broad market volatility, pushing the US dollar higher (which would roil EM countries) and materially widening credit spreads. Spreads across investment grade (IG) and high-yield (HY) credit markets have indeed seesawed over the past 12 months on the back of a number of market concerns (e.g., trade tensions, Brexit, Italy and Iran).

However, it is important to remind investors of a bigger-picture dynamic that has come back into play: yield starvation. As Western Asset CIO Ken Leech noted in his 2Q19 Market Commentary, the stock of negative-yielding debt globally now stands at a record high of $13 trillion, interest rates of 2%+ in the US are high by comparison and yield spreads across credit markets are also the most generous. We believe these data points along with the Fed’s explicit commitment to “act as appropriate to sustain the [US] expansion” support the case for having a healthy allocation to corporate credit.

Our focus in broad market and dedicated credit portfolios remains on those subsectors within the IG and HY markets that we believe offer the best relative value and, more importantly, exhibit a lower sensitivity to tariffs: financials (with an emphasis on the strongest US and European banks across the capital structure), energy (mainly US oil-directed E&P as well as pipeline and midstream credits) and basic industries, specifically metals and mining (e.g., copper-related credits). We also maintain an allocation to long US Treasuries as we believe it remains the best diversifying hedge in a period of continued uncertainty.