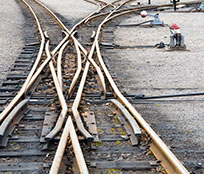 Elevated market volatility and a sharp rise in European bond yields this year have created dislocations across various asset classes. We see one such dislocation in European swap spreads. This blog details a number of factors that have conspired to drive swap spreads wider, and the reasons why we feel at this point they offer an attractive investment opportunity.

What Is a Swap Spread?

Swap spreads have widened notably since the middle of 2021 as shown in Exhibit 1.

Year-end typically sees increased demand for high-quality liquid assets (HQLA) from certain investors. Uncertainty ahead of the European Central Bank (ECB) meeting in December exacerbated this last year as repurchase agreements bridging the end of the year were rolled earlier than usual, further increasing demand for HQLA to be pledged as collateral. This increased demand coincided with a period when government issuance slows, resulting in large net-negative supply.

The end of 2021 also saw the early stages of the hawkish shift from central banks, including the ECB, as inflation proved to be higher and more persistent than they or the market had expected. Meanwhile, economic growth prospects were boosted by successful vaccination rollouts and the COVID-19 omicron variant causing much milder illness, allowing social restrictions to be eased. As a result, many investors sought to reduce duration in anticipation of higher interest rates, with much of the selling taking place via interest-rate swaps, contributing to wider swap spreads.

As part of the ECB’s hawkish shift mentioned earlier, the central bank signalled the phased end of net purchases under its Pandemic Emergency Purchase Programme (PEPP) as well is its Asset Purchase Programme (APP). This led to wider European government bond spreads, an anticipation of declining excess liquidity and induced market volatility. Each of these acted to push swap spreads wider.

Following an initial narrowing seen in January 2022 as the year-end technical factors exacerbating the richness of HQLA eased, swap spreads resumed their widening trend as the ECB brought forward the end of net asset purchases, ended negative interest-rate policy far earlier than had been expected and signalled a roll-off of liquidity programmes.

The end of ECB net asset purchases is very well known at this point and reflected in valuations. The reduction in excess liquidity is similarly anticipated.

After the summer lull, issuance of German government bonds will increase, easing scarcity and associated richness. This is especially true as the government has announced a number of fiscal support packages to address higher household energy bills, requiring additional borrowing. In addition, the ECB is reinvesting under PEPP flexibly in a way that redirects its holdings away from core government bonds towards those of the periphery.

If, as we believe, bond volatility will decline going forward, then this should allow swap spreads to narrow.

Finally, we highlight the recent deviation between the OE invoice swap spread and the spread between the yields of 5-year French and German government bonds (Exhibit 2). There is a strong historical correlation between the two, but recently the swap spread has widened by a much greater degree. We view this dislocation as one that should reverse as market participants view EUR interest-rate swaps as cheap, helping to narrow swap spreads from their current level.