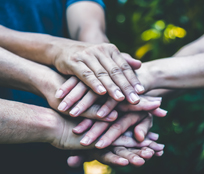 Europe—Fiscal Solidarity (Still) Lies in the Eyes of the Beholder

We think that last week’s economic response package in Europe does not quite go far enough to count as “true” fiscal solidarity, but a limited, jointly financed Recovery Fund can go a long way to overcome the standard criticism of “just another European fudge” while harnessing country-level efforts to provide a broader public good in the form of a European recovery.

Last week’s meetings of European finance ministers were timely, to say the least. As the COVID-19 pandemic spread across the continent, the national policy responses have been uneven, both in terms of timing, but also in terms of budgetary resources committed—ranging from very little in some countries to more than 20% of GDP elsewhere. This partly reflects the (perceived) severity of the crisis but also shows the unevenly distributed fiscal space available in different counties as debt-to-GDP ratios in the larger economies range from about 60% in Germany to 135% in Italy.

Yet, at the same time, the impact in terms of death toll has been much harder on countries like Italy and Spain. Their respective healthcare systems have been put under severe stress and their economies have slumped into deep recessions, likely worse than those experienced in 2008/2009. With less fiscal space at the national level, these countries have led a renewed push for their vision of solidarity—a further liability mutualisation via joint borrowing at the European level, dubbed “Corona bonds”. These countries have been supported by several other member states, including—importantly—France. On the other side of the debate, the EU’s “frugal four” (Austria, Denmark, the Netherlands and Sweden), supported by Germany, have been historically lukewarm about expansionary fiscal policies in general. In fact, these countries have opposed some of the policies quite vehemently, including joint debt issuance. Instead, they perceive existing instruments such as the European Stability Mechanism (ESM) and the associated access to preferential lending as a sufficient display of solidarity, in combination with other measures. In many ways, this is an old discussion; during the European sovereign crisis in 2011/2012, similar suggestions to “Corona bonds” had been floated by some but were opposed by others for fear of open-ended financial commitments.

This inevitably meant that the task at last week’s first conference call of the enlarged Eurogroup finance ministers and the subsequent overtime wrap-up was evidently a tricky one: how to bridge opposing views of solidarity? Can European solidarity only be guaranteed via joint debt issuance or are there other ways to provide adequate support to countries that require more government borrowing but are constrained by their lack of fiscal space? Can solidarity be a loan or does it have to be a grant? The noise level in the press had increased dramatically over the previous few weeks, with recriminations flying back and forth between “the North” (i.e., the frugal four) and “the South” (i.e., Italy and Spain).

Against that backdrop, the outcome warrants some attention. The measures that were agreed upon, subject to sign-off by the heads of state where needed, include:

The overall sum of measures (€540 billion, or a bit more than 4% of eurozone GDP, not taking into account the Recovery Fund) certainly makes for an impressive headline but the devil is, as usual, in the detail. First, access to SURE and the ESM facility appears to be designed as transitory, and might not come on more attractive terms than market borrowing as long as this is feasible; in fact, to the contrary, given where front-end sovereign curves are currently trading. In other words, the effective resource envelope in use could collapse to something much smaller than €340 billion for those SURE and the ESM. Second, EIB lending is demand driven, and the scaling-up process could take a good amount of time. Finally, while the Recovery Fund (still) has some potential to develop into a true solidarity instrument based on joint borrowing for a joint cause, statements by some of the ministers involved have already sown doubts even before we know any further details.

Forging a joint borrowing capacity with meaningful open-ended commitments by national member states requires overcoming constitutional hurdles—as well as societal opposition—in some member states, and continues to be a bridge too far to cross, even at the current stage. That said, dealing with the fallout from COVID-19 and the ensuing recovery effort is clearly a well-defined public good with massive spillover effects across economies in an integrated area such as the EU and especially the eurozone. Moreover, it is not clear a priori whether export-oriented economies will fare better or worse in this recovery as the world moves toward more robust supply chains—in other words, “winners” and “losers” within the eurozone have yet to be defined.

For those reasons, we think a more convincing public case can and should be made that, in the face of the current crisis, joint financing of at least a limited common recovery effort, such as the one under consideration, should be perceived as true reciprocal solidarity in everybody’s eyes and not just a one-directional transfer scheme as some seem to believe.