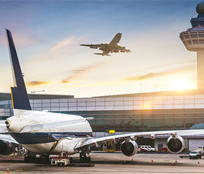 Thanks to effective Covid vaccines and the lifting of travel restrictions, consumers are rapidly returning to pre-pandemic behaviors, such as flying—for both leisure and business. The trend is being accelerated by consumers’ elevated savings rates and the spending shift away from goods in favor of more services. Passenger traffic at US airports has recovered to 90% of 2019 traffic levels as of May 1, 2022, according to the US Travel Security Administration. From an investment perspective, Western Asset has been selectively overweight US airlines since the Covid crisis began.

Recently, the US legacy airlines—American, Delta and United—reported strong 1Q22 financial results and raised guidance for the remainder of 2022 as demand for air travel is recovering much faster than previously anticipated. Elevated demand is also providing the airlines with decent pricing power as evidenced by the fact that domestic leisure and short-haul international revenues have recovered to more than 100% of 2019 levels. In addition, the airlines reported that business travel in March 2022 has recovered to more than 70% of March 2019 levels thanks to the reopening of offices and fewer travel restrictions. The airlines have additional revenue runway due to the gradual recovery in international travel, which so far has only attained less than 50% of 2019 levels.

However, the airline industry faces two major headwinds: elevated fuel costs and a pilot shortage. With regard to fuel, the US legacy airlines do not hedge their fuel costs, but pass along the higher cost in the form of higher fares on a somewhat lagged basis. The pilot shortage problem is not new, but has been exacerbated by the thousands of pilots who were either laid off or decided to retire during Covid. The airlines are not able to fully reinstate their route network due to their inability to find enough qualified crews, which has forced them to scale back their plans to return to pre-pandemic flight schedules. United’s CEO, Scott Kirby, aptly described the situation regarding his airline’s first quarter earnings as follows: “The pilot shortage for the industry is real. Most airlines are simply not going to be able to realize their capacity plans because there simply aren’t enough pilots, at least not for the next five-plus years.”

Demand for pilots will remain elevated for years due to the multi-year delivery schedule for new aircraft, such as new longer-distance, narrow-body aircraft that will require additional pilots. According to federal labor statistics, the airline industry will need to hire an average of 14,500 new pilots every year until 2030. There are two key paths to gain the training and licenses necessary to become a commercial airline pilot: civilian flight school or the military. The process for a civilian to become a commercial airline pilot is both costly and time consuming, including at least two years of training as well as 1,500 hours of flight experience. Hence, some of the airlines have invested in their own flight training schools in order to create a dedicated pipeline of future pilots.

Our decision to remain selectively overweight the US airlines is driven by a material improvement in credit fundamentals thanks to the rapid recovery in demand for air travel, as well as attractive valuations on both an absolute and relative basis. Furthermore, the airlines continue to maintain significant cash balances, including more than $41 billion of combined cash at American, Delta and United, as of March 31, 2022. Finally, the management teams of all three US legacy carriers are firmly committed to using a portion of the excess cash plus free cash flow to de-lever their balance sheets instead of returning excess cash to shareholders in the form of share repurchases or dividends.