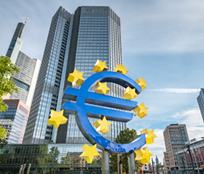 Regarding the key topics the market has recently fixated on, however, the ECB did not budge: both the size and eligibility criteria for the various asset purchase programs remain unchanged for now. According to ECB President Christine Lagarde, those program changes were not explicitly discussed by the Governing Council. That said, she mentioned very explicitly, including in the post-meeting statement, that the Pandemic Emergency Purchase Program (PEPP) can be increased, extended beyond 2020 and its composition can be adjusted.

The last part of this message can be understood to indicate either that the ECB could ignore the capital key which guides the proportionality of purchases across jurisdictions and serves currently as the fundamental ex-post constraint for the PEPP, or that the ECB will consider the addition of more eligible assets below investment-grade (Greece is already eligible for purchases under the PEPP). We tend to think that the latter interpretation is probably closer to the truth. This was supported by Lagarde’s elaborations in the virtual press conference. Either way, we very much welcome the publication of more granular data for the PEPP activities, which would be more in line with the other asset purchase programs.

We were somewhat surprised by Lagarde apparently shutting the door to buying assets under the ECB’s Outright Monetary Transactions (OMT) programme after a country borrows from the European Stability Mechanism (ESM) and thereby becomes eligible in principle. She stressed that the instrument was conceived in 2012 under different circumstances, that there was no automaticity in the first place and that the PEPP was the appropriate instrument for the current situation (i.e., a symmetric shock). While COVID-19 is indeed a symmetric shock, we think that the impact is not, and some countries are harder hit than others. As such, we view the statement today as a push back to what has been discussed within the Eurogroup and the European Council: borrowing from the highly rated ESM is just that—cheap financing—but not another way to have the ECB pick up the tab.

Given how explicit the ECB was in terms of flexibility around the PEPP, we expect the ECB to expand that program at a subsequent meeting, potentially as early as June. The ECB could also possibly broaden the pool of eligible assets by introducing a “fallen angel provision” similar to the one set up recently for collateral eligibility. With asset purchases geared toward Italy currently and for the foreseeable future, an extension of the program is, at some point, the only way to continue purchases of Italian bonds while still respecting the capital key ex post. Put differently, the rest of Europe will be freeriding at a later stage given the ECB’s current focus on Italy, but for now we are comfortable holding Italian bonds.