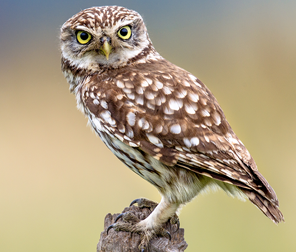 Notwithstanding a few wobbles, Christine Lagarde managed to navigate her first press conference as ECB President largely unscathed. On the policy front, there were no material changes in the policy decision language (other than acknowledging the restart of the asset purchase program) and continuity is the name of the game for now. In this sense, Lagarde came across as a reincarnation of her predecessor, stressing the need for a highly accommodative monetary policy stance and the fact that all policy measures are “intended to work together”, consistent with recent speeches by the ECB chief economist Phillip Lane. Indeed, even when probed repeatedly in the press conference, she did not want to pick her favorite policy measure. Interestingly, in several spots the language changed from “sustained” to “robust” when describing the required convergence of actual inflation to the aim.

On the data front, Lagarde was able to deliver a positive message: while she perceives the longer-term growth outlook as still unsatisfactory, she pointed out that European data had turned a bit less negative. She also stressed that downside risks have receded somewhat and that uncertainty should resolve further, referring especially to the UK elections and Brexit. The forecasting round led to only marginal adjustments for growth and inflation projections. Lagarde stressed that while the 2022 HICP forecast of 1.6% is still well below the target, it masks a 4Q22 projection of 1.7%—an upward trend that she welcomed but did not judge satisfactory.

In terms of communication, she was quite proactive. Before engaging in the Q&A section of the press conference, she stressed that she does not want to be compared to Mario Draghi (yet some comparison is unavoidable). She also explicitly set out what she wanted to say about the forthcoming policy review, which she dubbed “long overdue.” She expects it to take much of 2020, but no longer than that. In an important break with the past, Lagarde clearly intended to demonstrate her inclusiveness on topics such as climate change, but also with respect to input from the Governing Council, including for the remit of the policy review. To us, this was potentially the biggest—albeit not completely unexpected—change from her predecessor. National central bank governors will have liked what they heard.

Neither Dove Nor Hawk

There is a certain symmetry to G2 central banking these days, as evidenced in yesterday’s FOMC statement and the write-up of my colleague John Bellows. Big picture, there are hurdles to changing policy rates in both directions, but the hurdle to cut is much lower than the hurdle to hike while inflation is (too) low. Similar to the Federal Reserve, the ECB is also tackling an (overdue) review of its monetary policy strategy, lagging the Fed by roughly a year. If the European economy has really turned the corner, Lagarde will have enough time to gather the results of the review and implement (marginal) changes to the policy strategy and possibly introduce more explicit symmetry around the target. If the data improvement is a head-fake, however, she will quickly be confronted with the task of jumping over that (low) hurdle and ease the policy stance. To quote the new ECB president: “I’m neither a dove nor a hawk. My ambition is to be this owl, that’s often associated with a little bit of wisdom.”