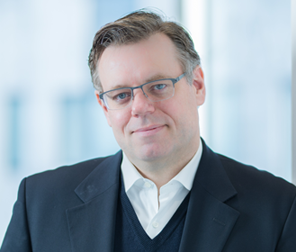 ECB Easing: Is It Groundhog Day?

“Looking ahead, the Governing Council is determined to act in case of adverse contingencies…”
–Mario Draghi, June 6, 2019

“In the absence of improvement…additional stimulus will be required.”
–Mario Draghi, June 18, 2019

In less than two weeks, ECB President Mario Draghi has shifted the policy baseline from “more accommodation if necessary” to “more accommodation coming unless the outlook improves.” This is a material shift in tone. The key question is what triggered this shift, which, in turn, should determine what will happen next.

As central banks globally have hit the effective lower bound on conventional interest rates, they have become increasingly concerned about the impact of negative rates on the banking system. One response has been an explicit “tiering” of commercial banks’ deposits at the central bank. This is de facto already in place in the eurozone, but if rates move further into negative territory, it is likely to require additional tweaks, possibly along the lines implemented by the Swiss National Bank.

All tools at the ECB’s disposal are targeted at specific contingencies. To help understand what’s likely to happen next, it is useful to look back to 2014 when Draghi announced the pairing of contingencies to policy responses. To the extent that the ECB is dealing with an unwelcome monetary tightening, rate cuts would be an appropriate response. An impaired transmission mechanism would require additional TLTROs. To deal with a sustained shock to medium-term inflation expectations, a small cut in rates would not be sufficient and the onus would rest on restarting the APP.

Forward guidance to keep interest rates at current levels has already been extended into mid-2020 in response to global uncertainties that the ECB expected to have abated by now. Similarly, existing TLTROs are being extended.

We believe the rapid drop in market-derived inflation expectations post the June 6 ECB meeting was a key trigger for Draghi’s swift change in stance. Viewed through that lens, a restart of the APP would ultimately be the right answer but requires addressing purchase limits, which will take some time. A small decrease in the deposit rate is certainly feasible, but would have to be accompanied by tweaks to the tiering system to open up room for further cuts while limiting banking sector fallout.

As a first step we believe forward guidance will be changed to foreshadow a lower rate path. Making forward guidance “state contingent” would require more clarity on tiering, so we don’t believe this is likely quite yet.

The greatest impact of Draghi’s speech in Sintra was to push the monetary accommodation door wide open again—although other ECB speakers since seemed a bit more guarded. Most of the decisions about how exactly to proceed will fall to his successor at the ECB helm, who is likely to find himself (or herself) in the same situation Draghi was in a few years ago—groundhog day indeed.