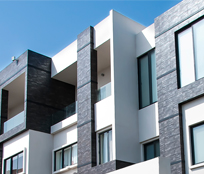 If you want to quicken the pulse of any mortgage investor, just mention May of 2013. QE3, the third round of the Federal Reserve’s (Fed) quantitative easing program, was in full swing and the Fed was on its way to purchasing over $800 billion of agency MBS. During a congressional testimony on May 22 then-Fed Chair Ben Bernanke mentioned that the Fed may begin to taper its bond purchases in the coming months. The market reaction to those comments, dubbed the “taper tantrum,” pushed 10-year US Treasury yields up 75 bps in just a few weeks and lower-coupon MBS swiftly lost 5% to 7% in total return.

Fast forward to the Covid-impacted world and the response from the Fed was to again ramp up quantitative easing support (QE4). For the past 13 months the Fed has purchased more than $1.8 trillion of agency MBS—nearly as much it had purchased during QE1 and QE3 combined.1

The first quarter of 2021 brought increased vaccine distribution and more fiscal stimulus from a Democratic administration; as a result markets naturally began pricing in an economic recovery and the inevitable end to QE4. Mortgages have struggled in this environment, and investors now have to ask themselves if we are seeing the beginning of a taper tantrum redux.

We don’t believe that MBS performance will worsen to match the experience of the 2013 taper tantrum. Our view is that the lessons learned by the Fed since the global financial crisis along with recent structural changes to the mortgage lending market will limit the risks to MBS. We go into deeper detail about our views in our new paper that describes the advantages of agency MBS.

In evaluating the future unwind of QE4 we need to keep in mind the original goals of the program. The purpose of QE is to ease financial conditions and support economic expansion. High interest rates and wide risk asset spreads are antithetical to these goals. During the 2013 taper tantrum financial conditions tightened meaningfully and the Fed reacted swiftly to loosen them back up, taking pains to communicate a commitment to accommodative policy.3 Markets then recovered, and when the Fed actually announced plans to reduce asset purchases in December 2013,4 financial conditions remained steady and mortgage spreads shrugged off the news and remained low.

We believe the lessons from the 2013 episode will heavily influence how the Fed communicates changes to its asset purchase program and the eventual unwind of QE4. To this end, Fed Chair Jerome Powell has emphasized that the Fed’s MBS holdings will continue to increase until further progress has been made toward satisfying its employment and inflation mandate. Powell has also been clear that the path of future asset purchases will be communicated well in advance. This rhetoric highlights a Fed that will strive to avoid a negative market reaction, and will be patient in withdrawing support, as the economy is a long way from the Fed’s employment and inflation goals.

Additionally, the share of buy-and-hold investors in the market is significant. The Fed currently owns approximately 30% of the agency MBS market and its footprint is expected to reach 35% by 4Q21, compared to 22% in 2013. US banks are another large holder of agency MBS, with a 34% market share as of year-end 2020 and increasing demand in 2021.

We also believe structural changes in mortgage lending markets will decrease the risk of duration extension if rates move higher. Over the past year, as mortgage rates hit record lows, lending capacity has been added, especially from tech-savvy non-bank originators. The increased use of technology has streamlined loan processing and further expanded capacity. Although mortgage rates are approximately 30 bps higher year to date, we expect originators to be more aggressive in refinancing borrowers with room to absorb some of the rate increases by tightening margins.

Impressive home price appreciation over the past 12 months should keep cash-out refinancing levels high. So-called “cash-out” loans are less sensitive to interest rates as the primary goal is to extract home equity. We forecast home prices to increase moderately in 2021, which will further support demand for cash-outs.

Going forward, with the economy fully reopening, we expect the Fed to announce a well-telegraphed reduction of purchases in 4Q21, with gradual reductions in net purchases starting in 2022, and reinvestment of paydowns continuing to support the market. We expect reduced volatility this year compared to 2013, as the buy-and-hold ownership structure of the market and increased origination capacity limit duration extension risk. On the other hand, a resurgence in Covid cases and a subsequent economic slowdown would still pose risks to spread sectors, including agency MBS. We would view such an event as a buying opportunity as we continue to believe that monetary and fiscal policies will remain a powerful backstop until the economy is back on its feet.

ENDNOTES
1. Fed purchases during QE2 were composed of US Treasury securities only.
2. January 5, 2021 was the date of the Georgia runoff election that gave Democrats the tie-breaking vote in the Senate.
3. Over the June and July 2013 FOMC policy meetings and Fed Chair Bernanke’s testimony before Congress in July 2013.
4. After the December 17-18 FOMC policy meeting.