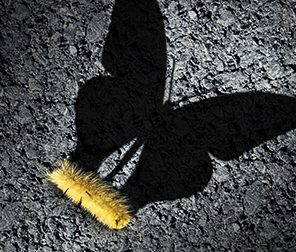 These are interesting times in bond markets. Around $15 trillion of government bonds worldwide now trade at negative yields and this number keeps growing. This is happening whilst sovereign debt-to-GDP ratios have been rising, especially in developed markets. It is hard to rationalize why yields would fall as the sustainability of sovereign debt and the ability to repay this debt become more of a question. Conventional wisdom would suggest that when an entity takes on more debt, due to the increased riskiness of that debt, yields should be higher. Empirically, the opposite has happened with sovereign debt in the US, Europe, UK and Japan (see accompanying charts). We've examined what is behind this state of affairs and suggest that as long as quantitative easing (QE) is part of the central banks' toolkit, in the absence of an upward surprise in inflation, we are likely to see low yields persist.

Sovereign debt has grown past levels where it is additive to growth. There is a level of debt-to-GDP beyond which additional debt is not productive enough to generate sufficient income to service this new debt. In their extensive study, "Growth in the Time of Debt," Reinhart and Rogoff suggest that this level is somewhere around 90%. We are way past those levels in the developed economies. At these higher levels of debt, economies lose dynamism and face falling productivity. Increasing debt beyond optimal levels takes away from future growth and productivity, leading to lower longer-term growth rates, inflation and yields.

Debt Is Pulling Forward Demand From the Future

Part of the problem with lower growth and productivity is the level of debt itself. Central banks' mantra to create nominal growth is to lower interest rates and generate growth in lending/debt. At some point, in a liquidity trap, this growth in debt becomes counterproductive. Debt is essentially the pulling forward of future demand. If you overdo it, demand in the future will fall and lead to lower growth and income to support this debt in the future. It appears that we are there now. Any debt-financed growth at a point when we are past optimal debt levels will merely provide a temporary boost to nominal levels of growth, only to be dragged back down in the future.

When growth in debt outpaces the income it produces, one of two things must happen. Either you default on the debt, or the yield on this debt must fall upon its refinancing. We live in a world where QE is the norm and sovereign funding is virtually assured ad infinitum. Governments will always attempt to refinance their debt and avoid the pain of default. And, an increasing level of sovereign debt just ends up on the central banks' balance sheets. The problem lies in the fact that sovereign debt levels have grown faster than the income that can service this debt. As global growth slows due to structural issues, income becomes insufficient to service the increasing levels of debt. By definition, if there is less income to service debt, that debt can earn less and its yield has to fall. Put another way, the yields on debt have to fall to sustain the rising levels of debt.

Increasing debt levels are in fact symptomatic of stagnating economies. In a world where QE is the norm, if sovereign debt levels continue to rise faster than the income to support it, yields are likely to remain low.