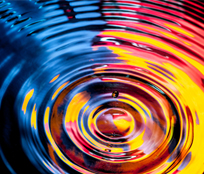 Investor attention to the ongoing outbreak of a respiratory disease, first referred to as coronavirus and now as COVID-19, has intensified this week. Market analysts are assessing the magnitude of short-term economic shock beyond China, and we believe the heightened concern globally is not without basis. From what was thought of as a predominantly domestic public health crisis in China that first emerged in 4Q19 in Wuhan, the country’s sixth-largest city by population, the epidemic has now spread to 37 countries across five continents, according to data from the Center for Disease Control and Prevention (CDC).

Undoubtedly, the short-term pain is immediate and acute for the Chinese economy. The upcoming release of February data in mid-March should provide the first glimpse into the extent of damage. Anecdotal reports point to an activity falloff in 1Q20 that would be unparalleled in recent history. The regions in China under official lockdown (around 50 cities in four provinces) are likely to be hardest hit. Restricting the movement of people, while necessary, has a punitive effect on household consumption, especially in the services sector. Indeed, the timing could not have been worse, given the peak travel season due to the Lunar New Year holidays.

It should be noted that there has been significant progress in containing the outbreak within China, as evidenced from declining new cases and rising recovery rates. That said, full economic normalization in China will take time. While the majority of state-owned enterprises have reportedly resumed operations after an extended period of closure, small and medium-sized firms continue to face operational challenges. The situation regarding air travel provides some guidance as to the extent and duration of the cyclical downdraft in China. Over 70 airlines have suspended flights to China, with cancellations as far out as the end of April.

So it comes as little surprise that last week the IMF revised down China’s GDP growth to 5.6% in 2020, the slowest since 1990. Ironically, the downgrade came just one month after an upgrade of the IMF’s forecast to 6.0% (previously 5.8%) following the passage of the US-China phase one trade agreement in mid-January. Further downside risks to growth exist given the evolving developments surrounding the COVID-19 outbreak. In our view, the central government in China is amply equipped to spur activity via expansionary fiscal and/or monetary policies as necessary.

Despite containment progress in the epicenter of the outbreak, we would stop short of proclaiming it is “business as usual” for China. Given the recent rise in infections outside China, this is also true for the global economy. We believe the growth risks still skew toward the downside for the first half of 2020. What’s more, we think the pundit-driven scenario of a V-shaped rebound, drawing from the Severe Acute Respiratory Syndrome (SARS) episode of 2003, falls short on at least two counts.

First, the economic influence of China on the rest of the world is far greater today than it was before China’s WTO accession in late-2001. Over the last two decades, China’s share of global GDP has increased significantly, to 16% from 5% (Exhibit 1). It is possible that the extent of supply chain disruptions, underscored by Apple’s recent sales warning, has yet to be fully appreciated. Equally significant is the impact on global tourism, given travel restrictions imposed on China. The number of outbound Chinese travelers has risen dramatically to close to 150 million annually, from below 20 million in the early 2000s (Exhibit 2). Tourist destinations that are some of the most reliant on Chinese visitors—Europe, Japan and South-East Asia—will feel the bite.

Second, we would note that, in a world now dominated by social media, “herd instincts” of communities could accentuate the psychological toll over and beyond what is reasonable. Excessive communication, particularly from non-expert sources, can be immensely counterproductive. As an illustration, empty supermarket shelves recently seen in Hong Kong, Italy and Singapore reflect the panic buying that was allegedly induced by misinformation regarding supply shortages. As our Singapore-based colleagues aptly put it, a fear-induced reaction function could infect the economy harder than COVID-19 itself.

Given the broadening scope of infections globally, the question of effective containment is likely to linger. This is especially crucial if EM countries, where public health standards are not as strong, are affected. While the mortality rate of COVID-19 appears low relative to SARS, uncertainty persists, especially if the outbreak should last longer than is widely assumed. We acknowledge that there continue to be a lot of unanswered questions about COVID-19. At the time of this writing, we still see the growth impact as primarily falling on China and its largest trading partners, and expect activity to recover by the second half of the year. On the other hand, an accelerated, broad-based and prolonged outbreak will materially shift the global growth trajectory over the course of 2020.