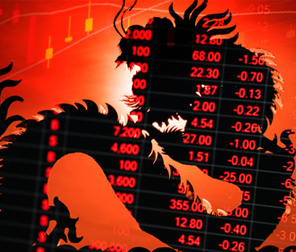 A proliferation of debt issuance by myriad financial institutions in China in recent years has led to increased market visibility. The Chinese financial system has grown phenomenally in recent years, both on an absolute and relative basis versus its global peers. Over the past five years, US dollar-denominated bonds issued by Chinese financial institutions have grown from less than 3% of the investment-grade JPMorgan Asia Credit Index (JACI) to 20%. To be sure, the increase in supply should not come as a surprise given the rapid growth of the Chinese economy. Over the past two decades, GDP growth averaged a staggering 9.1% per annum. China is now home to the world’s largest banking system with assets totaling US$40 trillion, and the US is a distant second with US$17 trillion. By asset size, the so-called Big Four Banks—Industrial & Commercial Bank of China (ICBC), China Construction Bank (CCB), Agriculture Bank of China (ABC) and Bank of China (BCHINA)—take up the top four spots on the global league table.

Conceptually, financials can be viewed as a levered play on the sovereign, since bank borrowings are meant to fund future growth. Given limited offshore debt issuances by the central government, bank bonds—alongside quasi-sovereign securities—are widely held by investors as an allocation to high-grade credits in China. Western Asset holds a baseline view of sturdy cyclical growth in China, and considers an economic hard-landing as a low-probability scenario in the short term. We are comfortable with taking exposure to top-tier Chinese financials that have systemic importance to the national economy. In addition to the Big Four, these would include policy banks that are wholly owned by the state, such as China Development Bank and Export-Import Bank of China, which are rated on par with the sovereign (A1/A+/A+). On the other hand, the Big Four banks are also rated on par by Moody’s, and one notch lower by S&P and Fitch.

Recent idiosyncratic events involving small banks underscore the importance of credit differentiation. In late-May, regulators took over the unlisted Inner Mongolia-based Baoshang Bank, an active issuer of onshore Negotiable Certificate of Deposits (NCDs). Shortly after, the external auditor for Liaoning-based Bank of Jinzhou resigned, prompting the price of its US dollar-denominated subordinated bond to plummet almost 20 points. In hindsight, both banking-related events are well-flagged given broad-based macro concerns over the pace of credit expansion. City commercial banks, as these two institutions are classified, rely heavily on wholesale funding. While accounting for only about 10% of total assets, they take up half of the outstanding NCDs. For both banks, the authorities’ eventual intervention has an element of regulatory forbearance, in the context of an overriding objective of shoring up market confidence.

As with our general approach to emerging market financials, our investment thesis is to favor bonds issued by systemically important financial institutions in China. While a high probability of a sovereign backstop is welcomed, as single-name investors, we think it would not be prudent to use that as the only investment condition given that bank credit profiles still do matter. As long-term fundamental value investors, we would argue that lower-tier Chinese banks do not look attractive from a risk/reward standpoint. For the active investor, the expanding menu of Chinese banks (along with non-bank financial companies) in the bond universe serves to reinforce the need for credit differentiation.