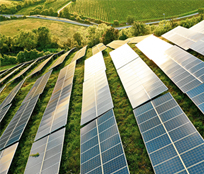 “Build Back Better” to Boost ESG

In our analysis of potential election outcomes last fall, we outlined how a second Trump term would continue to challenge ESG-oriented investors and companies, and how a Biden victory would result in a more supportive environment, subject to the ideological balance within Congress. While few could have predicted the gut-wrenching events of last week, it is now clear that the Democrats will take razor-thin control of the Senate as President-elect Biden moves into the Oval Office on January 20. Ahead of these changes, we share our views on how the ESG movement could accelerate under the new political regime.

In his “Build Back Better” plan, Biden outlined four key priorities: combating COVID-19; building back the US economy; advancing racial equity; and tackling the climate crisis. Though articulated separately in Biden’s platform, these priorities are deeply connected. Reaching “net zero” for greenhouse gas emissions will not only require significant spending and investment, but will also force us to confront a number of systemic challenges—whether from climate change, uneven economic opportunity, or lack of access to affordable health care—that disproportionately impact minority communities.

To be sure, Biden’s immediate energies will be consumed by accelerating Covid vaccinations and providing income relief. Yet Biden has also assembled a team that “will be ready on day one to confront the existential threat of climate change with a unified national response rooted in science and equity.”1 This group includes a diverse set of experienced and environmentally minded Cabinet nominees whose confirmations (with the new Democratic Senate majority) now seem reasonably assured. In addition, Biden has created two new high-level positions: a National Climate Adviser who will head up the first White House Office of Domestic Climate Policy, and an international climate envoy who will also sit on the National Security Council.

In his climate platform, Biden pledged to decarbonize the power generation sector by 2035 and achieve net zero emissions by 2050. Aside from rejoining the Paris Agreement on January 20, the Biden administration is likely to pull on three levers to advance these ambitions.

First, the federal government is expected to use its vast regulatory powers to improve corporate and investor behavior. The EPA and Department of Energy, for example, could raise standards for auto vehicles and appliances, power plants, air and water pollution, and methane emissions by oil and gas companies. The SEC could standardize and mandate issuer disclosures around environmental risks and board and management diversity, and could require asset managers to provide transparency around their approaches to ESG and the climate concerns in their portfolios. Banking regulators could include climate scenarios in their resilience tests to drive more efficient pricing of environmental risks across the economy. Note that the Federal Reserve, whose responsibilities include supervising financial institutions, recently joined the Network for Greening the Financial System, a consortium of central banks working to develop climate risk management best practices in the financial sector and support the low-carbon transition across capital markets.

Second, the administration and legislature will attempt to pass an infrastructure stimulus package that includes funding for clean energy investments and research. As envisioned in Biden’s campaign proposal, this package would include research funding for battery, carbon capture and green hydrogen technologies, the addition of 500,000 additional electric vehicle charging stations (which currently number 50,000), and upgrades to 4 million commercial buildings and 2 million homes. The $900 billion December stimulus bill, which received bipartisan support, included extensions for a number of investment and production tax credits for alternative energy. But, we believe that a more comprehensive set of provisions, with an expected price above $2 trillion, could be passed through the reconciliation process.

Third, the administration may implement carbon pricing across the US. A carbon tax or cap-and-trade emissions scheme would be most impactful if introduced at a national level, but could also be administered at a state or regional level. Even absent Congressional support for a carbon tax, the Federal Energy Regulatory Commission (FERC) could apply carbon pricing in electricity markets to help push the country toward the 2035 decarbonization goal. Such actions may be needed to remain competitive with efforts in other countries. Carbon border adjustments, which would place levies on imports of emissions-intensive goods from countries with more lenient standards, are on the EU docket for 2021, and are being considered by other US trading partners as well. Treasury Secretary-nominee Janet Yellen has been a vocal proponent of carbon taxes and carbon border adjustments, and will likely be advocating for carbon pricing within the new Administration.

As a UNPRI signatory, Western Asset is aligned with efforts to achieve a lower-carbon future. Reaching net zero will be a win not only for ESG investors, but for us all.