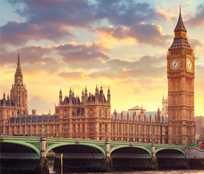 Britain, The Bank and Brexit—Implications for UK Markets

June was already shaping up to be an interesting month for UK markets given the latest round of trade talks between the UK and EU, and the upcoming July 1 deadline to agree on an extension to the “transition period”. But with evidence emerging around the scale of the recession, and the resulting policy responses by the government and the Bank of England (BoE), there are additional factors that investors need to consider when assessing the implications for UK markets.

Growth contracted by 2% in Q1 compared to expectations of -2.6% and initial estimates from the BoE’s May inflation report of -3%. The BoE forecast UK GDP to contract by a further 25% in Q2 and to be -14% for 2020 as a whole—considerably more pessimistic than private-sector economists’ consensus forecast of around -8%. The BoE’s baseline is for growth to pick up “relatively rapidly” in H2 but for end-2019 activity levels not to be reached until late 2021. Inflation is expected to fall below 1%, reflecting both the slump in demand and recent developments in the price of oil, while unemployment is forecast to rise to around 8%. In response, the UK government has announced a significant increase in fiscal spending and related measures, including immediate spending of approximately 5% of GDP, deferrals equivalent to around 2% and other liquidity/guarantees equivalent to around 15%. Consequently, government borrowing is expected to increase to as much as 15% of GDP over the fiscal year 2020-21. Given the concurrent recession and large increase in fiscal spending, debt issuance for 2020-21 is estimated to increase to £250-300 billion, with the level of government debt/GDP expected to hit 100%. Further fiscal measures are expected to be announced in a July budget.

In order to support economic activity and meet its inflation objective, the BoE’s Monetary Policy Committee (MPC) cut interest rates to 0.1% in May and voted by a majority of 7-2 to continue with its £200 billion gilt and corporate bond purchase programme, taking the stock of these purchases to £645 billion. The topic of negative interest rates has been discussed by the MPC and is priced into markets by early 2021. While the MPC has been careful not to rule this out, the dissent of two MPC members in favour of increasing asset purchases suggests this policy tool is more likely to be used in the first instance, possibly as soon as this month.

As the clock ticks down towards the July 1 deadline the UK government’s stated position is that it will not request an extension. But this focus has instead shifted to the latest round of negotiations around the future trading relationship. To date limited progress appears to have been made with the previous rounds of talks ending in mutual recriminations. While there are many outstanding issues, major sticking points remain over fishing rights and “level playing field” provisions. Our base case remains that both sides will reach an accord on some form of free trade agreement with zero/low tariffs.

Despite concerns about the surge in government bond issuance, in common with other large advanced economies, we expect BoE asset purchases and ongoing investor demand to largely offset this increase. With the prospect of a bare-bones trade deal at the end of the year coinciding with an already challenged growth picture and below-target inflation, it seems likely that the BoE will keep rates at a very low level for the foreseeable future and announce further increases to asset purchases. Consequently, we believe that UK gilt yields and corporate bonds will remain well supported. Conversely, we think this backdrop is less supportive for the British pound given the potential prospect of lower inward investment and portfolio flows.