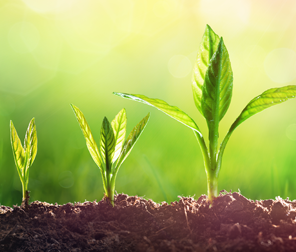 Brazil—Green Shoots on the Horizon?

The current GDP rebound has been unambiguously underwhelming by historical standards in Brazil. Recent activity data continued to disappoint analysts, including us. Over the course of the past year, we have sequentially revised downward our 2019 GDP growth forecast to 0.8% from 1.9%. According to the weekly survey compiled by Banco Central do Brasil (BCB), the consensus forecast has similarly downshifted to 0.8% from 2.6% over the same period. The tempering of analysts’ enthusiasm reflects a combination of several factors: trade tensions, global growth challenges, the market turmoil in neighboring Argentina and a still-tight monetary stance in Brazil. The current conditions are all the more uninspiring when viewed in comparison with the prior downturn. Following a cumulative GDP contraction of almost 9% between 1Q14 and 4Q16, Brazil has only retraced 3.8% from the trough over the past two and a half years.

While acknowledging the risk of being disappointed yet again, we now believe the much-awaited economic rebound will take place in 2020. Our change of view rests on nascent signs of “green shoots” that have begun to emerge. We have revised our GDP growth estimate for next year to a seven-year high of 2.0% (current 1.6%). At the same time, we increased our full-year 2019 GDP growth estimate a tad higher to 0.9% (current 0.8%). Our reasons for being more optimistic are threefold.

First, monetary policy is entering an expansionary phase. The BCB lowered its reference rate (SELIC) by 100 bps to 5.5% so far this year. We anticipate it will continue to lower rates to 4.5% by year-end. These additional cuts will push the real rate to around 1.0%, well below our own neutral rate (r*) assessment of 2.5%. Further, our proprietary Financial Condition Index points to easier financial conditions already in 4Q19, and rising for 2020 (Exhibit 1).

Second, consumption is expected to grow at a faster pace in the coming quarters. Factors underpinning increased personal spending include higher disposable income (helped by low and decreasing inflation), job creation, rising consumer confidence, credit, as well as the disbursement of forced savings of formal workers in the next 12 months (estimated at 0.6% of GDP). Additionally, lower rates are already changing the mood of homebuilders.

Last but not least, structural reforms appear to be broadly on track. The government has managed to approve the Social Security reform in the Lower House in August and the Senate has just approved the bill. This reform will help reduce fiscal risk in the coming years, while underpinning business confidence. In addition, an agenda of economic reforms such as the Tax Reform and other microeconomic reforms are already in the pipeline, along with some concessions and oil fields transfer rights that could boost investment in the coming years.

The upshot is that signs of an economic upturn will likely become more evident, given a combination of the cyclical and structural supports mentioned above. All in, after years of downward revisions on growth, we became more positive on a cyclical recovery for 2020. Stronger growth, in its turn, tends to create a sort of positive feedback process, reinforcing the view among the political class that the liberal agenda of reforms introduced by the economic team is the right path ahead.